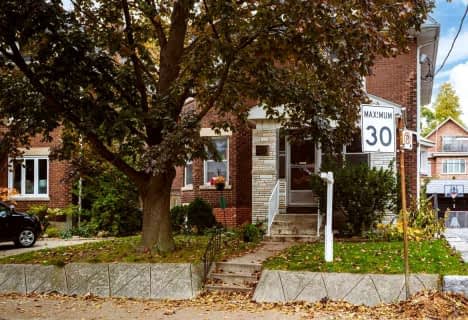 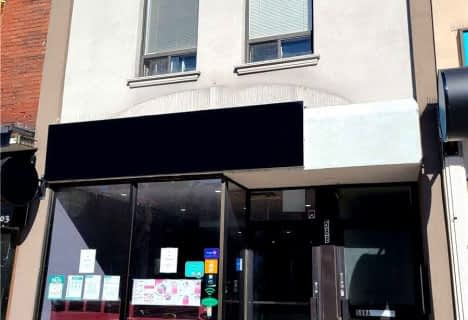 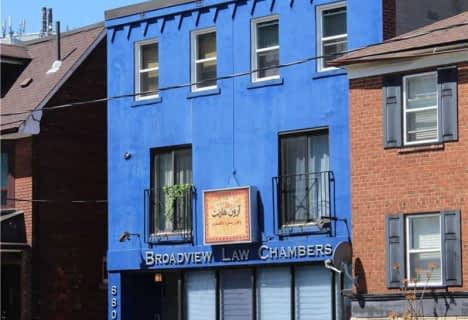 Playter Estates-Danforth, mostly known simply as Playter, is a region in the east end of Toronto bordered by Fulton Avenue in the north, Jackman Avenue to the east, Danforth Avenue in the south and the Don River Valley to the west. This community is built on land that was once owned by the Playter family for whom the main streets in the area are named after. The old farmhouse of the Playter family (28 Playter Crescent) is now known as the Playter Mansion, and is often used for a variety of films, television shows, as well as commercials.

Playter Estates-Danforth real estate is in a neighbourhood which is traditionally Greek, however it is increasingly becoming popular amongst young professionals as well as artists. The area has become even more popular after the weekend-long celebration called the Taste of the Danforth has been established. This festival explores the cultures and cuisines available in the area and attracts many local as well as international visitors.

One of the most appealing aspects of living in this area is the expedient access to the outstanding shopping on Danforth Avenue. Everything that residents or potential buyers of houses for sale in Playter Estates-Danforth would need can be easily found. There are wine making shops, gourmet cafes, fashion boutiques as well as the best variety of Greek restaurants in the City of Toronto.

The Carrot Common on the Danforth at Jackman Avenue offers various stores within the nature or health theme. Carrot Common's largest store is the Big Carrot which is a natural food shop that attracts customers from all over the city.

Homes for sale in Playter Estates-Danforth are extremely desirable as the exclusive enclave of houses are situated just east of the Don Valley. As well as wonderful abodes, this neighbourhood offers expedient contact to the first class shopping district of the Danforth as well as quick access to public transit.

Playter Estates is consists of large detached and semi-detached Victorian and Edwardian style houses built mostly between 1912 and 1930. The style and size of these dwellings is fairly consistent though, each house has its own ornamental accents varying from whimsical front porches and stone gates as well as slate roofs and fish scale shingles.

Even though the rising home prices in the community are accommodating to upper-middle class residents, the area still tends to tilt to the left of the political scale, mostly supporting New Democratic Party candidates in provincial and federal elections.

Playter Estates is named after the Playter family who owned the original grounds on both sides of the Don River near Bloor Street. The patriarch of the family, Captain George Playter, was a United Empire Loyalist who moved to Canada from Pennsylvania in the 1790s.

George's son James Playter, owned the estate where Playter Estates is today. Conversely though, it was James' eldest brother John who essentially settled on this land.

The estate around the homestead was used for farmland up until 1912, when the present neighbourhood was developed.

MLS listings might mention that daily errands do not require a car in Playter Estates-Danforth since it is a walker’s paradise! However, public transit is available as the Bloor-Danforth Subway Stations at Broadview and Chester, are both a short walk from the neighbourhood.

Commuters moving in and out of the city can get instant access to the Don Valley Parkway on-ramps, situated just west of Broadview Avenue.

Playter Estates-Danforth real estate agents will be the first to tell potential homebuyers that the nearby East-end landmark known as “The Danforth,” is the largest Greek neighbourhood in North America. The Grecian culture and influence are displayed throughout this wonderful shopping community.

Like Playter Estates-Danforth, it is also within close proximity to the downtown core and offers residents direct subway access. The shopping opportunities here are endless as there is a collection of hip and traditional stores as well as a huge assortment of marvellous restaurants in the area. The Danforth is popular all year round, but in the warmer months, the sidewalks are filled with colourful planters and fresh local produce.

MLS listings for homes for sale in Playter Estates-Danforth might mention the nearby entertainment attractions and recreational facilities in the community.

The nearby Riverdale Park East is one of Toronto's largest parks and includes an artificial ice rink, sports fields, seven tennis courts, a swimming pool, and a walking/running track.

Riverdale Park also offers access to the Don Valley Ravine. This ravine features a bicycle trail which runs south through the city along the west side of the Don River, where it links to the Martin Goodman Trail along the waterfront.

The Pape/Danforth is the closest public library and it offers a variety of children's programs.