3 homes for sale in Broadview North 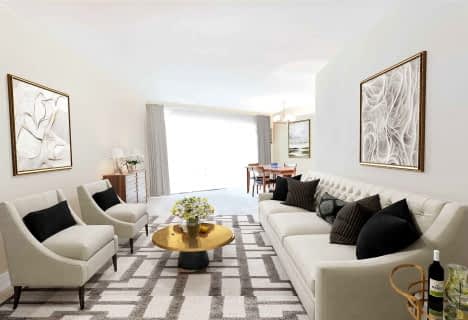 Broadview North is a neighbourhood in Toronto situated in the former East York. Although East York was a much larger district, the name has been reserved as a reminder to the days before the amalgamation. There are numerous definitions of its size, but at its biggest Old East York covered the fraction of the previous city south of Taylor-Massey Creek and the Don Valley Parkway. It therefore spans from the Don River in the west to Victoria Park Avenue in the east. The southern border is the old border between East York and Toronto.

Real estate in Broadview North has now been rediscovered by Torontonians that value the closeness this neighbourhood is to downtown. Additionally, potential homebuyers admire the easy access to public transportation and its proximity to the Danforth. Within the area is a glut selection of Greek establishments including restaurants and shops.

Though, people searching for real estate in Broadview North are also excited by the great range of homes, schools, calm child-friendly streets, parks and recreational facilities. Stan Wadlow Park is one of the many in the community, just off Cosburn Avenue which offers five baseball diamonds and a batting cage, two outdoor swimming pools, a handball wall, as well as picnic areas.

Homes for sale in Broadview North are in demand because there is a minor selection to choose from. A majority of the residences in the neighbourhood are rented out to tenants, or smaller homes are being upgraded into larger ones.

The majority of the housing stock in Broadview North was built in phases starting in the 1890s and enduring right up until the early 1960s. With the homes having been constructed over such a long period of time, a multitude of diverse housing styles is clear from one street to the next.

East York is made up of two storey or one-and-a half-storey single family detached or semi-detached houses. In addition, it is very common to find a profusion of bungalows, and some newer custom built homes. There are also a great number of high rise rental buildings centred along Cosburn Avenue between Broadview and Donlands Avenues. Lastly, this area has significant Serbian and Greek populations.

The Township of East York was integrated on January 1, 1924. At that moment East York was made up mostly of market gardens, a few brick making yards and a race horse track that was situated in the area bound by Oak Park, Lumsden, Chisholm and Danforth Avenues.

Near the beginning, East York's populace consisted mostly of workers in the local market gardens and brick yards and returning World War One veterans with their families. East York's largest era of growth happened between 1946 and 1961 when the housing supply almost doubled in size.

East York held the merit of being Canada's only Borough until 1998 when it was amalgamated into the City of Toronto.

MLS listings might make note that most errands can be accomplished on foot in Broadview North.

East York residents are suitably situated within a ten to fifteen minute drive of Toronto's entertainment and financial districts.

It also acts as an access point to Taylor Creek Park which is part of a long paved trail that is perfect for nature walks, jogging, and cycling. Neighbouring Stan Wadlow Park is the East York Memorial Arena which has recreational and league hockey programs and public skating.

Across the street from Stan Wadlow Park is the East York Curling Club. The Dieppe Park Sports Complex has an outdoor ice rink, sports fields and a baseball diamond.