40 homes for sale in South Riverdale 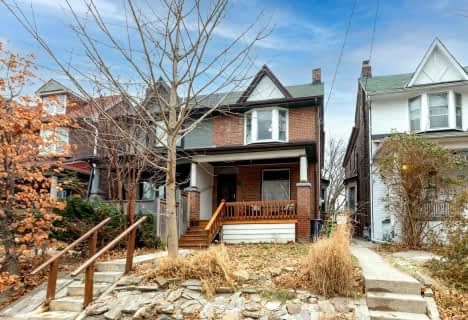 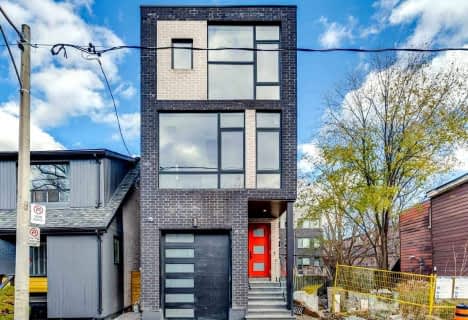 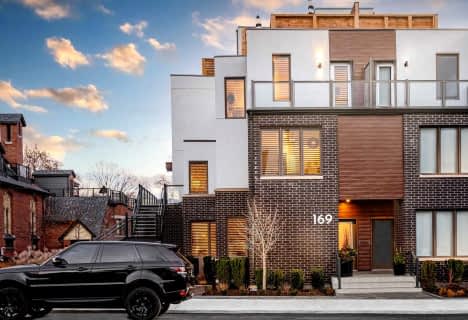 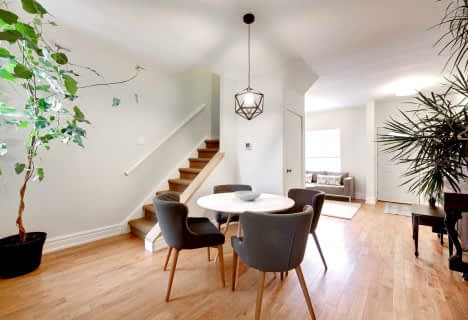 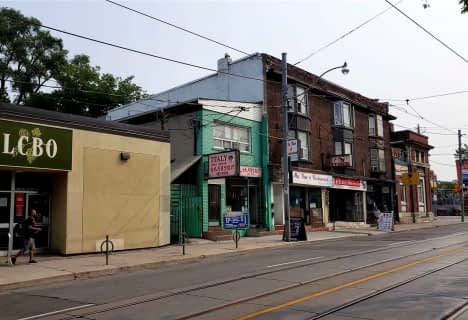 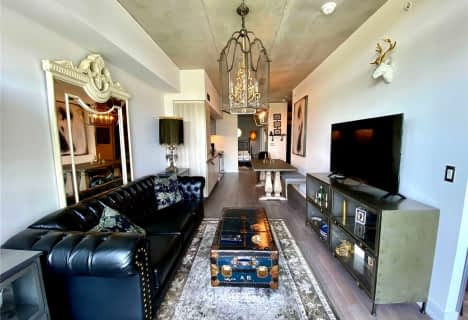 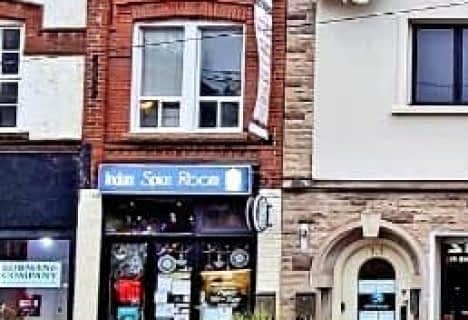 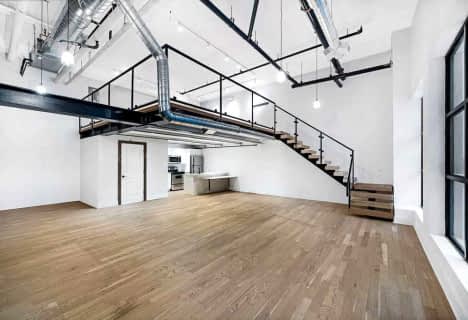 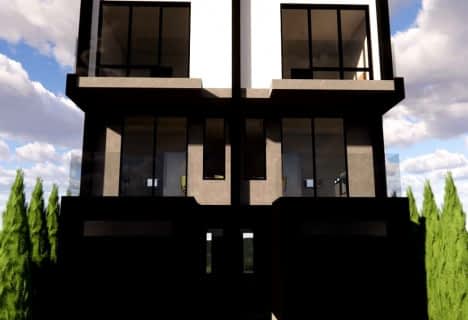 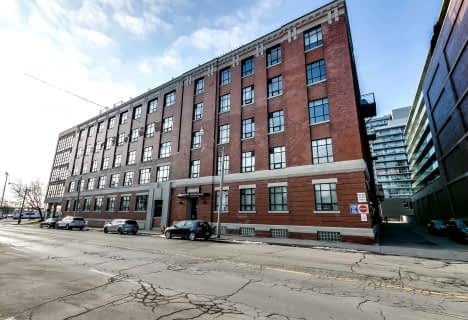 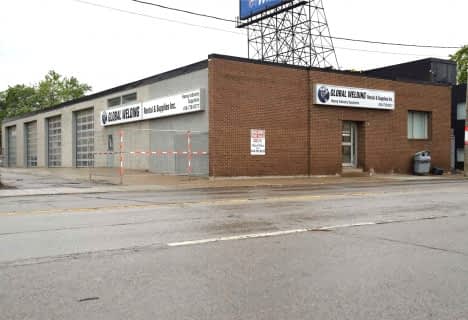 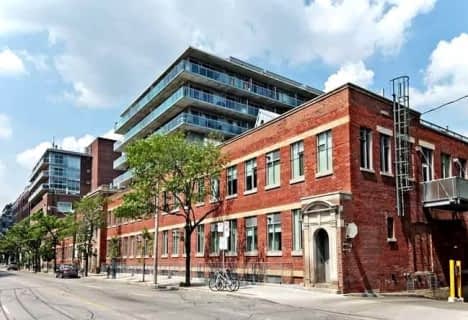 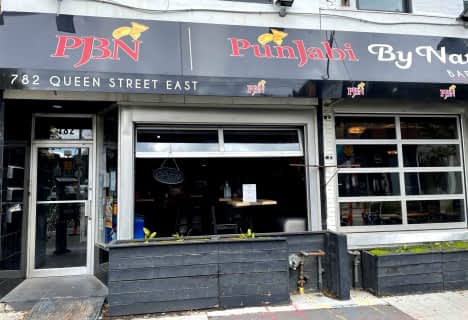 South Riverdale, as its name implies, is the southern half of the Riverdale community. Its rough borders are: Gerrard Street East to the north, Jones Ave. to the east, Lake Shore Boulevard to the south and the Don Valley Parkway to the west.

South Riverdale consists of many smaller neighbourhoods including Riverside, East Chinatown, the Studio District, Blake-Jones, and The Pocket.

Schools are always high on the lists those looking for South Riverdale homes for sale. Fortunately, there are three local elementary schools specific to the area; Blake Street, which also houses East End Alternative, Earl Grey, and Pape Avenue. The high school that is specific to the area is Riverdale Collegiate Institute. Furthermore, there is also an alternative high school, Eastern Commerce, in the Donlands/Danforth area.

Situated within South Riverdale is a district residents refer to as “The Pocket.” The exact description of the area has throughout times taken up different borders, but the Pocket is now known to be "accessible only from the west along Jones Avenue." This means that the area is bounded by Chatham Street at the north, which is not accessible from Jones, and on the southern end by Boultbee Ave. The Eastern side is bordered by the TTC Greenwood yard.

The name "The Pocket" was given by local residents at the time during a planning meeting attended by Susan McMurray, also a neighbourhood editor of a newsletter for the area. The title has stayed in part because of the "village feel" of the area, and has turned into a well used name by realtors and residents alike. The Pocket has been undergoing a gentrification comparable to that of Riverdale and other parts of Toronto.

For The Pocket, this first started happening in the 1990s. The area is marked as one the ten hottest neighbourhoods in Toronto Life and is considered "coveted" by the Globe and Mail who claim that buyers will pay a premium to live in the district. The Pocket has an above average amount of inhabitants from the Muslim and Greek Orthodox communities living in the area.

Semi-detached and 2-storey Victorian and Edwardian style homes are most common whereas the average number of bedrooms in homes for sale in South Riverdale is three.

Riverdale was a small countryside area up until the Grand Trunk Railway began piping through in the 1850s. The railway brought fourth industry and employment opportunities to the region. It also lured in an assemblage of workers who built the first homes in Riverdale, south of the railway tracks.

North of Queen Street, Riverdale stayed mainly undeveloped until 1884 when it was annexed by the City of Toronto. At that time, Riverdale was called Riverside. The name was probably changed to Riverdale as a reference to the municipal park with the same name, which has been a landmark in this region for a long time.

Riverdale's urbanization was sped up in 1918 with the construction of Toronto's largest bridge, the Prince Edward Viaduct. The Viaduct gave Riverdale a significant connection to Toronto, west of the Don River, and marked a coming of age for this well-liked area.

South Riverdale real estate agents might mark on their MLS listings that most errands can be taken care of on foot in the neighbourhood. This is a perfect place for motorists as the Don Valley Expressway, Lake Shore Boulevard, and the Gardiner Expressway are all easily accessible from this area.

South Riverdale also has outstanding access to public transportation. There is regular bus and streetcar service on Greenwood, Carlaw, Broadview and Jones Avenues, as well as Queen and Gerrard Streets. The Bloor-Danforth subway has five stations that service Riverdale, including Broadview, Chester, Pape, Donlands, and Greenwood.

South Riverdale also has about 2 car shares from Zipcar.

Prices of homes for sale in South Riverdale and anywhere in the world depend on the closeness and availability of shopping and amenities. However, this region is best known for its shopping corridor along Danforth Avenue, east of Broadview. The Danforth is the heart and soul of Toronto's Greek community. It showcases many first class Greek restaurants as well as an impressive assortment of stores. Riverdale also has a Chinatown shopping district centred on Gerrard and Broadview. This span of stores is known for its bakeries, grocery stands, and restaurants.

Another great shopping destination for Riverdale residents is Queen Broadview Village. This significant shopping district features some attractive collectible and antique stores. Gerrard Square is placed at the corner of Pape Avenue and Gerrard Street and is a big indoor shopping area with over 70 stores.

Just to the east of Riverdale Park is Withrow Park which has an ice rink, an enormous off-leash dog area, two baseball diamonds, play structures, and a soccer field. In South Riverdale is Jimmy Simpson Park which contains tennis courts and a community centre.

In the southwest point just north of Queen St. East on Broadview Avenue is the Royal Canadian Curling Club. This club offers 6 sheets and hosts leagues for about 500 members. The last park in Riverdale is located further east along Blake Street is Kempton Howard Park (formerly East View Park) and was renamed in 2007.