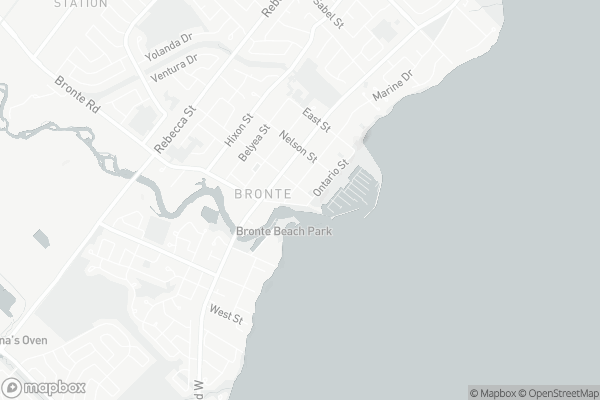 This building can be found at 11 Bronte Road, in the neighbourhood of Bronte West, in Oakville, Ontario. Among the nearby neighbourhoods are Bronte East, Glen Abbey, West Oak Trails, Rural Oakville, Palermo West. 184 new homes are available for sale in Oakville's Bronte West neighbourhood, representing 15.6% of all current listings in the city. In Oakville, the average price for a home in Bronte West is $1,691,827. Bronte West homeowners pay a monthly mortgage of $5,731, 1.3 times less than Oakville's average price for a home. According to the MLS, the average listed property in Bronte West has 1321 sq ft, 2.3 bedrooms, and 2.5 bathrooms. Among the residential properties for sale in the area surrounding 11 Bronte Road, 12.5% are apartments.