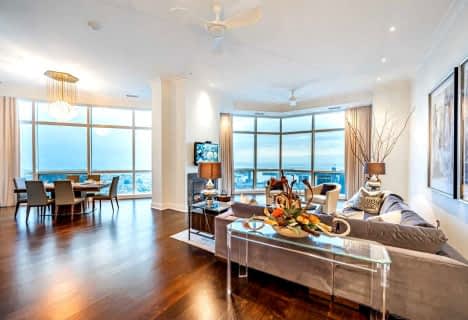 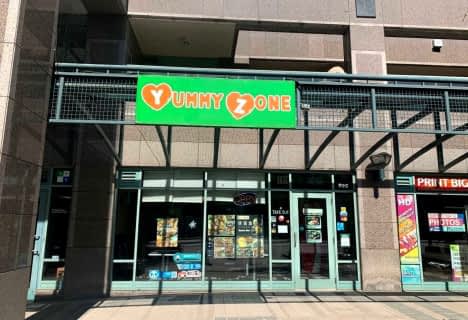 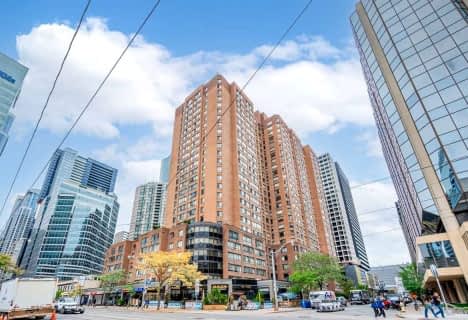 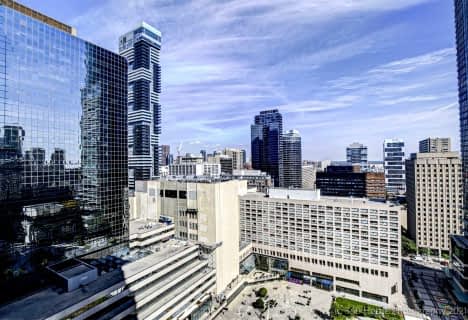 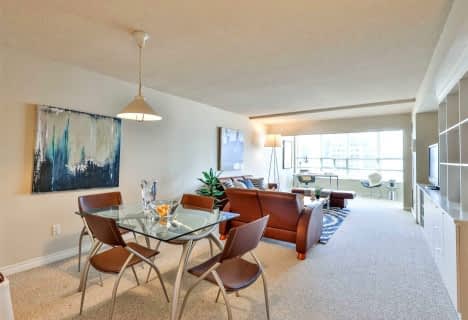 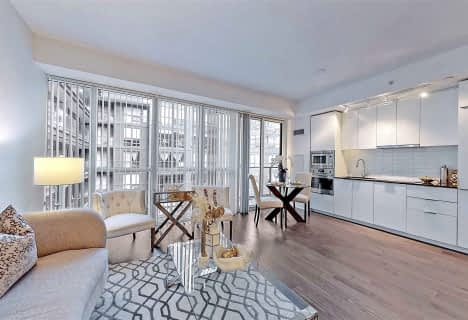 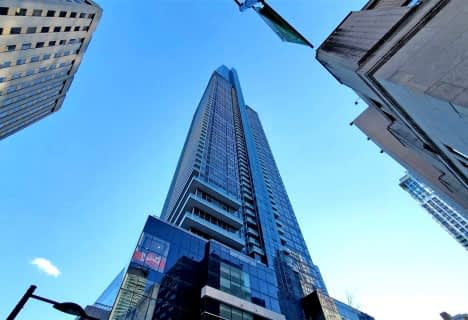 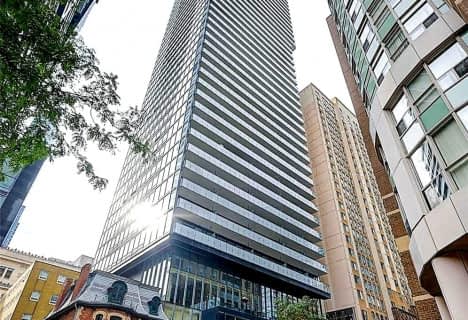 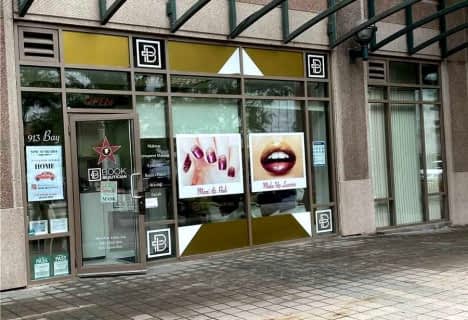 Bay Street Corridor real estate is one of Toronto’s leading condo markets; its development attracts many young professionals to this quarter. Its close proximity to many landmarks in Toronto brings in a blend of both investors and residents to this area. The Financial District and Hospital Districts are both within walking distance, providing a convenient space for specialized laborers to live.

Bay Street Corridor real estate agents specialize in finding students and professors alike a place to live since it is close to some of the finest educational institutions in the metropolis. The University of Toronto and Ryerson University are in the vicinity. The world-renowned Bloor-Yorkville area is also with in close proximity and the amenities on Bay Street are abundant.

Bay Street spans from Queens Quay (Toronto Harbour) in the south to Davenport Road in the north. The initial section of Bay Street stretched only as far north as Queen Street West. Segments north of Queen Street were later renamed Bay Street as quite a lot of other streets were merged and several gaps filled in to create a new main road in the 1920s.

Glimmering new high-rise condo buildings are increasing along the Bay Street Corridor. A majority of these condominium buildings have been constructed in the past twenty years with most of them being put together in the last ten years. Nearly all of these can be categorized as luxury buildings and include amenities such as fitness facilities, pools or 24 hour concierge service.

East off Bay Street, tucked away on some of the side streets, a limited amount of townhomes and houses are present. Bay Street Corridor real estate thrives in these pockets since these quaint residential city streets are so close to a bustling high density community.

Homes for sale in Bay Street Corridor can be pricey, since the first rule of real estate is Location, location, location. This area has it all with convenience stores all around to restaurants and grocery stores like Whole Foods and Pusateri’s. Besides easy access to basic everyday items, shopping can also be done in the Downtown Yonge shopping district for eclectic items. Decorating a home can be done effectively with home furnishing stores nearby.

Upscale shopping in Canada’s fashion capital is so accessible since the Bloor –Yorkville shopping district is so close. International clothing brands and fashion stores line the streets and chic cafes are sprinkled around as well. Upscale, gourmet restaurants and casual eateries are spread out for residents’ dining pleasure. Whether it is the day or night, entertainment in this neighbourhood is easy to come by.

Toronto is a city that has blistering cold winter days, though in Bay Street Corridor, residents have the luxury of staying warm inside the Atrium on Bay, Eaton’s Centre, the Manulife Centre and College Park Shopping Mall. A majority of these shopping spots are connected by the city’s underground PATH retail public space.

The area now known as the Bay Street corridor was previously named St.John’s Ward, then “The Ward,” because it was a municipal ward of the City. This area has been a well-known location in Toronto since 1827 with the establishment of Kings College later re-named the University of Toronto. In 1899 Toronto City Hall was moved to the corner of Queen and Bay streets and Eaton’s Department store opened their College Park branch at Yonge and College Streets in 1930.

A residential revitalization of this neighbourhood started in the 1990s with a condominium construction boom down the Bay Street corridor. This condominium jump continues to this day with copious, luxurious high-rise buildings completed or under construction.

The Bay Street Corridor is an excellent site thanks to its closeness to everything. For many who live in the area, walking is the major means of transportation, though other options are available. A small part of Bay Street is assisted by streetcar and the rest of the street is supplied by bus service. Streetcar lines also run along College Street, Dundas Street West and Queen Street West. The Bay subway station on the Bloor-Danforth line and the St.George, Wellesley, Dundas, College, and Queen’s Park subway stations on the Yonge-University-Spadina subway line are all within walking distance. Bike and car sharing programs are also prevalent in the neighbourhood.

The Bloor-Yorkville area is the best place in Canada to shop for designer labels. Indigo’s flagship store is located on Bay and Bloor and is a wonderful place to sit back, read a book or magazine or shop for beautiful gifts. Also in the same building, the Manulife Centre, home furnishing stores, restaurants, boutiques as well as salon and spa services are available.

For those who like to stay fit, a GoodLife Fitness centre is also present in this location. The centre of Canadian banking and finance is at the intersection of Bay and King Street. Four out of Canada's five major banks have office buildings at the junction attracting many who work in the financial district.

Queens Park is a big park located off University Avenue just south of the Ontario Legislative Building. This park is highly treed and acts as a quiet breathing space inside a very busy city. There is a footpath and numerous monuments and statues in the park. Additionally, there is a YMCA at 20 Grosvenor Street which features a swimming pool and gym. Furthermore, the University of Toronto’s Hart House offers a selection of athletics, arts, and food and living classes to the general public on a membership base. Luxury jewelry stores and major department brands like Holt Renfrew and the Hudson’s Bay Company surround the Bay Street Corridor.