97 homes for sale in Kensington Chinatown
For sale 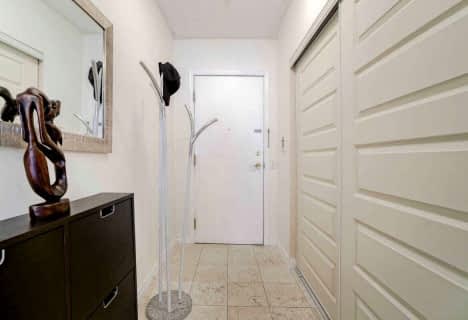 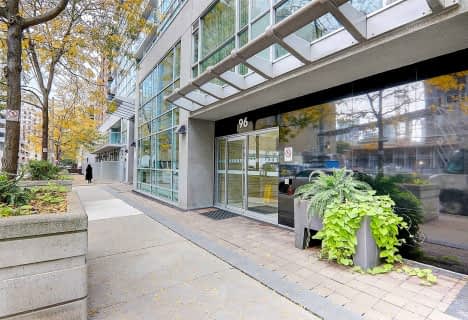 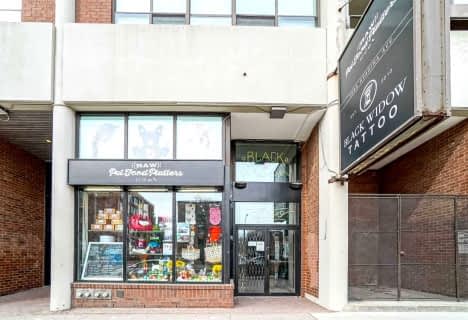 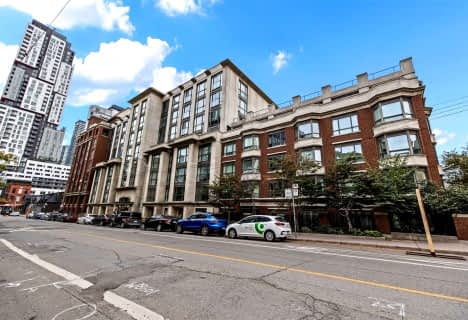 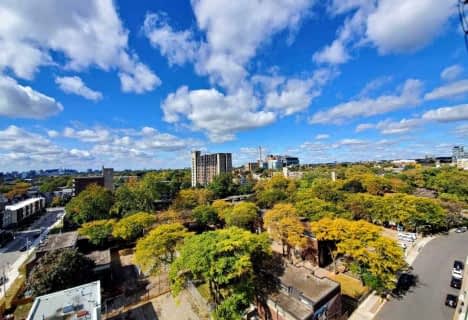 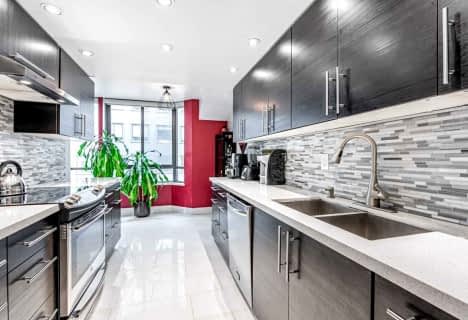 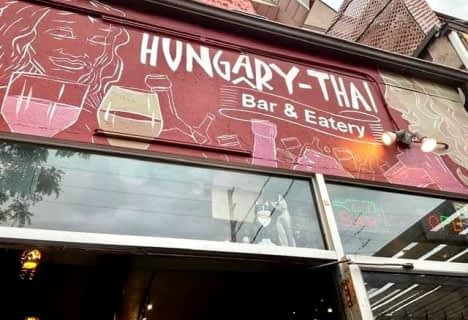 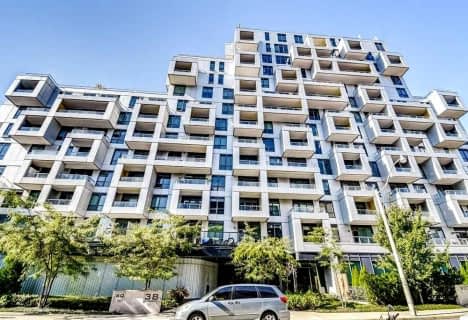 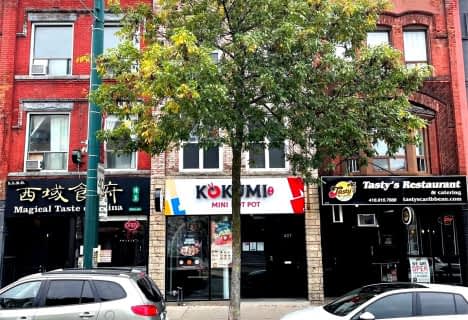 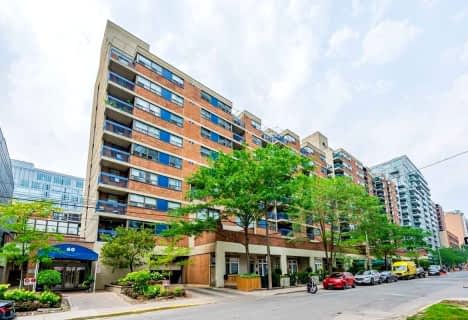 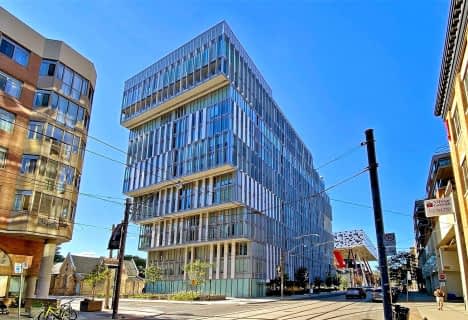 The Kensington-Chinatown neighbourhood is characterized by its popular outdoor market, which has develop into a hot spot for tourists. Thanks to its vast amount of stores it is also a well-liked shopping destination for residents of the city. This colourful, vibrant neighbourhood reflects a varied cultural blend of all that Toronto has to offer.

Kensington-Chinatown real estate is popularized by the many decorative accents flaunted on the homes. Within the community are small to moderately sized Victorian row houses which were built between the 1870s and 1890s.

The neighbourhood park and meeting place for Kensington-Chinatown residents is Bellevue Square. Located right in the middle of the neighbourhood, this park has a children’s playground and a wading pool. Most of the community’s diverse shops, cafes, and other attractions are positioned along Augusta Avenue and bordering Nassau Street, Baldwin Street, and Kensington Avenue.

Real estate in Kensington-Chinatown is in high demand from people who like living in areas that include a large diversity of cultures. Within this community particularly, there is a huge Chinese population amounting to just under 50%.

This neighbourhood attracts many artists and musicians alike, perhaps the hustle and bustle of the community provides them with a sense of inspiration. The neighbourhood showcases many historic Victorian homes which are adorned with fanciful designs on the exterior facades.

The location of this community is possibly one of the best reasons to settle in Kensington-Chinatown. Positioned in a great neighbourhood, everyday errands can be accomplished by foot and a car is not needed to get around. Close proximity to schools is also present here; the Toronto District School Board organizes the Kensington Community School.

Furthermore, the Toronto Western Hospital is located at Dundas Street West and Bathurst Street in the community. Another advantage would be that this neighbourhood is a distinguished tourist attraction, in November, 2006; Kensington Market was declared a National Historic Site of Canada. Finally, it is one of the cores of Toronto's cultural life. Kensington Market has been the centre and founding site of many punk and metal bands.

Kensington-Chinatown was initially part of a one hundred acre Park Lot bestowed to Captain John Denison in 1815. By the 1870s, this region had turned into a middle class Anglo-Saxon community with distinguishing British street names like Oxford Street, Kensington Avenue, Fitzroy Terrace, and Wales Avenue.

The Kensington-Chinatown neighbourhood started to change in the early 1900s when Eastern European Jewish immigrants began to settle in the community. Jews were excluded from the Toronto business community; so the Jewish families in Kensington opened stalls in front of their homes, and sold goods to one other. This Jewish marketplace was the beginning of an old world market in the centre of the Kensington neighbourhood.

Ever since the 1940s, Kensington-Chinatown has appealed to immigrants from all around the globe, and it has turned into one of the most culturally diverse neighbourhoods in the city of Toronto.

Toronto’s first mayor as an amalgamated city, Mel Lastman was born and raised in the Kensington-Chinatown neighbourhood.

MLS listings must highlight the fact that daily errands do not require a car in Kensington-Chinatown. This bustling community is the 3rd most walkable neighborhood in the entire city of Toronto with a Walk Score of 97.

Public transit does exist and streetcar service on Bathurst Street links passengers to the Bloor-Danforth subway line. The community is also serviced by the Spadina, Dundas, and Queen Street streetcars which travel to the Spadina station on the Yonge-University-Spadina subway line.

Those who are looking for a neighbourhood downtown are already there in Kensington-Chinatown. Driving is just a few minutes from the Gardiner Expressway and Lake Shore Boulevard.

Kensington-Chinatown homes for sale are conveniently located near many shopping opportunities. The area is overflowing with a combination of food stores selling a vast variety of produce, meats and fish. Quite a few bakeries, spice, dry goods stores, and cheese shops are also present within the community.

Many stores have an extensive array of new and used clothing for sale, and discount and surplus stores are also available. The neighbourhood is also home to countless restaurants ranging from different styles and ethnicities. A distinctive architectural trait of the neighbourhood is the existence of extensions built onto the facades of many buildings. Kensington-Chinatown also has upscale cafés, restaurants and clubs.

Kensington-Chinatown condos are positioned in a great part of town close to various entertainment attractions. In the community, Bellevue Square Park presents many festivals and concerts throughout late spring and summer. Another event to keep an eye out for is the annual Kensington Market Festival of Lights. This celebration takes place on the streets of Kensington Market in December during the Winter Solstice.

The Pedestrian Sunday’s festival is a car-free event in which the streets are closed off to cars on several Sundays in the summer. The festival attracts many people on the streets of Kensington Market and includes bands, street foods and more.

Furthermore, the Chiaroscuro Reading Series takes place on the second Tuesday of each month at Augusta House. Well-known science fiction, fantasy, and horror authors offer readings of their works.