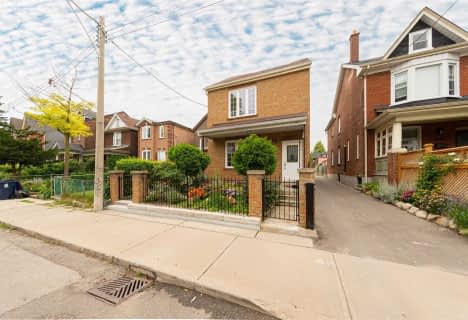 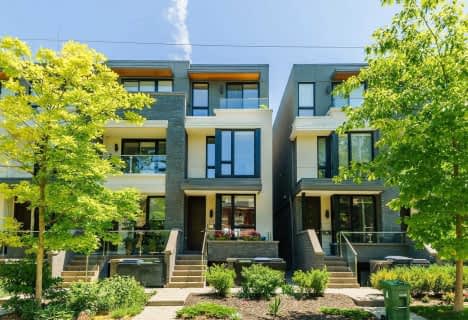 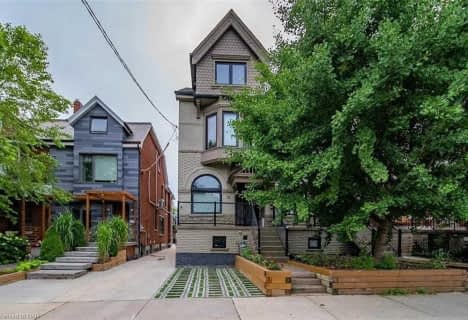 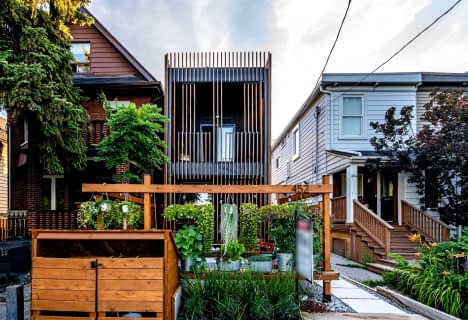 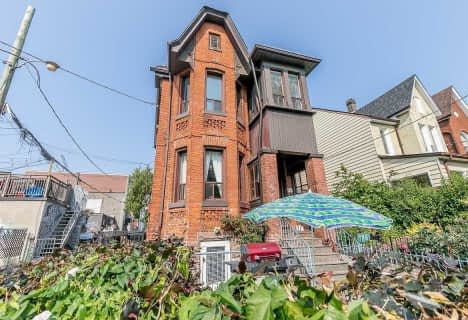 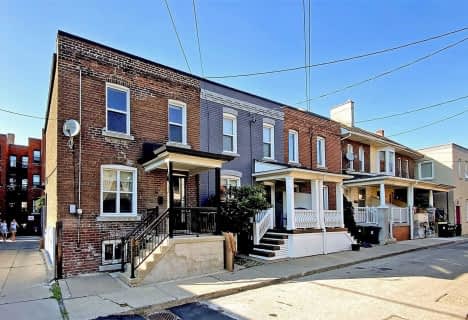 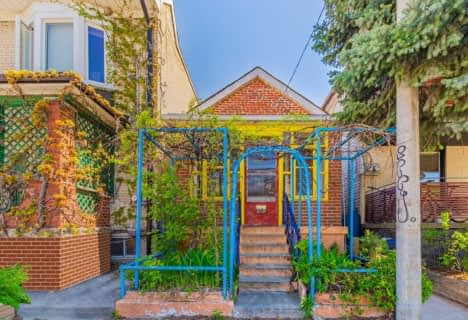 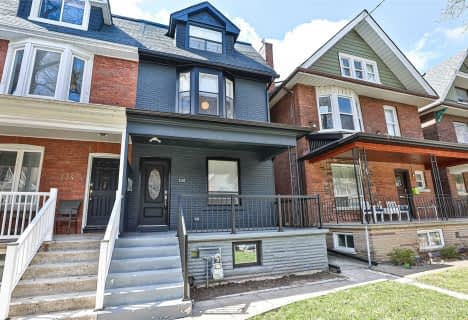 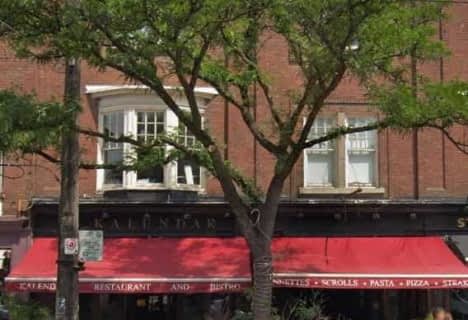 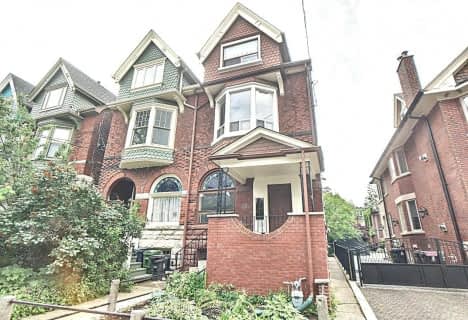 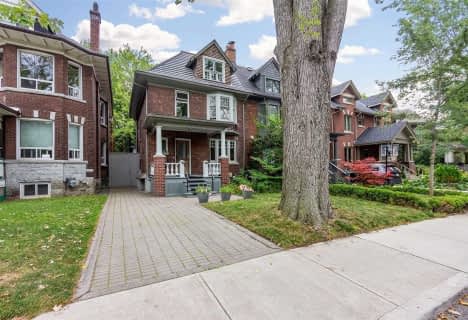 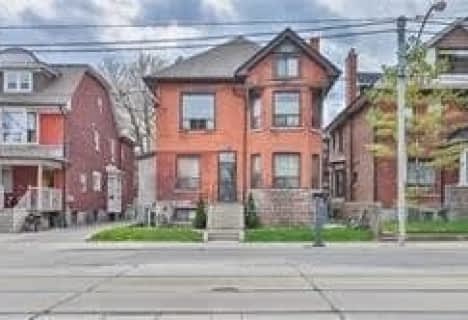 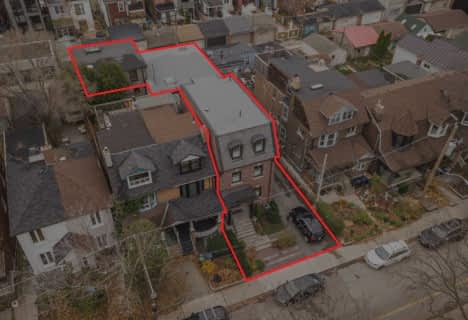 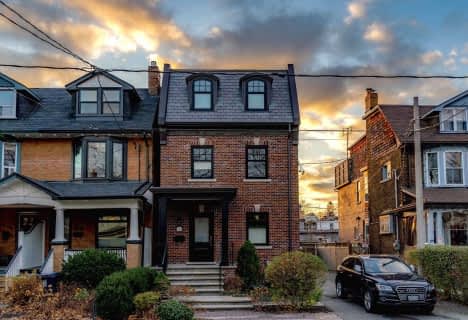 Palmerston–Little Italy is a mature neighbourhood in downtown Toronto. This community is not an entirely Italian neighbourhood, as its name could suggest. Although there is still a vibrant Italian community in this neighbourhood, there is additionally a large Portuguese populace focused around the First Portuguese Canadian Cultural Centre on College Street, and the Portugal Village shopping district on Dundas Street West.

Presently, Little Italy's Italian and Portuguese inhabitants are welcoming new residents from all around the globe to what is now considered one of Toronto's most multi-cultural areas.

Real estate in Palmerston-Little Italy exists on the main streets which include Bloor Street to the north, running east-west is a four-lane arterial street that is commercial in nature. Bloor Street has quite a few commercial businesses and storefronts. To the east is Bathurst Street, streaming north-south which is an additional four-lane arterial street that contains mostly residences along both sides.

To the west, north-south streets encompass Ossington Avenue, a four-lane arterial street, mainly residential and Dovercourt Road, a four-lane road which is completely residential. In the north-east corner of the community is "Mirvish Village," a one-block long area of businesses, mostly related to the arts, immediately west and reaching over south of the "Honest Ed's" discount department store at Bloor and Bathurst.

Homes for sale in Palmerston-Little Italy might be from the pool of the communities early 20th century semi-detached styles. Since the neighbourhood is mainly residential, it is not uncommon to see row-houses and Victorian homes as well. A majority of the house stock in Little Italy was built between 1880 and 1910. The side streets showcase the homes set on narrow tree-lined sidewalks. It is typical of the neighbourhood for the parking garages or driveways to be located at the back of the property.

The community is perhaps best known for the Little Italy shopping district on College Street which is located between Shaw Street and Euclid Avenue. Here, the best features are the authentic Italian restaurants and fashionably European clothing stores.

Furthermore, the nearby Portugal Village shopping district on Dundas Street consists of fresh fruit and vegetable markets, fresh bakeries, in addition to seafood restaurants, and cafes that feature an authentic Portuguese cuisine.

During the 1920s, Little Italy on College Street became recognized as the commercial and residential core of the Italian community in the City of Toronto.

Although after a couple of decades have passed by during the 1960s, many of the residents began to relocate north to the Corso Italia district on St. Clair Avenue West.

Italian families moved out of Little Italy and since, more home vacancies became available. The ethnicities that replaced the previous residents were of Spanish, Portuguese, Chinese and Vietnamese descent. Thanks to this mix of cultures, Palmerston-Little Italy has an international feel that everyone can enjoy.

In 1985, on College Street, the local business association formally adopted the Little Italy name in appreciation of the role this community has played as the starting place for Italians in Toronto.

MLS listings might include the fact that daily errands do not require a car in Palmerston-Little Italy. The reason for this is because this neighbourhood the 5th most walkable neighborhood in Toronto with a Walk Score of 95. This areas walking convenience is unrivaled; nevertheless, public transit also exists.

Little Italy is well served by the Toronto Transit Commission through regular bus routes on Ossington Avenue. Since this is a city with streetcars, service on College, Dundas, and Bathurst Streets is also available.

Commuters are within ten minutes of the Gardiner Expressway and Lake Shore Boulevard. Finally, Palmerston-Little Italy has about 2 car shares from Zipcar.

When it comes to shopping, Palmerston-Little Italy real estate agents know that is a neighbourhood which makes other parts of the city seem insignificant. Thanks to the infusion of multiple cultures within the community, many shopping opportunities exist.

An added benefit to buying real estate in Palmerston-Little Italy is that the neighbourhood is home to some of the city’s finest public schools.

Entertainment attractions in Palmerston-Little Italy are abundant. The West End YMCA (931 College Street) includes a gymnasium, swimming pool, and community meeting rooms which are available for use to the residents.

Also, the First Portuguese Canadian Cultural Centre (722 College Street) has recently gone through an extensive renovation and expansion. The centre's facilities consist of lecture halls, meeting rooms, a games room, a bar and a restaurant. Evening programs vary from performances of Fado music to dances.

Finally, the College/Shaw Public Library serves as a meeting place for the community and provides reading material in a number of languages which reflect the general population of the district.