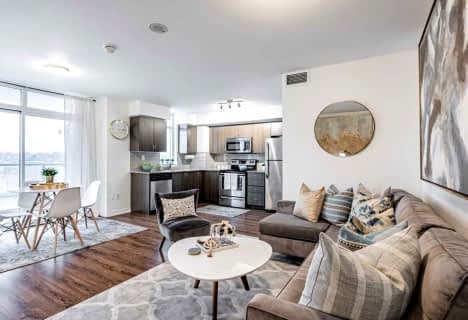 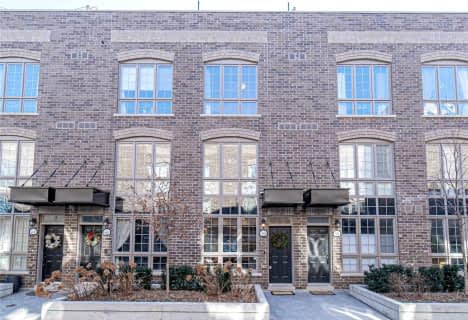 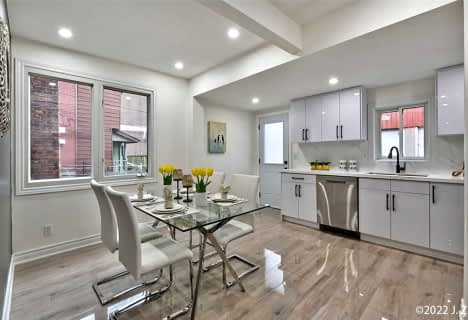 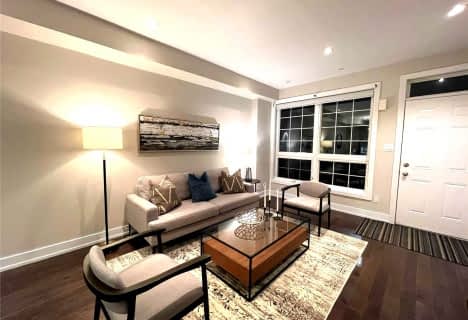 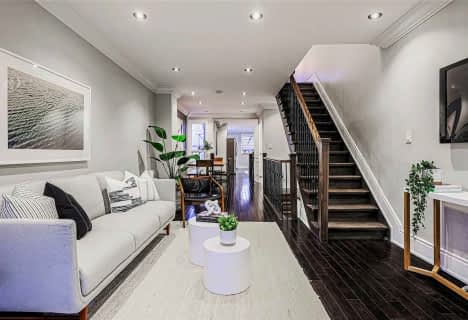 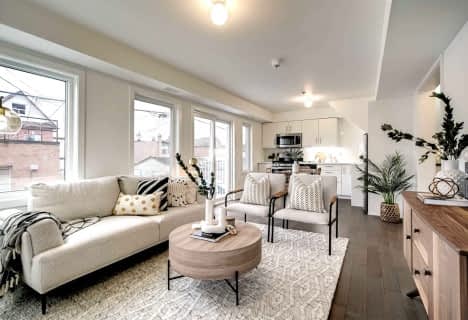 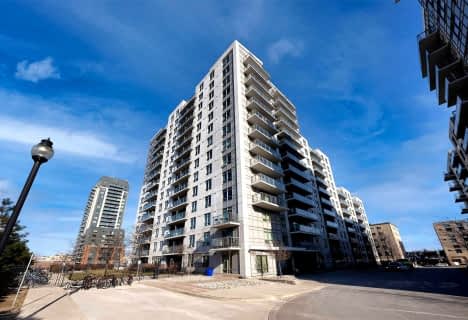 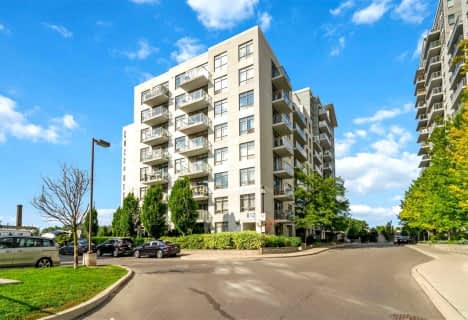 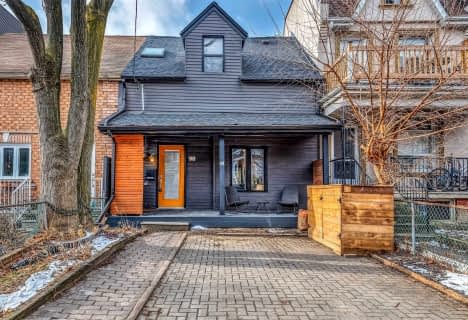 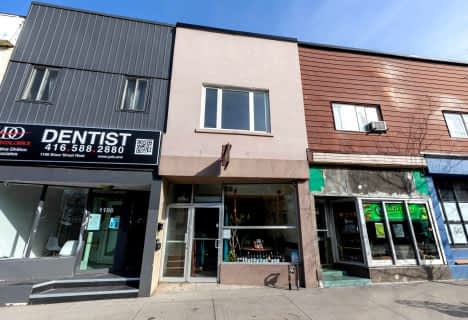 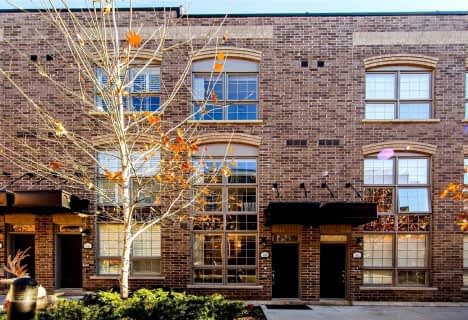 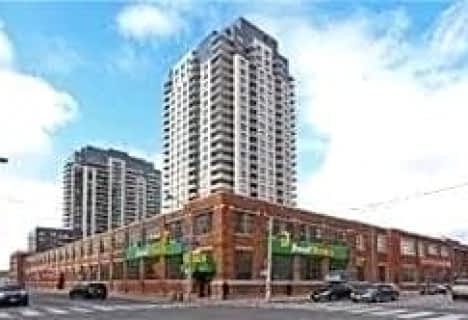 Dovercourt Park is a community in Toronto located north of Bloor Street between Christie Street to the east, the CPR railway lines to the north and Dufferin Street to the west.

For municipal demographics purposes the neighbourhood is amalgamated with adjacent areas that make up Dovercourt-Wallace Emerson-Junction. This community is a very ethnically diverse region. A lot of residents in this Midtown area are fluent in Portuguese, Italian and English.

Additionally, a large Ethiopian populace can also be found in the district. There are numerous shops along Bloor Street that cater to the Portuguese and Ethiopian communities.

Real estate in Dovercourt-Wallace Emerson Junction is conveniently situated near Toronto’s downtown core. Its residents are mainly low to moderate income families that range from many different ethnic backgrounds.

One of the main focuses in this neighbourhood is the Dovercourt Boys and Girls Club. Their clubhouse is situated at Dovercourt Park and is open all year long. This club also features numerous social and recreational programs for the children within the community.

The buildings along Bloor Street are typically two or three stories high, with retail shops on the main floor, and offices or rental units on the higher floors. These converted residential buildings are the oldest in the region and are most often in poor shape.

Dovercourt-Wallace Emerson Junction homes for sale may consist of brick structures with a seemingly Edwardian style architecture. The bulk of the housing stock was built between 1900 and 1925 and many of the single family houses have been converted over to apartments.

However, there is a reoccurring trend to go back to single family homes. Within this neighbourhood there are mostly two and three storey buildings. Gable dormers face out to the street and many structures have open front porches.

Although the lots are somewhat narrow, they are tidy and neat and parking is located at the rear off laneways. People living in the city sometimes rely on street parking however, on of the features of this neighbourhood is permit parking on many of the public streets.

What makes Dovercourt-Wallace Emerson Junction so appealing to homebuyers is the mature tree canopy that can be found in this neighbourhood. The verdant landscape adds to the quaintness of the streets and the homes surrounding Dovercourt Park are a perfect example.

The Dovercourt Park community started off as the Village of Dovercourt in the 1870s with it’s first residents being poor immigrants from England.

By 1884, there were around fifty homes speckled throughout Dovercourt. These first dwellings were one and two bedroom tar and paper shacks, which would ultimately give Dovercourt the unappealing nickname "Shantytown."

Though, nothing stays the same in this town, the City of Toronto annexed the Village of Dovercourt in 1910. This brought adequate city services to Dovercourt which as a result helped to kindle the growth of this community. Dovercourt Park was fully completed by 1923.

Searching for a home for sale in Dovercourt-Wallace Emerson-Junction, one might see remarks on MLS listings that state most errands can be accomplished on foot in this neighbourhood.

Most of the houses in Dovercourt Park are within walking distance of public transit at either the Ossington or Dufferin subway stations on the Bloor-Danforth subway line.

Dovercourt Park's major roads are Bloor and Dufferin Streets which offer motorists quick and easy access to all parts of the city. For those who like to drive yet do not want the responsibility of owning a car, Dovercourt-Wallace Emerson-Junction has about 4 car shares from Zipcar.

Dovercourt-Wallace Emerson-Junction real estate agents or their MLS listings can point interested buyers in the direction of amenities and shopping opportunities with the community.

For example, the Bloorcourt Village shopping district on Bloor Street West, spans from Montrose Avenue over to Dufferin Street. There residents and visitors can find a wide assortment of shops and services.

The nearby shopping centre is the Galleria Mall, right at the south-west corner of Dufferin and Dupont. This Midtown mall has forty-five stores which include a major department store, and a nice selection of smaller independent stores.

Additionally, there are many stores along Bloor Street serving the Portuguese and Ethiopian communities.

One of the greatest amenities in any city is close proximity to and access to information. The Bloor-Gladstone branch of the Toronto Public Library, dates from 1912 and is situated at Bloor and Gladstone Avenue, one block east of Dufferin Avenue.

Prices of homes for sale in Dovercourt-Wallace Emerson-Junction can vary depending on the nearby entertainment attractions. The main recreational centre in this community is the Dovercourt Park. This huge park features, a wading pool, a children's playground, two tennis courts, a baseball diamond, sports fields, and natural ice rinks in the winter.

Additionally, the Dovercourt Park is the home of the Dovercourt Boys and Girls Club, for kids aged seven through seventeen. This club is open year round and

includes a small gym, a pool, a games room, an arts and crafts room, as well as two computer rooms.