17 homes for sale in Wychwood 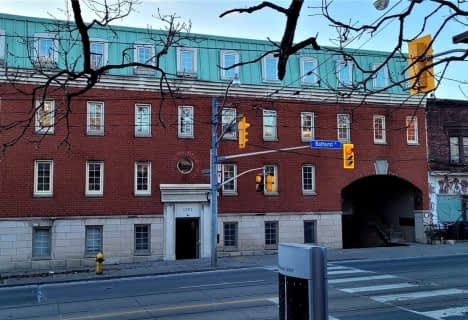 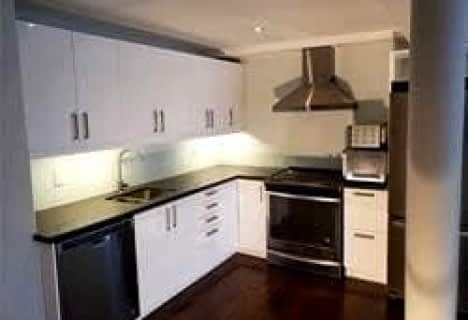 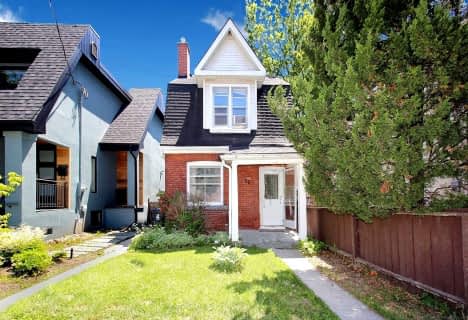 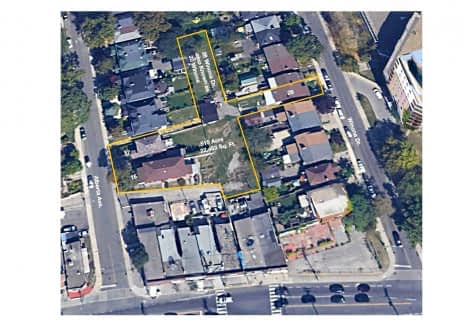 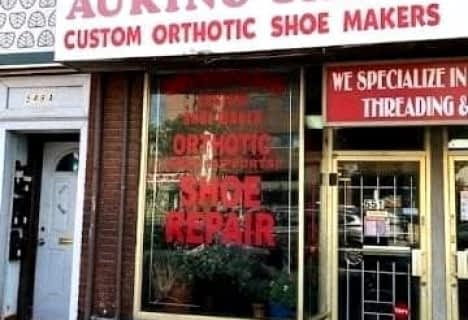 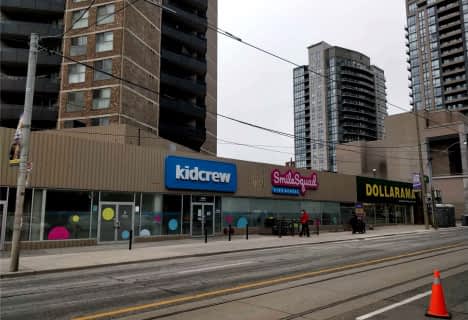 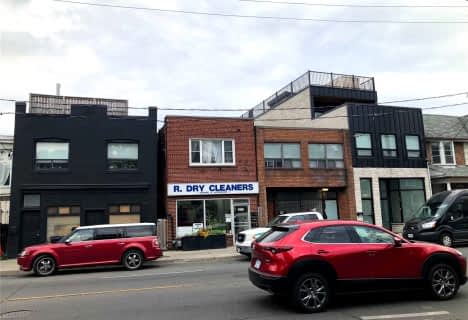 Wychwood has 39 homes on the market. Of the 10571 total properties listed in Toronto, Wychwood makes up just 0.4%. The average asking price of a property in Wychwood is $2,112,276, with an estimated mortgage of $7,156 per month. That is 1.2 times of the average asking price of $1,771,001 in Toronto. Properties listed in Wychwood are an average of 212 square feet, with 1.4 beds and 1.1 baths. Wychwood has 0% apartments relative to all the other listings in this neighbourhood.

Wychwood is an exclusive community consisting only of sixty homes nestled away in a private ravine locale atop the rolling wooded hills of the Davenport Ridge.

This enclave is the only one of its kind because it has its own administrative council that supervises the private roads and parkland within the Wychwood neighbourhood. The cost for this privacy is an exclusive park tax paid by every Wychwood home owner. This tax differs depending on the size of each property.

Real estate in Wychwood Park is so unique is very rarely available on the market. This neighbourhood is a private enclave and former gated community in Bracondale Hill, Toronto. The undersized community is situated north of Davenport Road and just west of Bathurst Street.

The members of the neighbourhood’s executive committee take pride in living in the area and make efforts to preserve the historical significance of Wychwood. Toronto is a gorgeous city with vast and beautiful topography including hills, mature trees and ravines. One of the city’s ravines flowed through the core of the neighbourhood, and this was conserved as parkland.

Taddle Creek streamed through the ravine, and it was blocked up to construct a large pond in the centre of the park. This is now one of the lone parts of Toronto where Taddle Creek is still visible above ground. This pond is the habitat of two swans named Oscar and Felix, in addition to snapping turtles, painted turtles, goldfish and mallard ducks. In the wintertime this pond serves as a skating rink.

Exclusivity is a driving force for many of Toronto’s wealthy citizens and Wychwood is surely a private community. The streets and amenities are paid for by the local residents, and the area is directed by an executive council. It is one of Toronto's more restricted communities with house prices well over a million dollars. Many famous figures have resided in the neighbourhood, including Marshall McLuhan and Anatol Rapoport. In 1985 the district became the first residential zone in Ontario to be granted heritage status.

Wychwood homes for sale may not be on the market too often as all of the houses are listed on the Toronto Historical Board's Inventory of Heritage Properties. A few of the initial Wychwood homes were constructed in the late 1800s; nevertheless a majority of the houses in Wychwood were built in phases between 1906 and 1935. A few houses were also constructed in the early 1950s.

Wychwood was established by Marmaduke Matthews, a landscape painter who bought land here in the 1870s with the expectation of establishing an artist outpost at Wychwood Park. Matthews named Wychwood Park after Wychwood Forest, situated near his childhood home in Oxfordshire, England.

In 1874, Matthews constructed the first house in the area, at number six Wychwood Park. The second Wychwood Park house, at number twenty two Wychwood Park, was put up in 1877, by Matthews' friend Alexander Jardine. Matthews and Jardine jointly bought the land that adjoined their estates and in 1891 and submitted a plan of subdivision for what is now the Wychwood neighbourhood.

Wychwood is historically important for the architecture of its houses, and for being one of Toronto's original planned communities. The Wychwood area was selected as an Ontario Heritage Conservation district in 1985.

Wychwood real estate agents’ MLS listings might make note that most errands can be accomplished on foot in this exclusive neighbourhood. However, public transit also services the community.

For those who prefer to drive, this enclave is roughly ten minutes away from downtown and about the same distance north to the Allen Expressway off Eglinton Avenue. Also, Wychwood has about 2 car shares from Zipcar.

Although it is very unlikely that homes for sale in Wychwood will go be listed on the MLS anytime soon, that doesn’t mean there is a lack in shopping opportunities for the community. On the contrary, there are about 327 restaurants, bars and coffee shops in Wychwood. Residents in the community can walk to an average of 10 restaurants, bars and coffee shops in 5 minutes.

Wychwood inhabitants enjoy expedient access to a vast number of shops and restaurants along St. Clair Avenue West. Furthermore, there is also a limited amount of convenience stores on Vaughan and Davenport Roads, and on Bathurst Street.

Wychwood’s executive committee has done a lot to preserve the area’s natural landscapes. Taddle Creek pond provides residents and visitors alike with entertainment attractions. It is situated in a thickly wooded valley at the south end of Wychwood and is home to various forms of wildlife. During the colder months, the historic Taddle Creek pond gets converted and is used as a skating rink.

The Wychwood Park tennis court is located near Taddle Creek pond and is extremely blocked by foliage that it is hardly visible from the street above. Whether or not this is intentional, it certainly adds to the exclusivity of the neighbourhood.

Lastly, the Wychwood Public Library and the Hillcrest Community Centre are both situated on Bathurst Street and are within a short walk of the Wychwood neighbourhood.