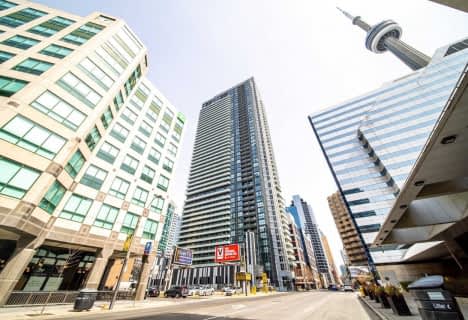 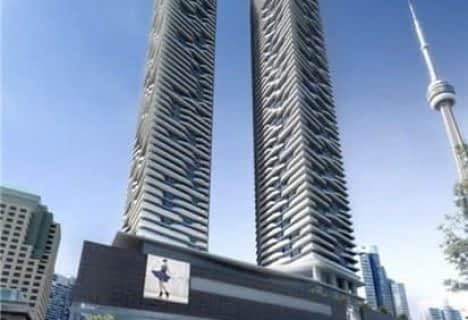 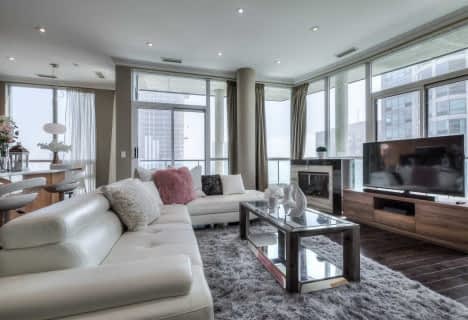 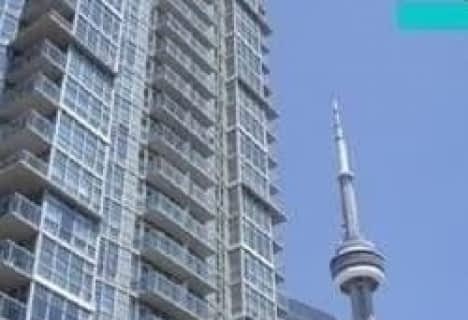 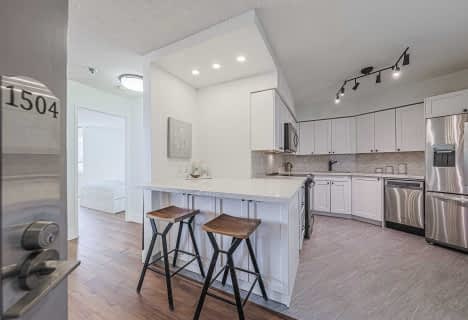 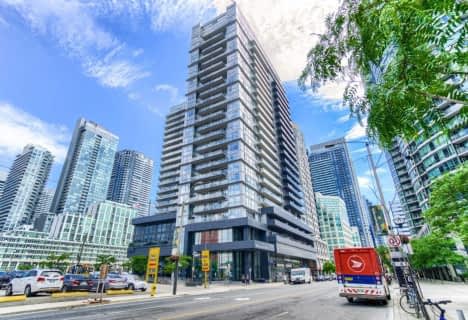 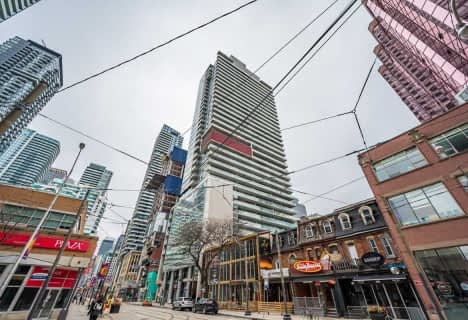 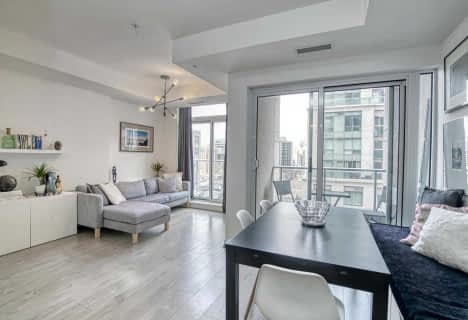 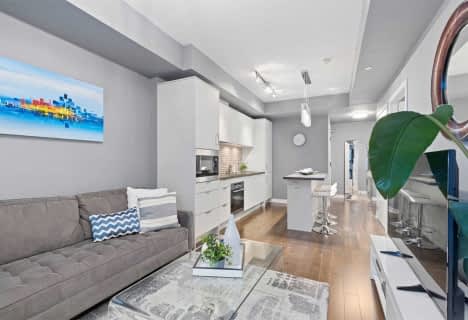 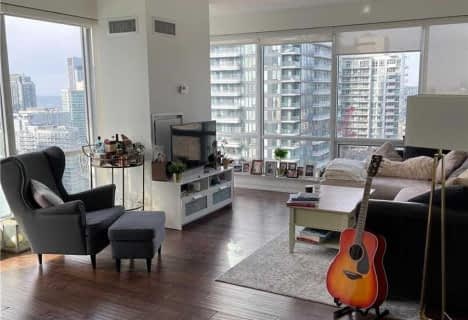 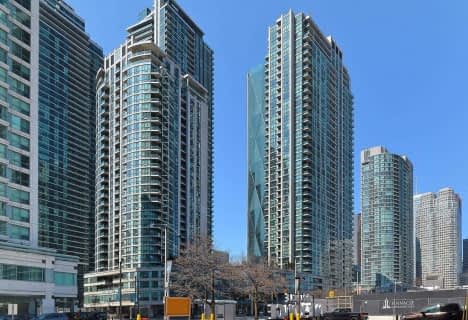 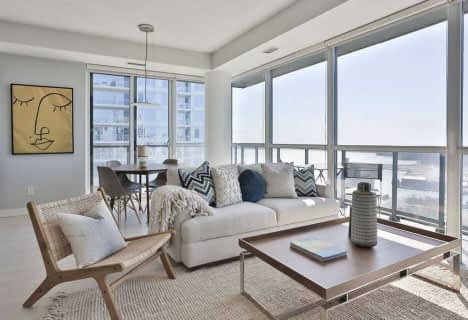 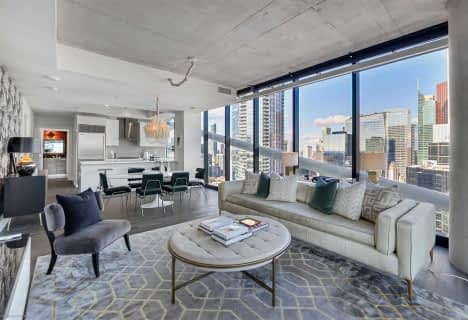 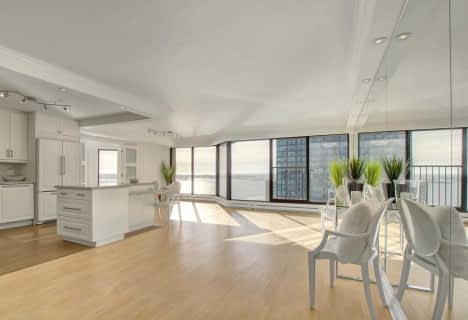 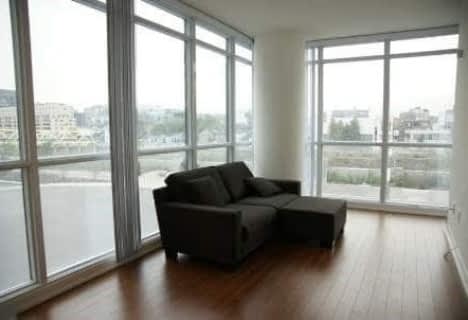 The Waterfront Communities C1 is a neighbourhood that integrates a distinct blend of residential, cultural, recreational, as well as commercial uses, all within the same area.

Waterfront Communities C1 also serves as the City of Toronto’s playground by the lake. It is a popular destination spot for tourists and is also enjoyed by all Toronto denizens.

Real estate in Waterfront Communities C1 features numerous modern designed condominiums in high-rises which offer all of the sought after amenities. Located in a desirable neighbourhood of Toronto, this community features both downtown city living as well as lakeshore living.

Condos for sale in Waterfront Communities C1 offer the best when it comes to accessibility with close proximity to public transit routes such as the Gardiner Expressway and Billy Bishop Airport nearby.

Purchasing real estate in Waterfront Communities C1 will place you in a neighbourhood where all of the best amenities are just steps away from your door. Some of the finest shops, restaurants and entertainment is nearby at the bustling downtown core.

Homes for sale in Waterfront Communities C1 include the highest concentration of luxury condo buildings in the City of Toronto. Most of the condominiums in this neighbourhood were built in the 1980s.Currently, numerous new condos are being constructed with an emphasis on making sure every suite has at least a partial lake view in addition to a balcony.

Toronto’s Waterfront Communities C1 region was built from landfill in the early 1800s. It rapidly developed into an intricate web of industry that consisted of shipping facilities, warehouses, railway tracks, grain silos, as well as factories, which all dotted the shoreline.

Regrettably, these physical barriers bisected Waterfront Communities C1 from the rest of the City of Toronto.

A great example of Waterfront Communities C1’s renovation is the Queens Quay Terminal. This edifice was one of the biggest warehouses in North America when it opened in 1927. The Terminal was modernized in 1980, and today features a wonderful mix of high end residential, commercial, and retail space all under one roof.

When it comes to getting around in Waterfront Communities C1, real estate agents know that the Queens Quay West is a great route for potential homebuyers since it has both express and regular bus service, with links to Union Station.

From Union Station passengers can ride TTC or Go Transit lines to just about anywhere in Metropolitan Toronto. Commuters also have easy access in and out of the city via the Gardiner Expressway and Lake Shore Boulevard.

Real estate in Waterfront Communities C1 is situated near the main shopping district along Queens Quay West. The shopping is mixed and geared towards local residents as well as tourists and is anchored by the Queens Quay Terminal, situated at the foot of York Street. The terminal is open every day of the week, and includes two floors of shops, galleries, and restaurants.

The Waterfront Communities C1 is suitably located within walking distance of the St. Lawrence Market, Toronto’s oldest and largest food market. This is one of the world’s bets markets and it offers an abundance of culinary delights, such as farm fresh eggs, exotic herbs, organic chicken, as well as an assortment of fruits, vegetables, cheeses, deli meats, and seafood.

Within the community, there is also a massive Loblaws food and retail centre on Queens Quay at Jarvis Street. Not only do they sell groceries and have a pharmacy, but this three storey structure offers a variety of retailers, a popular restaurant, as well as a community meeting place were workshops, cooking classes and public meetings take place.

Homes for sale in Waterfront Communities C1 benefit from the recreational opportunities since there are more here than in any other Toronto neighbourhood.

In the winter the Natrel Rink is the best place to go to for learning to skate, recreational skate and even DJ Skate night parties. The March and Summer camp for children features 45 different mini camps with cooking, circus and sports, sailing, kayaking, digital photography and more.

Sail and motor boat rentals as well as short or long term Sailing Club memberships, are available at an amazingly affordable rate. The Waterfront Communities C1 also hosts many theatrical events, with artists in residence and unique art exhibitions open to the public.

The Air Canada Centre, Skydome, C.N. Tower, and the Antique Market are all situated within the Waterfront Communities C1 neighbourhood. The Canadian National Exhibition, the Marine Museum, as well as Old Fort York are all just minutes away and the Toronto Islands are ten minutes away by ferry boat.