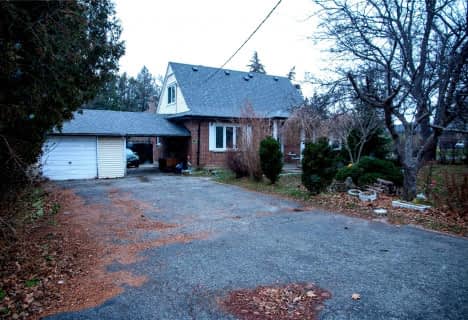 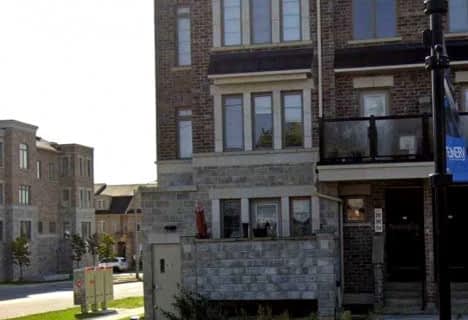 Humberlea-Pelmo Park W5 is a neighbourhood located in the North York area of Toronto. Like its name suggests, it is made up of two geographic regions, the first being Humberlea, which is bordered by Sheppard Avenue West to the north, Oak Street to the south, the Canadian Pacific Railway to the east and the Humber River to the west. Secondly is the Pelmo Park area which is bounded by the 401 to the north, Woodward Avenue to the south, Jane Street to the east and the Canadian Pacific Railway to the west.

Real estate for sale in Humberlea-Pelmo Park W5 could be found on Weston Road which runs through the middle of this area and is sheltered by the Humber River Valley to the west, Highway 401 to the south and the Canadian Pacific railway and industry to the east.

Humberlea-Pelmo Park W5 is a peaceful, family oriented community with a big Italian population living in this north end neighbourhood. However, Humberlea's original population was of British background.

For those searching for homes for sale in Humberlea-Pelmo Park W5, the community is attractive to many potential residents, especially those with young children. One of the best features of this neighbourhood is its’ access to parks and green space that is well loved by kids as well as pets.

Humberlea-Pelmo Park W5’s oldest homes can be found around Acacia Park. These cottage style residences were constructed in the early 1900s. This neighbourhood includes a large amount of war veterans houses from the late 1940s early 1950s. Although these properties look simple with their framing, they sit on very large lots which makes them attractive to buyers.

Within this community, there are also a fair number of single-family detached, brick ranch-style bungalows. These properties are also situated on generous sized lots and have private driveways. As in many quiet neighbourhoods in the City of Toronto, the growing trend has been to replace small houses with large, custom built homes and this isn’t exempt in Humberlea-Pelmo Park W5.

For over a hundred years from the 1800s until the mid 1900s, Humberlea was a budding farming community. The north division of this neighbourhood above Wallasey Avenue and Flindon Road was owned by the Griffith brothers, who had farms on both sides of Weston Road. In the 1940s, the Griffith farms were bought by the federal government for the building of the Humberlea War Veterans subdivision. World War II Veterans were given a quarter acre estate on which they built simple frame dwellings. These humble abodes have since been subdivided although many of the original properties still remain.

The streets around the present day Acacia Park are part of a small housing pocket developed in the early 1900s. This neighbourhood was earlier known as Albion Park and is now considered part of the Humberlea commune. At the south perimeter of Humberlea was the Caulfield dairy farm. Not startlingly, the cattle grazed on pastures west of Weston Road while the Caulfield barn sat on the east side of Weston Road. This farm functioned until the 1950s when it was purchased by developers. The subdivision of the old Caulfield farm led to the development of the present day area.

When it comes to getting around in Humberlea-Pelmo Park W5, public transit is a great option. TTC bus service on Weston Road shuttles passengers to the Weston Go Train station and offers links to the Royal York and the Keele stations on the Bloor-Danforth subway line. The Sheppard and Wilson Avenue buses take passengers to stations on the Yonge-University-Spadina subway line.

For motorists, Weston Road is the main road serving the Humberlea area. This municipal street takes travellers as far south as St. Clair Avenue. For commuters, Highways 400 and 401 are just a few minutes away from this area.

When it comes to this neighbourhood, most Humberlea-Pelmo Park W5 residents do the majority of their shopping on Weston Road, just south of Highway 401. The Crossroads Centre is a regional shopping plaza that houses one of Toronto's largest selections of big box national chain stores. Featured in this mix is a home improvement store, furniture, as well as appliance and computer stores, in addition to fashion stores.

Entertainment attractions in Humberlea-Pelmo Park W5 can be found close by at Strathburn Park. Situated in the middle of this area, is a large open green space that includes tennis courts, a basketball court, a baseball diamond as well as a children's playground. Acacia Park is located on flat land just above the Humber escarpment. This charming local park has a small baseball diamond and a children's playground.

One of the best amenities in this neighbourhood is its close access to the Humber Valley Golf Course which is situated at the western end of this locale. It is a par 70 course renowned for its challenging links and valley-land holes.