9 homes for sale in Kingsview Village The Westway 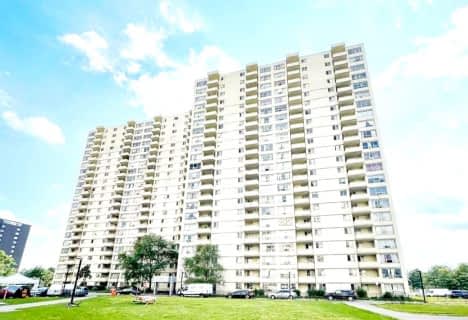 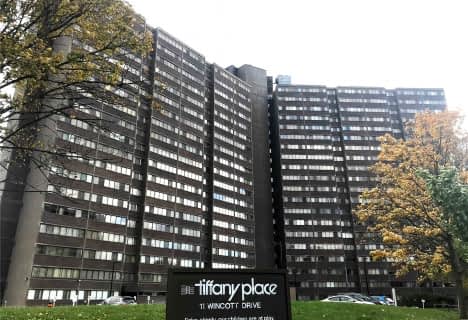 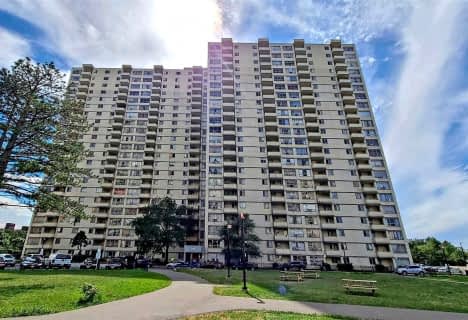 Kingsview Village-The Westway is a neighbourhood situated in the north end of the former city of Etobicoke in the City of Toronto. It is bordered on the north by Highway 401, on the east by the Humber River and St. Phillips Road, on the south by Dixon Road. It is moderately close to Toronto Pearson International Airport in Mississauga, and TTC bus routes link it to the remainder of the city.

Real estate in Kingsview Village-The Westway is home to a strong, family oriented community with a lively ratepayers association and its own local school and recreational facility. There is also a neighbourhood church and a park suitably situated in the centre of this area off Kingsview Boulevard.

The single family homes in the core of this neighbourhood are inhabited by an eclectic mix of people from an assortment of backgrounds and incomes. The high-rise apartment complexes along Dixon Road are home to a very large Somali populace which has created a solid society in this neighbourhood.

Homes for sale in Kingsview Village-The Westway might include some from the pool of ranch and contemporary style bungalows, split-level houses, storey-and-a-half structures, as well as newer two-storey homes. These residences showcase front porches with detailed accents such as fanciful stair railings as well as arched entranceways. All of the houses sit on suburban sized lots and have a garage or car-port. The lots are well maintained and professionally landscaped with the sporadic ornamental statue adorning the front lawn.

The residential enclave east of Islington Avenue in the Fairhaven Drive-Golfwood Heights section was previously part of the Weston Golf and Country Club Grounds. The golf club sold this land to developers in the 1950s and 1960s, that’s when most of the housing stock was built.

The homes in this area of the community feature some delightful Colonial Revival style abodes and an assortment of bungalows as well as modern two-storey houses. A lot of these structures are situated on great quality lots that either face or back onto the Weston Golf Course.

The documented history of the Kingsview Village-The Westway area predates back to the 1850s. The first settler in this region was Thomas Madill who was the owner a farm on the north side of Dixon Road that spanned from Islington Avenue over to Kipling Avenue. The Madill farmhouse was a storey and a half structure built of fieldstone. This residence stood on Islington Avenue. It was torn down in 1973 and with it went the last hint of the pre-subdivision history of this community.

The present day Kingsview Village area was developed during the late 1950s and the early 1960s. The small brick entry pillars for the Kingsview Village subdivision can be spotted on the west side of Islington Avenue at Kingsview, St. Andrews and St. Georges Boulevards. The letter "K" is inscribed on the front of one of these pillars and the letter "V" is emblazoned on the other two pillars. These inscriptions stand for Kings-View-Village.

MLS listings might mention that getting around in Kingsview Village-The Westway can be done through public transit. The Dixon Road, Islington Avenue and Kipling Avenue buses link travellers to stations on the Bloor-Danforth subway line. .

The Islington station offers a connecting route to the Mississauga Transit service as well as an express bus service to the Pearson International Airport. The Kipling station is also part of the Go Transit system.

Commuters are only a few minutes from the Highway 401 on-ramps at Islington and Kipling Avenues. Pearson International Airport is roughly a five minute drive from this Etobicoke community.

Homes for sale in Kingsview Village-The Westway are situated near many shopping options. Basic household needs can be taken care of at the Westway Centre, located at the south-east corner of Dixon Road and Kipling Avenue.

This small shopping plaza features a beer store, a hardware store, a jewellery store, a large supermarket, a bakery and deli, a video store, a drug store, a McDonald’s restaurant, a dollar store, as well as professional and medical offices and a bowling alley and billiards hall. There is also a small but quite busy Somalian meat and grocery store nestled away at the rear of this plaza.

The Loblaws superstore is situated at the south-east corner of Dixon Road and Islington Avenue and includes a bakery and deli, a photo finishing shop, dry cleaners, and a take-out restaurant.

Kingsview Village-The Westway real estate agents’ MLS listings may list local entertainment attractions. The Kingsview Village Community School (1 York Road) features a mix of services and programs for the entire family. Some of these programs are Aerobics, Tae Kwon Do and Yoga. This facility also offers room rentals, a community meeting space, special events, field trips as well as camps. Kingsview Park is located across from the community school and features tennis courts, bocce ball, and a children's playground.

The nearby Fairhaven Park is a very pretty park that has a baseball diamond, a sports field, an outdoor swimming pool, and a children's playground. The Weston Golf and Country Club neighbours this park.