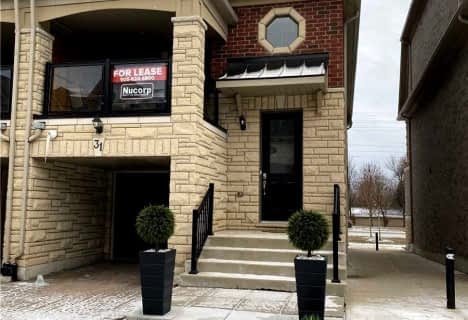 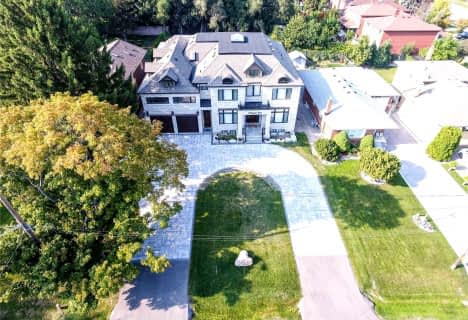 Willowridge-Martingrove-Richview, oftentimes known simply as Richview is a neighbourhood in the City of Toronto, located in the former town of Etobicoke. It is bordered on the north by the highway and by Dixon Road, Royal York Road on the east, Eglinton Avenue West along the south and on the west by Highway 401. It takes up the former post office of "Richview" which was amalgamated into the then-borough of Etobicoke.

Real estate in Willowridge-Martingrove-Richview is home to a large, eclectic community that includes people of a wide scope of incomes as well as cultural backgrounds. This community features a multitude of parks, shopping plazas in addition to excellent transportation routes. Richview is conveniently situated just minutes from Pearson International Airport.

There are numerous small communities within Richview. Willowridge includes the triangle at the far west of the area west of Martin Grove. The Westway, sometimes known as St. Phillip's is a neighbourhood that extends the northwest portion of Richview, east of Kipling and north of The Westway. Martin Grove Gardens is the community bordered by Kipling, The Westway, Martin Grove, and Dixon.

Homes for sale in Willowridge-Martingrove-Richview cater to a predominantly upper middle class populace. The community identifies itself as 57% English, with a smaller proportion of immigrants than the rest of Toronto and the largest collection by ethnic origins is Italian. This is a residential area and there are no large commercial sections in the neighbourhood. Local plazas are situated at the intersections of the main streets.

When it comes to real estate for sale in Willowridge-Martingrove-Richview, the housing is mainly single-family homes. The street patterns include winding roads and cul-de-sacs of post-World War II suburbs. The bulk of the housing stock is typically ranch and contemporary style bungalows, split-level homes, as well as Georgian Revival style houses constructed during the 1950s and 1960s.

Willowridge-Martingrove-Richview also includes some new townhouse and condominium projects along its main streets as well as rental apartment buildings and row-houses situated on the periphery of this community.

The Richview name came in 1852 when a post office called "Richview" was launched in this area. By the 1870s, Richview had its own school, church, and tavern. The Richview community was more evidently defined in the 1880s when it was designated as school section number four in the previous Township of Etobicoke.

This neighbourhood had a proud farming tradition that went back to the 1850s. In the early 1900s, Richview farmers switched their focus from agriculture to dairy farms to accommodate the demand for milk in the growing City of Toronto. In 1956, Richview's last dairy farm was sold to developers. This ended the tradition of farming in Richview which endured for over a century.

When it comes to getting around in Willowridge-Martingrove-Richview, bus service along Eglinton Avenue, The Westway, and Dixon Road shuttles passengers to the Eglinton station on the Yonge-University-Spadina subway line.

Willowridge-Martingrove-Richview real estate agents may also mention on their MLS listings that motorists can access Toronto's network of highways off Eglinton Avenue west of Martingrove Road or Islington Avenue.

Willowridge-Martingrove-Richview real estate agents can also inform potential homebuyers about all the local amenities and shopping options. Richview Square and Martingrove Plaza are nearby medium-size shopping plazas that feature fashion boutiques, a bakery and deli, a gift shop, a bank, a jeweller, a photo shop, a drug store, a travel agency, a health food store, a florist, an animal hospital, beer and liquor stores as well as professional and medical offices.

The shopping plaza known referred to as 1500 Royal York Road is a big retail complex that features a bicycle and ski shop, a bulk food store, a bowling alley and billiards hall, an indoor children's playground as well as a wide selection of shops that accommodate the needs of the local residents.

Willowridge-Martingrove-Richview MLS listings might be loaded with local entertainment attractions such as the Richview Park which is the biggest recreational park in the community. Here, visitors will find sports fields, baseball diamonds, tennis courts and a children's playground.

The smaller West Grove, Martin Grove, Valley Field and Silver Creek Parks each include tennis courts, a baseball diamond and a children's playground. West Grove Park also has an outdoor swimming pool as well as an artificial ice rink.

Sun Row Park has an interpretive nature path along the Humber River Watershed. Richview residents can also enjoy the bicycle trail along Eglinton Avenue that connects with the Canadian Ukrainian Memorial Park and the paved South Humber trail which curves its way down to Toronto's waterfront.