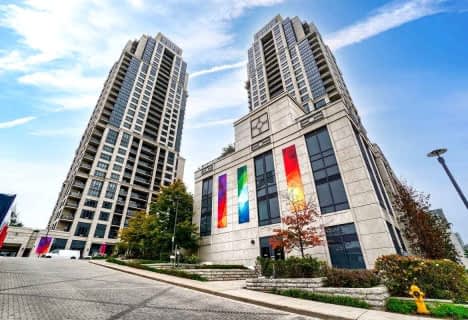 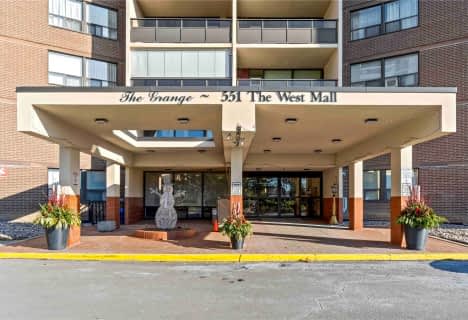 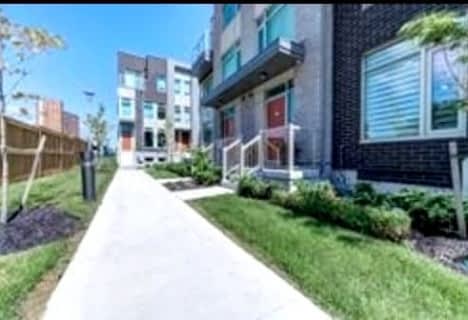 Etobicoke West Mall is bounded on the east by Highway 427 and on the west by Renforth Drive. The district is family-oriented and affordable.

Located less than half an hour from downtown Toronto and full of affordable houses and high-rise properties, Etobicoke West Mall real estate agents might recommend the vicinity to young commuter families seeking a first home.

There are several elementary, junior, and secondary schools, both secular and religious, located in Etobicoke West Mall and in neighbouring zones such as Eatonville. There are also sports and recreational facilities nearby, as well as numerous opportunities for artistic expression.

Purchasing homes for sale in Etobicoke West Mall is an affordable alternative to living downtown Toronto, with all the convenience of city life. Public transportation is readily available. The neighbourhood is also quite culturally and economically diverse.

Etobicoke West Mall real estate consists of many different housing types, including high-rise condominiums, apartments, and townhouses, as well as a good number of detached and semi-detached single-family homes.

In the early 1800s, Etobicoke and the surrounding vicinity was an agricultural settlement. In the late 1800s and early 1900s, the land, along with what would become Georgetown, was purchased by the head of the local department store, Timothy Eaton, in order to provide milk, eggs, and other products for the lunchroom at the department store. The Eatons continued to use the land in this area for farmland, when the land was repurposed for housing developments.

One of the area’s first residents was Peter Shaver, who owned property at Bloor Street. His home, “Applewood House” was preserved and relocated from its original location to Etobicoke West Mall. It is now a museum and community meeting centre.

Etobicoke West Mall is an excellent locale for commuters on account of its accessibility by both car and public transportation. Highway 427 runs down the east side of the region, with access points on nearby roads including Bloor Street and Burnhamthorpe Road. Commuters can also access an alternative route to Toronto via Bloor Street.

There are bus routes on most major roads in and around Etobicoke West Mall, including the West Mall, Bloor Street, Dundas Street, and Burnhamthorpe Road. These routes provide connections to the Kipling station and Go Transit routes.

Toronto Pearson International Airport is only fifteen minutes away by car.

There is plenty of shopping to be found in Etobicoke West Mall and in nearby Eatonville. There are shopping plazas located on Bloor Street, including the West Mall Bloor Plaza.

There are also two shopping malls to be found on Dundas Street, east of Etobicoke West Mall. Cloverdale Mall is a large indoor mall featuring big-name retailers and events such as monthly antique markets. Further east is Honeydale Mall, an outdoor mall.

Shoppers looking for high-end boutiques need only head twenty minutes downtown to Bloor Street West, where they will find retailers such as Louis Vuitton and Tiffany & Co.

There are many ways to get out and engage with the community in Etobicoke West Mall. The West Mall Park contains an outdoor swimming pool, an ice rink, a baseball diamond, a playground, and tennis courts. The ice rink offers free pleasure skating and shinny hockey hours during the week.

There is also a healthy arts culture in the area round Etobicoke West Mall. Located in nearby Neilson Park is the Neilson Park Creative Centre. This arts facility features studios and two gallery spaces, and is home to six resident artistic groups. Adult and youth classes and workshops are available.

The Eatonville branch of the Toronto Public Library is also located just to the east, on the other side of Highway 427. The library offers a variety of classes and other activities for youth and adults.