8 homes for sale in Princess Rosethorn 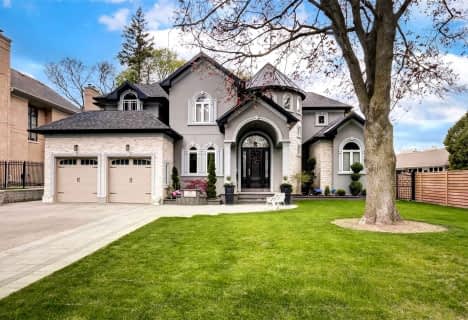 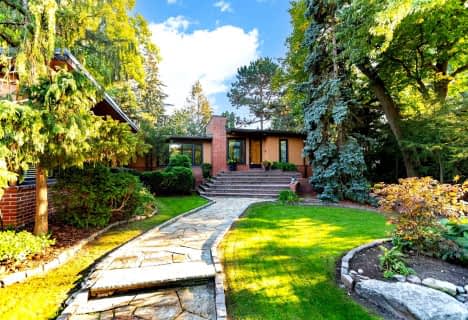 Princess-Rosethorn is a neighbourhood in the Etobicoke region in the City of Toronto. It’s borders are Eglinton Avenue to the north, Islington to the east, Rathburn Road to the south and Martin Grove to the west. The southeastern section of this area is the distinct community known as Thorncrest Village.

Real estate in Princess-Rosethorn can be summed up as a post-war developed residential area, with its major street being Eglinton Avenue. The density of the housing is very low, and street patterns are commonly curved roads heading into cul-de-sacs to reduce traffic.

The collection of homes in this community varies as the majority of the housing stock in this neighbourhood was built between 1955 and 1965. Ranch style bungalows are commonly found in this area as well as storey-and-a-half houses. Split-level style homes as well as contemporary bungalows and Georgian Revival family houses are also available in the neighbourhood.

Although there is a variety of housing styles in this community, it is important for people searching for real estate in Princess-Rosethorn to know that all of the homes in the community are single-family detached homes. Additionally, the lots they sit on are exceptionality large as some streets offer 80 and 90 foot frontages.

Princess Anne Manor and Gardens, also known as Princess-Rosethorn proved to be very well liked with families and, by the early 1960s, this community was completely developed.

MLS listings might mention that local bus services along Lloyd Manor Road, Kipling Road and Islington Avenue can shuttle passengers to stations on the Go Transit line and the Bloor-Danforth subway line. The Eglinton bus links commuters to the Yonge-University-Spadina subway line.

Real estate in Princess-Rosethorn is conveniently situated near some great amenities and shopping opportunities. The nearby Lloyd Manor Plaza includes a 24 hour Metro grocery store, CIBC bank, Shoppers Drug Mart, an optical store, a dry cleaner, a photo finishing shop, a variety store, and a wine store. There are also many medical offices at this plaza.

Residents of this neighbourhood and visitors alike can also shop at the nearby Thorncrest Plaza on Islington Avenue at Rathburn Road and the Humbertown Shopping Centre on The Kingsway.

When it comes to entertainment attractions, Princess-Rosethorn real estate agents know that the main recreational facility in this area is the John G. Althouse Community School (130 Lloyd Manor Road). This local school features a variety of sports, music and arts programs for children as well as adults. They also host a Spring Flea Market and a summer camp.

In addition, tennis courts, sports fields and baseball diamonds are offered for public use at the John G. Althouse School and Princess Anne Park. Lloyd Manor Park is a wide open green space that has been the place of many exciting touch football games over the years.