5 homes for sale in Kingsway South 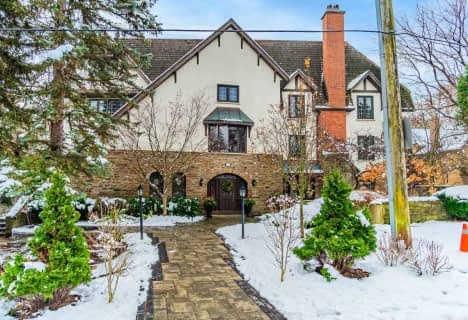 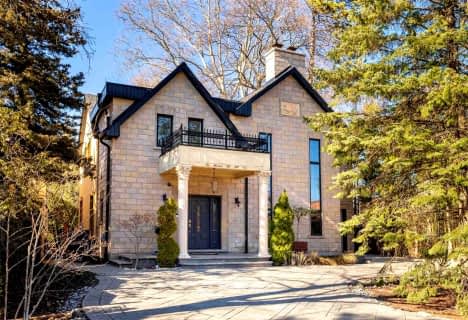 Kingsway South, also known simply as ‘The Kingsway’ is a residential community located in the former City of Etobicoke in Toronto. It is bordered by Dundas Street to the north, the Humber River to the east, Bloor Street to the south and the Mimico Creek to the west. Although the area was initially known as "Kingsway Park," common usage leaned towards "The Kingsway," which is the name of the major road which twists through the core of the area.

Purchasing real estate in Kingsway South can place potential homebuyers in a leading neighbourhood in Toronto's west end. This greatly planned area was designed with families in mind. The homes and properties are a good size, the walkways are pedestrian friendly, and the schools, shopping, houses of worship and recreation are all within walking distance.

Kingsway South is known for its peaceful background, positioned in the woods of the Humber River Valley. Kingsway South’s roads are sprinkled with regal oak and maple trees that supply the ideal setting for the grand homes that grace this community.

Bloor Street is the southern edge of the community and also a main east-west arterial road as well as commercial district. Prince Edward travels north-south from Berry Road to Dundas Street West. The Kingsway road is a two-lane road starting in the south-east corner of the area spanning northerly in a north-west route past Dundas Street. Dundas Street West is the northern limit of the area and also a main east-west arterial street. There are some commercial and institutional uses down the road within the community.

Homes for sale Kingsway South will most likely be situated between Kingsway Crescent and Royal York Road, and from Bloor Street north to Kings Garden Road. They were planned as part of a distinct subdivision known as "Kingsway Park." These dwellings were constructed between 1924 and 1947 and feature some of the best illustrations of Old English classical and vernacular architecture in the City of Toronto.

Kingsway South’s oldest homes are situated along Government Road near Dundas Street. These residential dwellings were initially part of the Lambton community where potential homebuyers can find some outstanding examples of Victorian and Edwardian architecture constructed during the later half of the 1800s and the early 1900s. Included with these older homes are modern bungalow designs from the 1940s and 1950s.

Kingsway South is located on former Clergy Reserve lands that were deeded to the Church of England in the early 19th Century. The church lent this property to farmers until 1908 when it was obtained by Robert Home Smith, the visionary who designed The Kingsway community.

His company started marketing this subdivision in 1912 but it wasn't until 1924 when the Bloor Street Bridge was built that the sale of homes in Kingsway Park began. A lot of the first Kingsway Park inhabitants were Toronto businessman and Northern Ontario mining executives who were individually acquainted with Robert Home Smith and were eager to buy homes here.

MLS listings might mention that some errands can be accomplished on foot in Kingsway South.

Public transit is available however and most residents in the area can walk to either the Royal York or Islington subway stations on Bloor Street. These stations are branches of the Bloor-Danforth subway line. The Islington station is also a linking route for the Mississauga Transit structure and it provides an express bus service to Pearson International Airport.

Luckily as well, motorists are roughly twenty minutes from downtown Toronto's business and entertainment districts via Bloor Street, or Lakeshore Boulevard. The airport is just about a ten minute drive from Kingsway Park.

Kingsway South real estate agents MLS listings might offer a glimpse into the local amenities and shopping opportunities available to residents in this community. The Kingsway Village shopping corridor on Bloor Street West has an outstanding variety of small specialty shops, chain stores, restaurants as well as professional and medical services.

Shopping in Dundas Street West includes strip plazas as well as a number of home furnishing/design and landscaping shops. There are additionally some appealing hobby and craft stores, an antique store as well as an art gallery. This thoroughfare also includes a drive-through dry cleaner that features in-car drop off and pick up service. The Kingsway Mills outdoor shopping plaza (4242 Dundas Street West) is a mix of small chain stores, specialty shops, and a fine food store.

Central Park is the site of the Etobicoke Lawn Bowling Club and also has tennis courts and a large baseball diamond.

Home Smith Park accessed trails the Humber River and is part of a 10 kilometre paved path that connects cyclists, in-line skaters, walkers, and joggers to the Martin Goodman Trail on Toronto's waterfront.