22 homes for sale in Rockcliffe Smythe 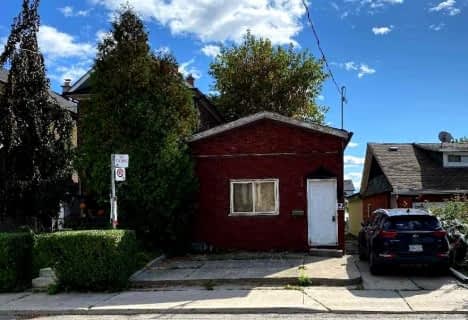 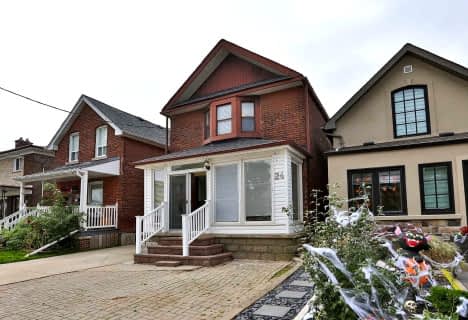 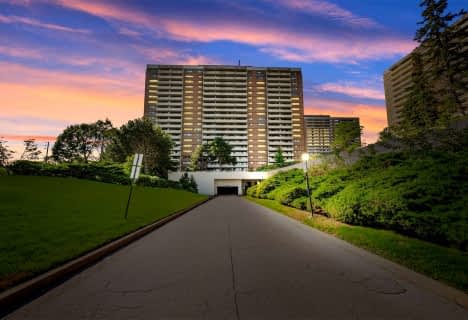 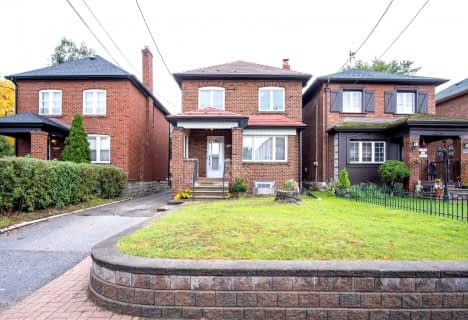 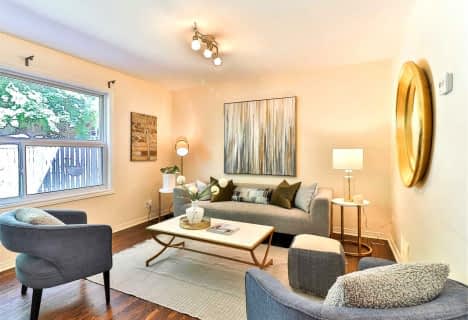 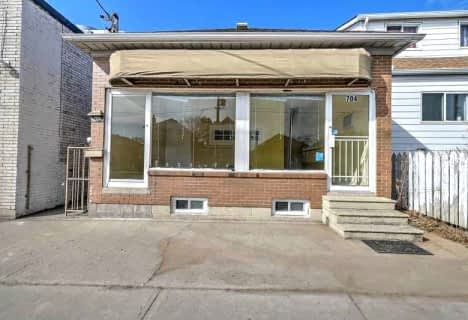 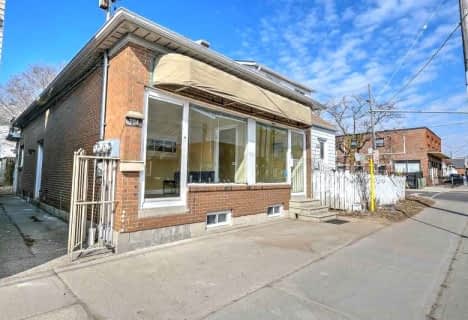 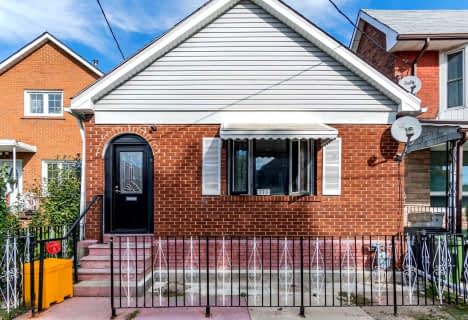 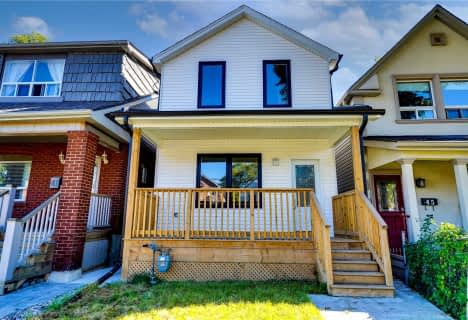 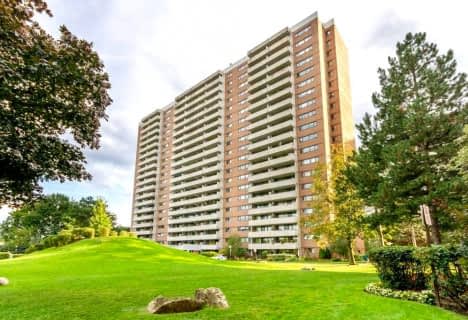 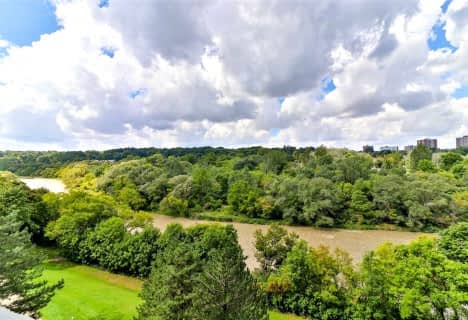 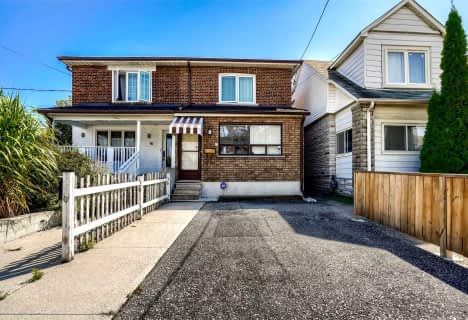 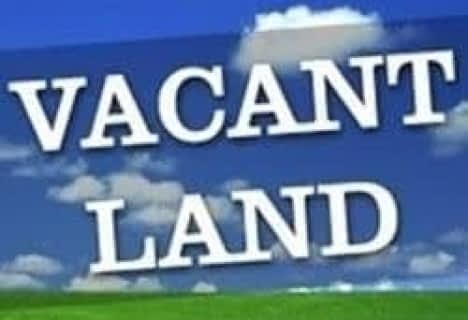 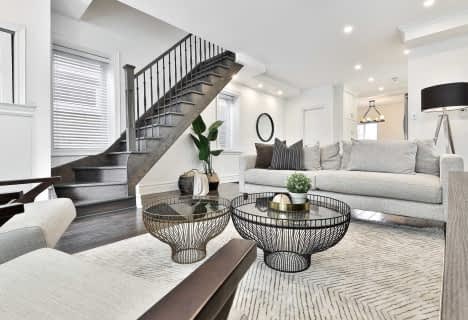 Rockcliffe–Smythe is a working class community in the York region of Toronto. This neighbourhood’s boundaries are Eglinton Avenue West to the north, from the Humber River to Jane Street. It then extends south along Jane to Lambton, and trails Lambton past Weston Road to the north-south railway lines to the east.

When it comes to real estate in Rockcliffe-Smythe, the borders actually trail the railway south to the eastern boundary where it then veers south and west along community streets until it reaches St. Clair Avenue West, then south down Runnymede Road to the east-west railway line. The borders then follow the railway line to the Humber River, and follow the Humber River north to Eglinton. For MLS real estate purposes, is in the York-South Weston, Ward 11 of the City of Toronto.

As with many communities defined by the city, there are many times more established names for enclaves of the city. Directly north-east of Jane Street and St. Clair West is a district named Syme, after George Syme. Further to the east, just beyond Hilldale road is another pocket named Harwood. Harwood is bounded by creek in almost every direction.

This area has huge amounts of green space including the centrally situated Smythe Park. The whole western boundary is green space and includes Lambton Park, as well as Lambton and Scarlett Woods golf courses. Black Creek connects the Humber in the community as the Black Creek enters the neighbourhood from the north-east, flowing through a concrete culvert in the middle of Humber Boulevard and through concrete parks and to the Humber.

Homes for sale in Rockcliffe-Smythe are surrounded by an abundance of parkland. The community is mainly residential in nature, and contains many single-family detached homes. This neighbourhood also features its own Rockcliffe 55+ seniors centre in addition to apartment buildings along Jane Street, Scarlett Road and Humber Boulevard.

Though it is not all just homes, there is also industry along the rail lines to the east and south and in pockets as well as some retail along St. Clair Avenue and Weston Road. The Rockcliffe-Smythe community is encircled by the natural splendour and rolling topography of the Black Creek Valley.

What’s great about this neighbourhood is that it contains a small amount of former market garden cottages which date back to the late 1800s. These properties pre-date the subdivision of this area and are set back further from the road than the rest of the homes. Most of George Rockcliffe’s houses were constructed in the early 1900s. Property styles vary from Victorian semi-detached houses, to detached houses with gambrel roofs which resemble the facade of a country barn. There are also numerous variations of bungalows and some larger recently built houses.

For potential buyers of real estate for sale in Rockcliffe-Smythe, especially those with kids, its great to know that the local Rockcliffe Middle School is

This neighbourhood got its name from George Rockcliffe, a Scotsman who came to Canada with his family in 1862. Rockcliffe settled in this region in the 1870s, when he bought twenty-five acres of fine gardening terrain in the “Black Creek Valley.”

Rockcliffe grew plants, fruits and vegetables on his farm and quickly became wealthy offering produce to the Toronto food markets. In 1898, Rockcliffe switched from farming to start a very successful political career. He was elected to the York Township Community Council and then went on to become one of the longest serving school trustees in the Province of Ontario.

In the early 1900s, Rockcliffe agreed to sell his “Black Creek Valley” estate. In an act of great generosity, Rockcliffe donated part of his estate to York Township. When the local school was developed in 1909, it was appropriately named George Rockcliffe School in honour of its sponsor.

Homes for sale in Rockcliffe-Smythe benefit from close proximity to public transit. The neighbourhood is serviced by several TTC bus lines, including the Route 35 Jane along Jane Street from Jane subway station and the Routes 71 Runnymede and 79 Scarlett Road along Runnymede Road, which start at Runnymede subway station.

Along the east, the Route 89 Weston bus line travels along Weston Road to Keele subway station and the 161 Rogers Road loops within the area and goes to the east, joining the subway at Ossington station.

Rockcliffe-Smythe real estate agents know that there are scattered amounts of small shops, variety stores, as well as restaurants situated along St. Clair Avenue West. Further north along Jane Street, there is a good number of neighbourhood shopping plazas.

For residents and visitors alike, the Stockyards Centre located just off St. Clair Avenue at Keele Street is flanked by a large grocery store. In addition, this shopping plaza also includes a bank, as well as a pharmacy, an electronics store and a Starbucks for all the coffee lovers out there.

Prices of real estate in Rockcliffe-Smythe can depend on the availability and close proximity to entertainment attractions and recreational facilities. Black Creek Park is a big open green space situated off Rockcliffe Boulevard which flows through the middle of this park and is guided by a solid channel that has been created for flood control measures. The Toronto Region Conservation Authority started tree planting in this park in 1991 as part of their Black Creek Rehabilitation Project and has recently added a paved walkway in Black Creek Park.

Caffney Park is a slim greenbelt that starts at Castleton Avenue and ends at Blakely Avenue. This park features a paved trail, a children’s playground as well as panoramic views of the Black Creek Valley.

The Dave Appleton Community Centre (33 Pritchard Avenue) acts as the home of the George S. Rockcliffe Seniors’ Centre of York. This centre hosts a mix of clinics, workshops and special events. Bingo and dancing are also popular activities at this centre which features its own ÎRockcliffe Cafe.