4 homes for sale in Mount Dennis 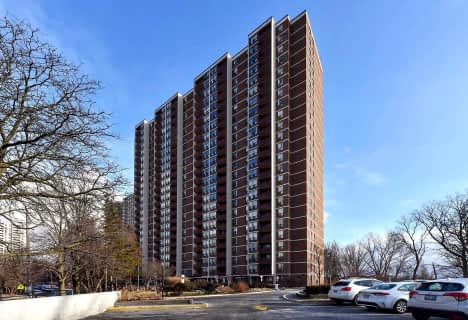 Mount Dennis is a working class community in Toronto in the former City of York. The neighbourhood is bounded by Clouston Avenue, north of the junction of Jane Street and Weston Road, to the north, and Black Creek to the east and south, as the creek winds parallel to Alliance Avenue before crossing under Jane Street on its way to drain into the Humber River, which makes a natural border to the west.

Real estate in Mount Dennis exists in a surprising combination of hills and valleys situated on one of the highest topographical plains in Toronto. It is bordered by ravine and parkland and is surrounded on the west by the Humber River and on the east by the Black Creek.

The area is a standard example of Toronto's multiculturalism, with tons of ethnic groups represented. However, the largest ethnic group in this community comes from the Caribbean and West Africa with the immense majority of visible minorities of Jamaican descent.

There are many black storefront churches signifying the multiple faiths of the African and Caribbean neighbours. Furthermore, Middle Eastern, Western-European and Asian faiths such as Christian, Roman Catholicism, Pentecostalism, Seventh Day Adventist, Muslim, and Buddhist are also among the residents in the neighbourhood. Some of the languages spoken in Mount Dennis are Spanish, Vietnamese, and Portuguese.

Within this community is the Dennis Community School, a public elementary school located at Dennis Avenue, near Weston Road and Eglinton Avenue.

Homes for sale in Mount Dennis are attractive to people from many cultural backgrounds. This ethnically diverse community has more than thirty different cultural groups represented at the community public school.

The bulk of the housing stock in Mount Dennis was built in stages in every decade from the late 1800s until the 1960s. This is the reason why there are various different home styles present in this neighbourhood. Paradoxically, now that this community has finally reached its residential capacity, a number of the original properties are being replaced by newer custom built homes.

Many Mount Dennis homes overlook the Humber River Valley or one of the many parks located within this neighbourhood. One of the many reasons people like to buy homes for sale in Mount Dennis is the close proximity to the Scarlett Woods Golf Course. Situated in the south-west enclave of Eglinton Flats, is an executive-length par 62 course perfect for beginners and experts.

The Mount Dennis Community Hall offers year round programs to residents and serves as an administrative centre for a lot of recreational programs within this district. The Mount Dennis Public Library (1123 Weston Road) features programs for children and seniors.

Mount Dennis got its name after John Dennis, a Loyalist shipbuilder from Philadelphia who settled on a here farm in the early 1800s. The Dennis family, like many settlers in early Toronto, operated a saw mill and a woollen factory on their estate, which took in the entire current day Mount Dennis neighbourhood.

During the late 1800s, Mount Dennis was famous for its brick yards, the Conn Smythe Sand and Gravel pit, as well as a handful of market gardens which operated on the lush plain of what is now Eglinton Flats.

In 1893, Mount Dennis constructed its first school which was then preceded by a post office as well as some general stores along Weston Road. In 1916, the Kodak Company moved into Mount Dennis and turned into the largest employer in the area.

During the 1950s, the great open fields and bush in this community gave way to new subdivisions as Mount Dennis evolved from a rural outpost to an urban neighbourhood.

MLS listings might state that some errands can be accomplished on foot in Mount Dennis, although, residents also have great access to public transit. The Jane Street and Weston Road buses link to the Bloor-Danforth subway line while the Trethewey Drive and Eglinton Avenue buses link to the Eglinton station on the Yonge-University-Spadina subway line.

Commuters are roughly a ten minute ride from Highway 401 which merges to all the major highways heading into and out of the city. Those heading downtown can take Jane Street south to Bloor across to Windermere Avenue. Then, heading south to Lake Shore Boulevard will usher motorists into Toronto's financial and entertainment districts.

Mount Dennis real estate agents know that the primary shopping district is the area is situated on Weston Road. This span of shops has recently been designated as a business improvement area.

Mount Dennis residents are also accommodated by a handful of small shopping centres which can be found along Jane Street and house a good mix of stores. These plazas cater to the everyday household requests of the residents in this area. Lambton Avenue additionally has a limited amount of shopping such as variety stores, a grocery store and a dry cleaner.

Mount Dennis is a great place for entertainment attractions since it is rich in parkland. Jasper Park and Noble Park are geared towards children. Westlake Memorial Park, named after the Westlake brothers, Thomas, Albert and George who died in combat during World War II, contains a children's playground, a baseball diamond as well as some of the steepest tobogganing hills in the City of Toronto.