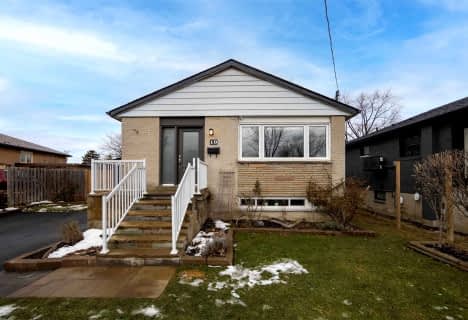 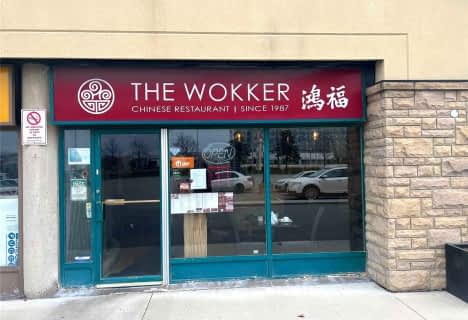 Eringate-Centennial-West Deane is a neighbourhood in the Etobicoke district of the City of Toronto.This community is situated within close proximity to Pearson International Airport and Highway 427. It is bordered to the north by Eglinton Avenue West, on the east by Martin Grove Road, on the south by Rathburn Road and on the west by Centennial Park and golf course. The community itself is a fairly large one and takes up several neighbourhoods including West Deane Park and Centennial Park.

Real estate in Eringate-Centennial-West Deane is characterized by the smaller communities that exist within it. For example, West Deane Park is an extremely calm neighbourhood with a great mix of long-time residents as well as newcomers. The country feel of this area comes from the Mimico Creek Valley, which divides through the middle of the West Deane Park region.

The Mimico Creek Valley is the habitat of an assortment of wildlife including beaver, coyotes, deer, fox, ground hogs, pheasants, skunks, raccoons, red tailed hawks, and blue birds-all of which have been seen by residents of this community. Nature and animal lovers adore the West Deane Park neighbourhood.

The Centennial Park area is home to residents from a broad range of ethnic backgrounds and income levels. There is an abundance of parkland, a varied housing stock, a local library, an excellent mixture of public and private schools as well as convenient access to shopping and transit.

Homes for sale in Eringate-Centennial-West Deane will most likely have been built in the 1960s. The styles that can be found in this community include ranch-style bungalows, Georgian Revival and split-level homes.

Luckily, all the properties are situated on generous size lots and include private driveways as well as attached garages. There are also a limited number of row-houses as well as multi-plex buildings situated on the edge of this area.

The section around Beaverbend Road was completed later than the remainder of this community and consequently features some larger and more contemporary family-style homes built in the 1980s.

Centennial Park also has a subdivision of larger detached and semi-detached homes in the area surrounding Elmbrook Park. Quite a few of these houses showcase Tudor Revival designs with steeply pitched roofs and other accents.

The history of Eringate-Centennial-West Deane started off as a farmland before it was bought out by construction tycoon Percy Law in the 1930s. Law raised prize cattle and race horses on this estate, which also served as a storage warehouse for his construction equipment.

Law built a Colonial Revival "Old Kentucky" type dwelling over an existing brick farmhouse that had stood on his land. This remarkable white house with its large Corinthian style pillars still exists today, set back from the road at number 59 Beaverbend Road. On the estate surrounding his house Law also built a coach house, a farm manager's house as well as stables. The farm manager's house is still erect at 18 Deanewood Crescent.

Law sold his hobby farm in the early 1960s to developer Edmund Peachey, who constructed the present day neighbourhood. Peachey named this subdivision West Deane Park; in respect of his wife whose maiden name was Deane.

MLS listings might mention that homes for sale in Eringate-Centennial-West Deane are conveniently located near bus services on the East Mall and on Martingrove Road. These stations shuttle passengers to Go Transit stations. The Eglinton Avenue and Rathburn Road buses offer connecting routes to the Yonge-University-Spadina subway line.

Commuters can gain immediate access to Highway 427 South/North, as well as Highway 401 which offers connecting routes to Toronto's network of commuter highways.

Eringate-Centennial-West Deane real estate agents know that West Deane residents enjoy close proximity to the The East Mall Plaza and the Loblaw supermarket. Other shopping opportunities in this community consist of Cloverdale Mall; an indoor shopping centre situated at Highway 427 and Dundas. This shopping destination includes more than 90 stores, restaurants and professional and medical offices.

Eringate Mall offers a large supermarket, a bank, and some smaller retailers. The Renforth Mall situated at Rathburn and Renforth, includes a large food market and a variety of smaller retail stores.

Homes for sale in Eringate-Centennial-West Deane may not sit on the market for too long. The natural surroundings, recreational opportunities and entertainment attractions make it a very attractive community that is in demand.

West Deane Park is located in the picturesque Mimico Creek Ravine Valley, highlighted by a paved exercise and bicycle path that travels its way along the course of the Mimico Creek. West Deane Park also features a children's playground, two baseball diamonds as well as a shaded picnic area. The Martingrove Tennis Club is situated at the north end of this park. These four tennis courts also serve as an artificial ice rink in the winter.

Centennial Park is an enormous park which includes a Mini-Indy track, tennis courts, a 2200 seat stadium, playing fields, indoor hockey arenas, ski hills, a public golf course, a pond with paddleboats, picnic sites and also a greenhouse. It is also the home of the Etobicoke Olympium, a multi-purpose recreational facility known for its aquatics, rhythmic gymnastics and aerobics classes. The Etobicoke Olympium also offers its own fitness club and pro shop.