2 homes for sale in Markland Wood 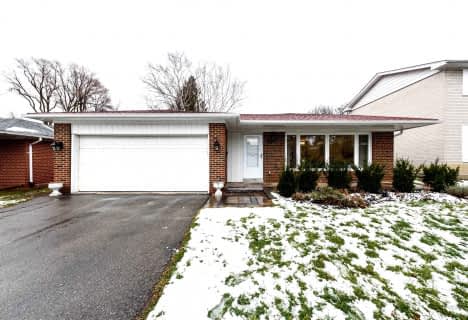 Real estate in Markland Wood benefits from having a very strong Home Association, one of the most dedicated ratepayers associations in the City of Toronto. There are roughly one thousand two hundred homes in Markland Wood and 85 to 90% of the homeowners support their residents association.

This Etobicoke neighbourhood Markland Homes Association arranges and promotes several valuable activities such as the annual Christmas Caravan, All Candidates Nights meetings, as well as a scholarship program for residents of Markland Wood who are going on to University. The Markland Home Association also circulates a monthly newsletter entitled the "Marklander," which keeps residents up to date about the current events going on in the neighbourhood.

Homes for sale in Markland Wood are desirable because they sit on good sized lots and include private driveways with double garages. There are numerous mature trees around these properties and a number of of the backyards even contain apple trees from the former Silverthorn farm. The dwellings on Markland Drive back onto the Markland Wood Country Club and the Etobicoke River Valley.

The majority of the Markland Wood housing stock was constructed between 1960 and 1962. These wonderful abodes include detached two-storey Georgian and Regency revival designs blended in with modern bungalow and split-level style homes.

This neighbourhood is extremely family friendly as there are many schools in the area. Bloordale Middle School (10 Toledo Road) is for students from grade 6-8. Millwood Junior School (222 Mill Road) is for students in grades JK-5. St. Clement Catholic School services children in grades 1-8 and Silverthorn Collegiate Institute is for high school students grades 9-12.

Additionally, the Mill Valley Junior School is located just outside Markland Wood and is for students in grades JK-5.

The ground on which the Markland Wood neighbourhood was built was formally granted to John Silverthorn in 1810. He was an experienced millwright and instantly built a saw mill and a grist mill on the banks of the Etobicoke River surrounding his estate.

The Silverthorn Mills were the core of this area and the present day "Mill Road" was a shortcut the farmers used on their way to the mills.

The Silverthorn Mills functioned until 1870 when the water flow in the Etobicoke River reduced to the point where it could no longer operate the mills. The Silverthorn family then turned their efforts to farming. They were just as adept at farming as they were at milling, and even sold tomatoes from their farm to the neighbouring Campbell Soup Company.

The Silverthorn family decided to sell their farm to developer Mark Cavotti in 1958. Cavotti's acquaintances honoured him by naming this development Markland Wood and the neighbourhood was born.

MLS listings might mention that some errands can be accomplished on foot in Markland Woods. However, public transit also exists as bus service along Mill Road, Markland Drive and Bloor Street link passengers to the Kipling TTC and Go Transit stations.

Commuters can quickly access the Burnhamthorpe on-ramp to Highway 427 which merges with other Toronto motorist highways. For those heading out of the city, Pearson International Airport is just five minutes away.

Markland Wood real estate agents can lead potential homebuyers to all sorts of local amenities and shopping opportunities. The Markland Wood Plaza is anchored by a national supermarket as well as a fast food restaurant that was particularly designed with input from the Markland Homes Association. This shopping plaza also includes a drug store, dry cleaner, a pastry shop, a bank, a hairstylist, a flower shop as well as a veterinarian clinic.

The Burnhamthorpe Mall (Burnhamthorpe Drive) features a popular food market as well as a post office, a pet store, medical and dental clinics in addition to a family restaurant. A local amenity and gem is the Millwood Park which includes tennis courts and a baseball diamond.

Prices of homes for sale in Markland Wood and anywhere else vary on the availability of nearby entertainment attractions. Luckily, this neighbourhood is loaded with them. The Bloordale Community School (10 Toledo Road) features various programs for kids and adults. The neighbourhing Bloordale Park is the home field of the Bloordale Baseball League which has a house league, inter league, Intercounty as well as all-star programs. Bloordale Park also includes tennis court facilities.

The Markland Wood Country Club surrounds Markland Drive and in conjunction with the Etobicoke River Valley, creates a nice natural barrier for this area. This club offers golf and social memberships.