5 homes for sale in Rexdale Kipling 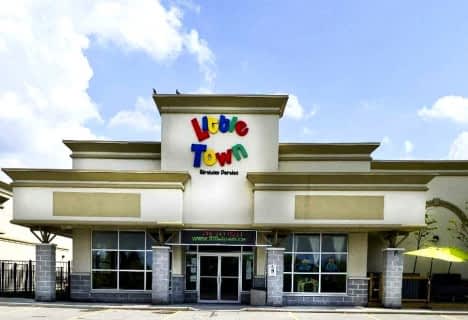 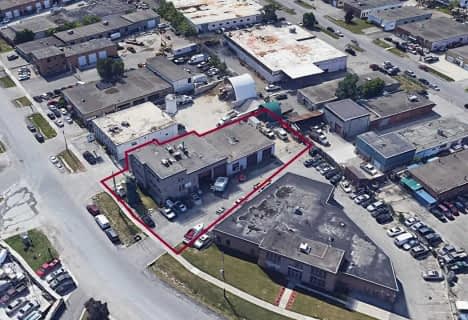 Rexdale-Kipling is a community situated in the northwest corner of Etobicoke in the City of Toronto. Rexdale was given its name after local developer Rex Heslop, the community’s first residential real estate developer. He built the original suburb north of Highway 401 and east of Kipling Avenue.

This neighbourhood is bounded by the former Town of Woodbridge in the City of Vaughan to the north, the North York district of Toronto to the east, central Etobicoke to the south and Malton and Toronto Pearson International Airport in the City of Mississauga to the west.

Real estate in Rexdale-Kipling is situated within a community that is surrounded by the stunning West Humber River Valley to the north while a manufacturing corridor forms the southern boundary. The bulk of Rexdale-Kipling’s housing stock is extremely diverse with owner occupied single-family homes which can be found on the interior of the area as well as subsidized and rental housing situated on the periphery of this area.

There are many recreational opportunities for the entire family in Rexdale-Kipling. The Sunnydale Acres, Rexdale, and Rexlington Parks all include wading pools and the local Falstaff Park also has an outdoor swimming pool. Tennis courts can be found at Sunnydale Acres, Flagstaff and Rexlington Parks. The tennis courts at Rivercrest School are used as an artificial ice rink in the winter. Additionally, the Rexdale baseball league runs out of several Rexdale parks and features T-Ball and house league programs for children.

Homes for sale in Rexdale-Kipling sit on winding streets that are well shaded by mature trees. The front lawns are extremely well-maintained and feature a blend of smaller decorative trees. The collection of dwellings here includes raised and ranch-style bungalows. In addition, contemporary style bungalows with adjoining car-ports, split-level homes and storey-and-a-half houses can also be found in Rexdale-Kipling.

In addition, semi-detached houses and basic two-storey detached houses are also common features of this neighbourhood. The properties in the Kipling Heights subdivision east of Kipling Avenue were constructed mainly in the mid to late 1950s, while the houses west of Kipling date mainly from the early 1960s. There are quite a few houses situated at the north end of this community that showcase amazing views of the West Humber River Parkland.

For those searching through MLS listings, Rexdale-Kipling also has a big number of walk-up apartment buildings as well as multi-plex residences in the Islington Avenue and Rexdale Boulevard area. These feature publicly and privately owned complexes which provide affordable rental apartments to those interested in the neighbourhood.

In the 1950s, Rexdale-Kipling was still farmland when developer Rex Heslop started the land assembly which resulted in the building of this community. Heslop envisaged that the conclusion of Highway 401 and the establishment of jobs at the nearby Toronto International Airport would bring a strong demand for residences in Rexdale. Heslop's forecast proved to be true as the Rexdale subdivision was sold out in a comparatively short period of time between the mid 1950s and the early 1960s.

Etobicoke granted certain considerations to Heslop on the terms that he also construct the farmland around what is now Rexdale Boulevard. Etobicoke desired this land to be altered from rural to industrial use to help relieve the rising residential tax rate in the Township. Heslop was realized that more manufacturers meant more jobs and hence more buyers for his Rexdale properties. Upon its conclusion, the Rexdale manufacturing area would turn into one of the city's largest industrial areas.

When it comes to Rexdale-Kipling real estate agents’ MLS listings, many of them might mention that close proximity to highways is extremely accessible in this neighbourhood. Commuters are less than five minutes from a system of motorist highways including the 401, 427, 409 and 27 highways. A majority of these highways offer direct routes to the Pearson International Airport which is situated just a few minutes from Rexdale-Kipling.

Rexdale-Kipling real estate agents are also great informers to potential homebuyers of nearby amenities and shopping options. The Rexdale Plaza is flanked by a large Asian supermarket and houses a great mix of independent and franchise retailers. This plaza also features a women's health club, professional offices, and a language centre for new Canadians as well as the Northern Elms Public Library.

The shopping district along Rexdale Boulevard features an eclectic collection of retail shops, car dealerships, a big box store and a bowling alley as well as professional offices. North on Kipling Avenue, residents and visitors alike can spot various fast food franchise restaurants as well as two neighbourhood shopping plazas that accommodate the everyday needs of the Rexdale-Kipling inhabitants.

The nearby Woodbine Centre features almost two hundred specialty shops and is also known for its popular indoor amusement park that is decorated by an antique carousel, a Ferris wheel, a train, as well as a children's play village.

Prices of homes for sale in Rexdale-Kipling and anywhere else depend on the availability and close proximity to entertainment attractions. Luckily, for this neighbourhood, the Esther Lorrie Park and Kipling Heights Park not only offer stunning views of the West Humber River Valley, but these parks offer access to the West Humber Parkland. Here, residents can find a paved trail used mainly by walkers, joggers and bicyclists.

The West Acres Seniors Centre (65 Hinton Road) holds an array of special events and programs such as monthly birthday parties, dances, field trips, bowling and crafts. This recreation centre is also the home of the Rexdale Lawn Bowling Club.

Horse racing fans are only minutes away from the Woodbine Race Track that features thoroughbred racing in the daytime and harness racing in the evenings.