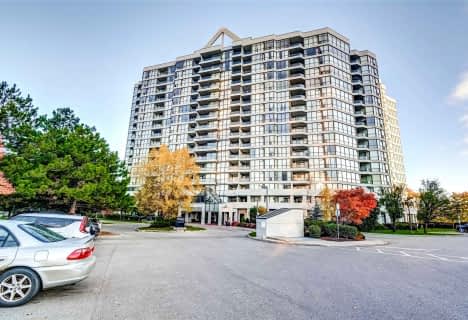 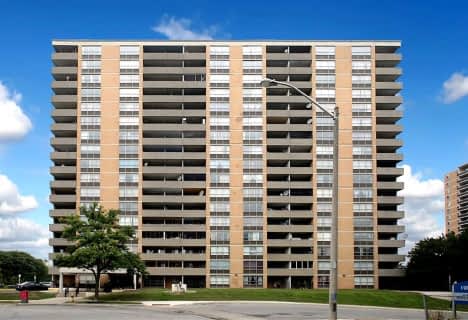 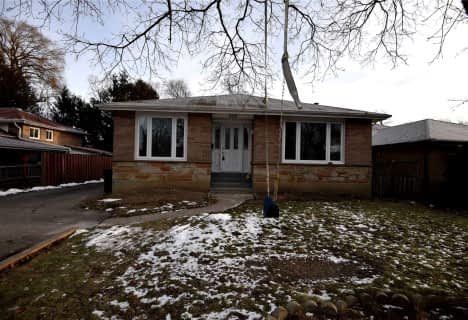 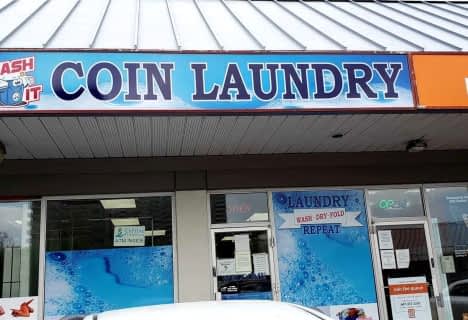 Mount Olive-Silverstone-Jamestown, known simply as Smithfield is part of the Rexdale community in the northwestern part of Etobicoke, in Toronto. Some new residents to the City of Toronto and new immigrants to Canada are pulled into this neighbourhood, mostly because there is a huge number of affordable public housing. This community received its name after the former village of Smithfield which was situated at the intersection of Albion and Martin Grove.

Real estate in Mount Olive-Silverstone-Jamestown is covered in the residential section of Etobicoke north of the west branch of the Humber River and west of Kipling Avenue. The west and north of the area are large industrial regions. Mount Olive is the name given to the area north of Albion Road amid Kipling and Martin Grove. Jamestown is the section of the community south of Albion between Kipling and Martin Grove. Silverstone spans the area west of Martin Grove and north of Finch. The northernmost part of the community, above the hydro right of way, is referred to as South Steeles. The western protrusion of the area running along the south side of Finch is known as Woodbine Downs.

Mount Olive-Silverstone-Jamestown was once home to a massive Anglo-Saxon population; however, it went through a big arrival of citizens from Eastern Europe, Asia, and the Caribbean. The result of the various cultures has guided the way for a shared diversity that is unlike any area of such small size.

Homes for sale in Mount Olive-Silverstone-Jamestown may be located at the far north-west boundary of the City of Toronto. This neighbourhood is bordered on the south, east and west by the Humber River Valley. Local landmarks include Etobicoke General Hospital and the North Campus of Humber College.

This neighbourhood features one of the biggest concentrations of subsidized housing in Toronto and has newly received an incredible boost with the ten million dollar North Kipling Junior-Middle School and Community Centre Project (2 Rowntree Road).

The majority of the housing stock in Mount Olive-Silverstone-Jamestown was built during the 1960s through the 1980s and also features some new recent home developments situated alongside Finch Avenue, west of Highway 27.

This community is also home to a large number of private and subsidized townhouse complexes as well as high-rise apartment buildings. There are a handful of high-rise condos for sale in Mount Olive-Silverstone-Jamestown particularly on Kipling Avenue, at Rowntree Road.

Robert Smith was a major landowner in this area dating back to the 1830s and is the reason why the Mount Olive-Silverstone-Jamestown community is formally known as Smithfeild. It was he who donated the land for the first local church at the corner of Albion and Martin Grove Roads.

From 1874 forwards, this pioneer neighbourhood centred around the Smithfield school which was located on Albion Road, west of Martin Grove. This two room schoolhouse was designated as School Section #7 by the former Township of Etobicoke.

MLS listings might make mention that some errands can be accomplished on foot in Mount Olive-Silverstone-Jamestown. Although it is within close proximity to many things, public transit is also available.

There is bus service down the major streets and a lot of the secondary streets in the Smithfield area. These bus lines shuttle passengers to either the Yonge-University-Spadina subway line or the Bloor-Danforth subway line.

Highway 27 runs through the middle of this community and is easily accessed like Highway 401 with on-ramps at Kipling Avenue. Both of these highways link motorists to Toronto's network of commuter highways.

Mount Olive-Silverstone-Jamestown real estate agents can point potential homebuyers in the direction of local amenities and shopping opportunities. There are about 117 restaurants, bars and coffee shops in the area and residents or visitors alike can walk to an average of 1 restaurant, bar and coffee shops in 5 minutes.

The nearby Shoppers World Albion is a big indoor mall flanked by a department store and a supermarket. This mall includes a selection of franchise stores as well as independent retailers. Smaller shopping plazas can be located scattered throughout the Smithfield neighbourhood.

The retail section along Highway 27, north of Finch Avenue features a large garden centre, a car dealership, big box stores, a discount mall, a bingo hall and the Albion Flea Market which houses over 400 vendors.

Mount Olive-Silverstone-Jamestown real estate agents can also point residents to nearby entertainment attractions. They can exercise or take leisurely strolls in the West Humber Parkland path that surrounds this neighbourhood. This nine kilometre paved path spans from Albion Road through the valley to Finch Avenue west of the Humber Arboretum.

Entrances and parking to this path can be found west off Albion Road or off Westhumber Boulevard between Martin Grove Road and Kipling Avenue. It's worth a trip to the Humber Arboretum which is a large botanical garden accentuated by widespread ornamental gardens, a hillside of roses and more than 100 hundred species of flowering Rhododendrons and Azaleas.

Smithfield residents of all ages can also enjoy a diversity of recreational activities at the Smithfield Community School (175 Mount Olive Drive), the Albion Pool and Health Club (1485 Albion Road), and the Humberwood Community Centre (850 Humberwood Boulevard).