13 homes for sale in Woodbine Corridor 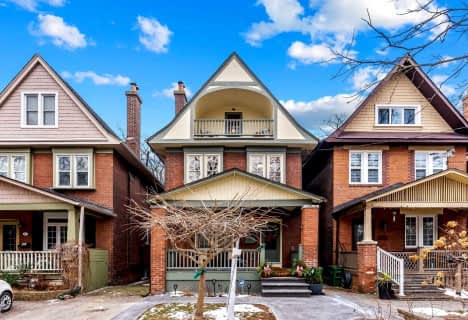 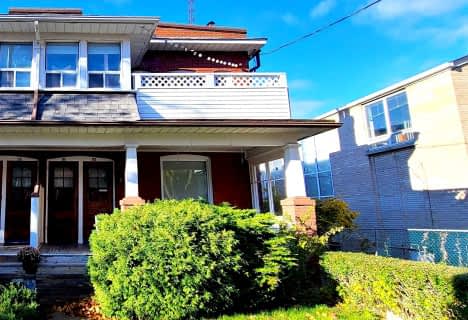 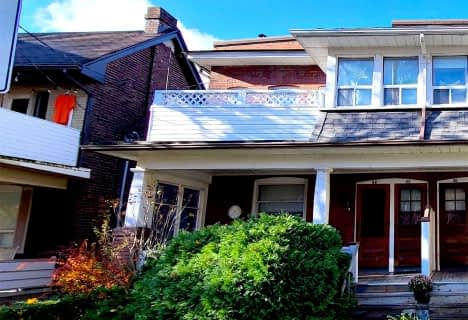 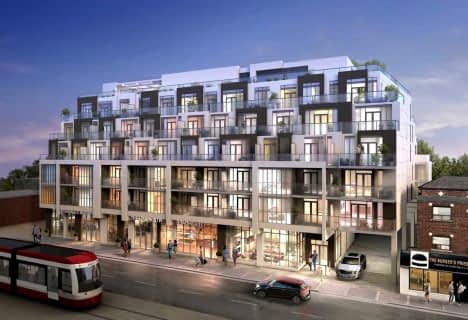 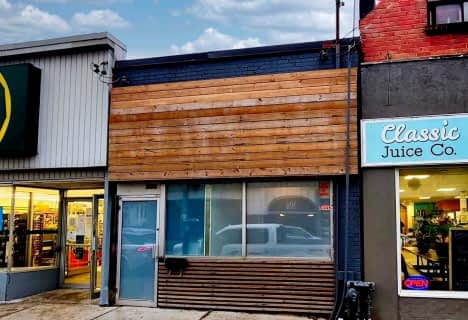 Although known for a long time as a primarily working-class neighbourhood, Woodbine Corridor has in recent years begun to attract large numbers of young families seeking affordable real estate in the city. Woodbine Corridor is actually a small part of the Upper Beaches area in Toronto’s east end. It is bounded by the railroad tracks on the north, Woodbine Avenue on the east, Queen Street East on the south, and Coxwell Avenue on the west.

Woodbine Corridor, along with most of the Upper Beaches, is far different from the nearby Beaches. Its streets are quiet, safe, and lined with stately trees as old as its turn of the century houses.

The neighbourhood is convenient for commuters, and families looking for fun do not have to go far – the beach is just a short drive away, along with all of the beachside shops and culture of the Beaches. Real estate listings in Woodbine Corridor offer the best of both the suburbs and the city: peace and quiet, with excitement only a short trip away.

There are many affordable detached and semi-detached homes for sale in Woodbine Corridor. Many of the MLS listings are from the nineteenth and early twentieth centuries, and range in style from small Edwardian bungalows to larger Gothic-style homes. It is common to find older homes for sale in Woodbine Corridor that have been purchased by house-flippers, gutted, and refurbished.

The Upper Beaches actually predates the Beaches, and was originally a small postal town known as Norway, after the Norway pines that were indigenous to the area. Coxwell Avenue, Woodbine Corridor’s western boundary, takes its name from Charles Coxwell Small, the wealthiest landowner in Norway at that time.

There was a tollgate at the intersection of Woodbine Avenue and Kingston Road, as this was a popular route between Toronto and Kingston. The small community grew larger thanks to this tollgate, and soon included all the amenities of a town, including a school and several inns.

In 1909, the Village of Norway was annexed by Toronto. However, there are still several places in the area that bear the old village’s name.

For commuters, downtown Toronto is easily accessible by either car or public transportation. Lake Shore Boulevard East is accessible from Woodbine Avenue. Also nearby are the Don Valley and Gardiner expressways.

The Toronto Pearson International Airport is less than a half hour away by car, and also accessible by public transportation.

Woodbine Corridor’s proximity to the Beaches allows for a wide variety of excellent shopping options. For beach-themed shopping aimed somewhat at tourists, Queen Street offers many clothing and souvenir stores, pubs, cafés, and restaurants. Another nautical shopping experience can be found on Kingston Road.

West of Woodbine Corridor On Gerrard Street East is Little India. On this stretch of road is a large, vibrant bazaar – one of North America’s largest South Asian marketplaces. There are stores offering everything from clothing to imported music, not to mention an extensive array of restaurants.

On Thursdays from June to October, the East Lynn Farmers’ Market is open on Danforth Avenue. This market offers local produce only, as well as sauces, jams, baked goods, and cheeses.

Residents of Woodbine Corridor have all of the fun of living in the Beaches at their fingertips at a much lower price. It is a quick trip to spend the day playing in the sand at one of several waterfront parks, such as Glen Stewart Park, Ashbridge’s Bay Park, or Woodbine Beach Park.

Families can also spend the day walking the famous Boardwalk, which runs along the entire length of the beach, or biking on the Martin Goodman Trail, which runs parallel to the Boardwalk. There is also a yearly ten-day jazz festival held in the parks in the summer.