7 homes for sale in Woodbine Lumsden 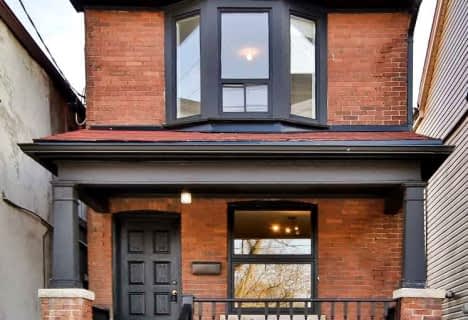 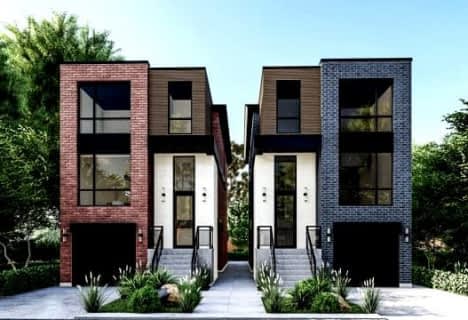 Woodbine-Lumsden is a small Edwardian neighbourhood in the Old East York area of Toronto, located between Woodbine Avenue and Main Street. Although in the past it has been known as an area mostly frequented by older and retired residents, over the past decade the locale has begun to evolve quickly.

Homes for sale in Woodbine-Lumsden are also very affordably priced. This, coupled with the area’s convenient location, has made it very attractive to younger families looking for entry-level real estate.

Woodbine-Lumsden has a low crime rate, as well as housing options that are not only affordable, but also an excellent purchase. There are charming older properties, as well as new, larger properties for growing families. As younger families move into the neighbourhood, more and more new businesses are attracted to the area.

Real estate in Woodbine-Lumsden is also ideal for young families because of its convenience: it provides easy access to the downtown area of Toronto for work or play while retaining all of the peace and comfort of suburban life.

One can spend the day taking in the dynamic atmosphere of downtown Toronto or wandering one of Woodbine-Lumsden’s park nature trails. There are several parks, most of which are connected by a long trail. The sixteen-kilometre long Taylor Massey Creek runs through all of the parks in the vicinity.

Woodbine-Lumsden was named one of the top ten up-and-coming neighbourhoods in June 2013 by Toronto Life magazine. Although many new families are moving in, thanks to recent developments , there are also families who have been in the area for generations and feel very connected to the community.

Woodbine-Lumsden real estate listings are quite diverse, consisting of both attached and detached single-family homes. Residences in this neighbourhood range from small bungalows to larger multi-level residences with two to three bedrooms.

Houses come in many different styles, from old, stately brick houses to smaller, uniform houses built in the mid-twentieth century. Many older homes have been removed to make way for larger, newer residences. Townhouses, condominiums, and apartments are also available.

Woodbine-Lumsden is part of what used to be the borough of East York before its amalgamation into Toronto in 1998. East York voted to split from the larger York Township in 1924, as they felt slighted by infrastructure reforms.

The area was largely populated by people of English descent, working-class families who placed great value in their ability to own their own homes and support one another as neighbours without outside interference. The arrival of World War II veterans in the 1940s and 1950s thanks to inexpensive housing only solidified this feeling of independent community.

This spirit of cooperation can still be found in Woodbine-Lumsden today, where many new residents report a warm welcome and helpful neighbours. Many of the houses in the area date from the early part of the twentieth century, although they have been updated.

The entertainment and financial districts of Toronto are just a short drive away from Woodbine-Lumsden. Public transportation is also easily accessible. There are two subway stations, Main Street Station and Woodbine Avenue Station, both of which run east- and westbound Bloor-Danforth trains.

There are several Toronto Transit Commission bus routes that pass through the area, as well as a community bus route. A Go Transit stop is located one block south of Main Street Station, from which a route goes to Union Station downtown, roughly a fifteen-minute trip.

There are also many restaurants and shops within walking distance for most Woodbine-Lumsden residents.

For domestic and international flights, the Toronto Pearson International Airport is a little over half an hour away from Woodbine-Lumsden by car.

Larger retailers can be found at Shoppers World Danforth plaza. Of course, since Woodbine-Lumsden is so conveniently located, it is only a short drive to shopping in the Toronto downtown area.

There are three elementary schools located within the immediate area of Woodbine-Lumsden, as well as several elementary, secondary, religious, and Montessori schools in the greater East York area that serve Woodbine-Lumsden residents.

There are many ways to stay active in Woodbine-Lumsden, particularly with such well-maintained, multifunctional parks in the area. One of these is the Taylor Creek Park, which features a nine-kilometre nature trail that connects to a few other parks in the area. Another is the Stan Wadlow Park, which boasts swimming pools, baseball diamonds, and a skate park, among other amenities.