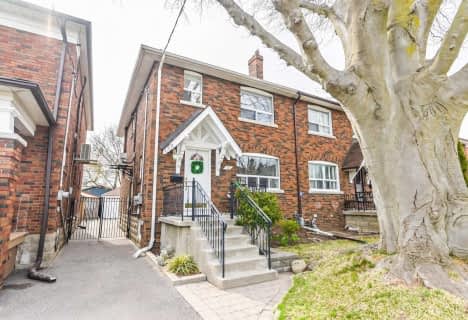 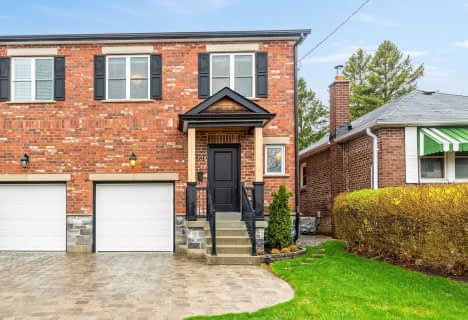 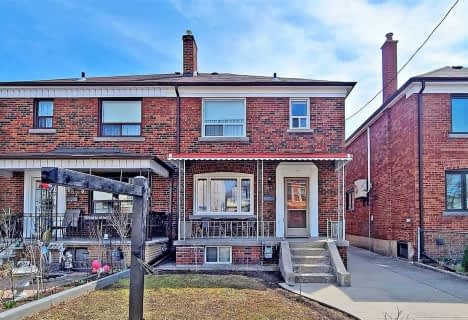 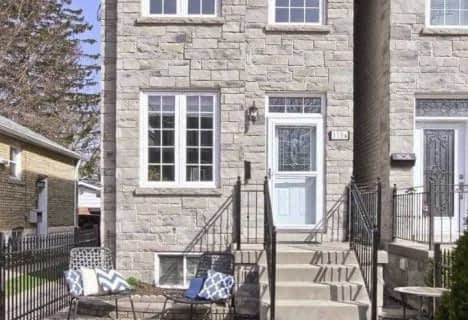 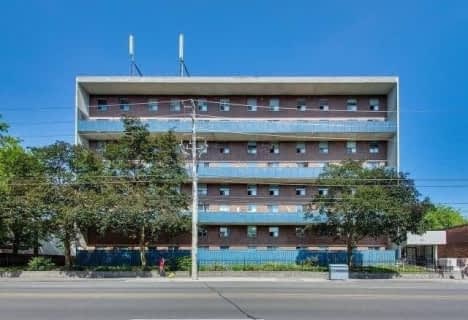 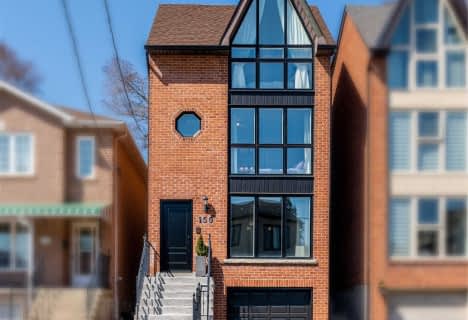 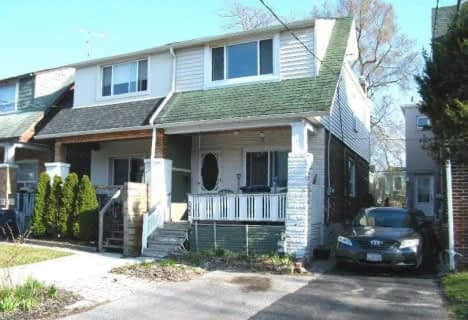 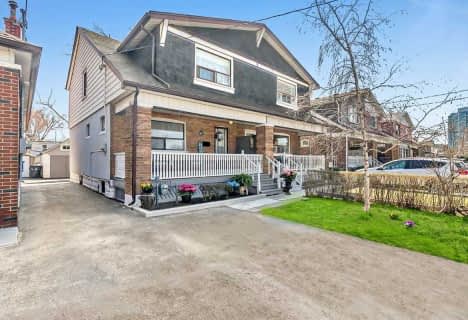 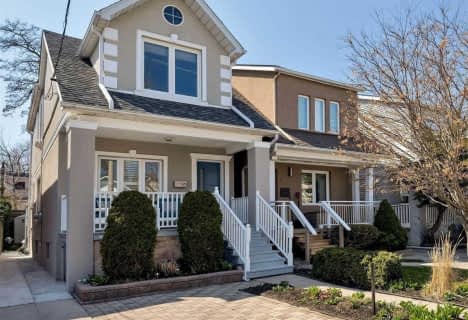 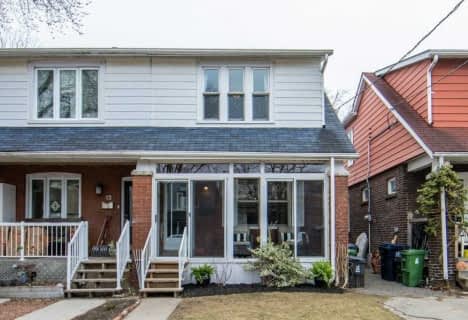 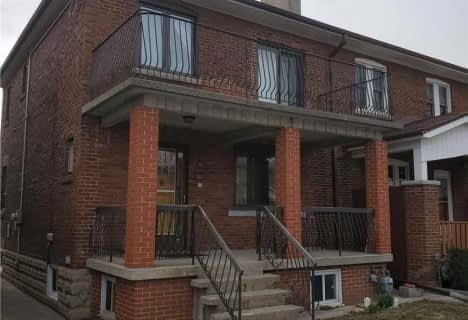 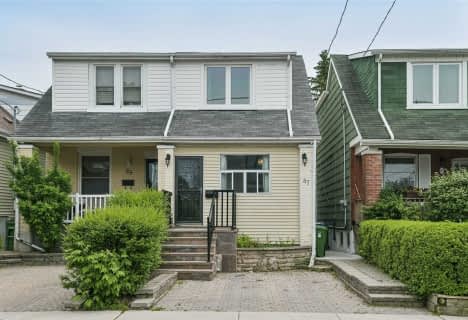 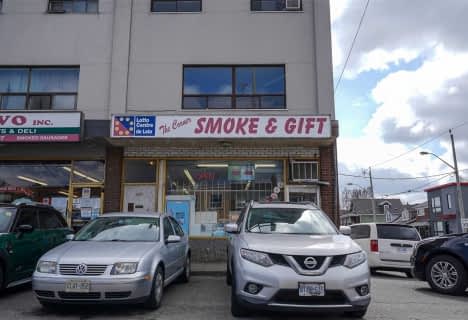 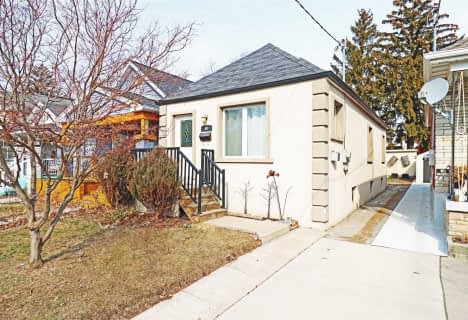 Danforth Village-East York is a neighbourhood in Toronto which is situated on the eastern part of Danforth Avenue. It spans from the eastern edge of Greektown by Jones Avenue to the boarder of Scarborough at Victoria Park Avenue. Old East York is to the north of the neighbourhood is and was once a separate municipality, but is closely integrated into the area today. The railway tracks make up the southern boundary beyond Leslieville and the Upper Beaches.

Real estate in the Danforth Village-East York is highly in demand due to its well known shopping quarter along Danforth Avenue. The copious shops and restaurants in the neighbourhood reflect the multi-ethnic mix of residents who live in the area. Monarch Park is just south of Danforth Village-East York and offers residents an assortment of recreational facilities to enjoy which include an artificial ice rink, a wading pool, as well as a swimming pool.

This community is affectionately known as the "Danny" and it attracts thousands if not millions of visitors from across the city and the world during spring for a number of popular street festivals. However, Danforth Village-East York is very well liked all year round especially during the fall when there are garden tours and studio visits which allow residents to get to know their neighbours. This community is filled with active parent who are a great contribution to the school system and have embraced many new families throughout the years.

Besides being in a location nearby everything and having easy access to public transit, Danforth Village-East York is also home to Toronto's Greek community, formally known as Greektown.

Danforth Village, north of the Danforth, was property initially held by the Church of England. Local street names such as Glebemount, and Glebeholme, are reminders that this was once the Church’s estate.

The land south of the Danforth was not owned by the Church. This land was first owned by families who were engaged in either the brick making business or in farming.

Danforth Avenue, this community’s major thoroughfare, is named after Asa Danforth, an American contractor who built Kingston road in 1799 but paradoxically had nothing to do with the building of Danforth Avenue.

In 1908, after being annexed to the City of Toronto, Danforth Village started to be subdivided. The two most important events in the growth of this neighbourhood were the achievement of the Prince Edward Viaduct in 1918, and the opening of the Bloor - Danforth subway in 1966.

MLS listings might make note of the fact that most errands can be accomplished on foot in the Danforth Village-East York.

Also, those searching for homes for sale in Danforth Village-East York will be happy to know that it is very well serviced by public transportation. The Bloor- Danforth subway has stations at Coxwell, Greenwood, Main, Woodbine, and Victoria Park. Moreover, there is also a Go Train station at Main and Danforth. Regular bus or streetcar service zooms through on Greenwood, Coxwell, Gerrard, and Woodbine Avenue.

Danforth Village-East York Avenue offers commuters with quick access to the downtown while motorists are ten to fifteen minutes from the Don Valley Parkway and Lake Shore Boulevard.

Danforth Village-East York real estate agents can brag to potential buyers about this community since Danforth Avenue offers local residents a wide range of shops and services. The Danforth Village-East York is popular for its genuine Greek restaurants and fresh fruit and vegetable stores. It is also known for its several bargain and discount stores. Shoppers World is an outdoor mall in the area and is one of Toronto's biggest discount malls.

One of the main amenities in this community is the access to the Danforth/Coxwell Public Library which offers programs for children.

Danforth Village-East York real estate listings describe Monarch Park, which is south of the Danforth between Coxwell and Greenwood. This superb park features a variety of recreational facilities including an artificial ice rink, a wading pool, and a swimming pool.

The East Toronto Athletic Field is made up of a number of sports fields. The Ted Reeve Indoor Hockey Arena is located next to the sports fields.

There are additional entertainment attractions in this neighbourhood too; the Earl Beattie Community Centre has an indoor swimming pool, and a gymnasium.

The Scarborough War Memorial is situated at the eastern edge of Danforth Village-East York Avenue at Kingston Road.