8 homes for sale in Oakridge 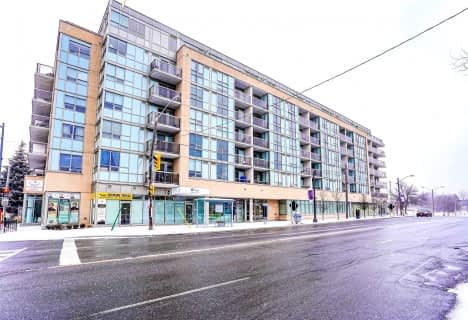 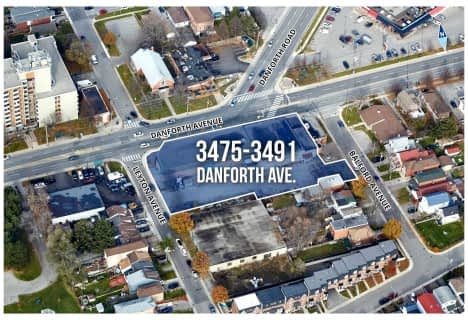 Oakridge has 13 homes on the market. Of the 10571 total properties listed in Toronto, Oakridge makes up just 0.1%. The average asking price of a property in Oakridge is $4,198,475, with an estimated mortgage of $14,223 per month. That is 2.4 times of the average asking price of $1,771,001 in Toronto. Properties listed in Oakridge are an average of 75 square feet, with 0.1 beds and 0.4 baths. Oakridge has 7.7% apartments relative to all the other listings in this neighbourhood.

Oakridge is a neighbourhood in the Scarborough district of the City of Toronto. This community is bounded by Massey Creek to the North, Warden Avenue to the East travelling South until Mack Avenue which then extends East again to the CNR rail line which forms the Southern Border and Victoria Park Avenue to the West.

Real estate in Oakridge is known as a mature neighbourhood that showcases an eclectic mix of older homes, a vibrant shopping district along Danforth Avenue as well as an abundance of parkland and recreational facilities.

The Oakridge community is hurdled on the north by ravine and park lands and on the south and east by the CN railway line and industry. An enormous amount of the social and recreational activities in this area revolve around the Oakridge Community Recreation Centre on Pharmacy Avenue, as well as Oakridge Park on Danforth Avenue.

The section of the Danforth streaming through Oakridge offers its residents with shopping, dining and other entertainment. The Oakridge Community Centre is also where a lot of the youth in the community find their entertainment. The neighbourhood is well serviced by public transit and the Bloor-Danforth subway line of the TTC runs through the Warden Woods Park, and both the Warden and Victoria Park stations are situated within the area.

Homes for sale in Oakridge come in a selection of sizes, shapes and styles. The majority of the housing stock in this Scarborough neighbourhood was built between the 1910s through the 1950s. A majority of the older Oakridge homes were self-built and then added onto and enhanced over time. New home development is presently taking place in this community, as some of the older houses make way for custom-designed, modern buildings. Cataraqui Crescent/Firvalley Court and Teesdale Place are some of the public housing that is available in Oakridge.

This neighbourhood is a working-class community that is very diverse in terms of ethnicities, religions and the types of homes present. Over 40% of residents in Oakridge are Black or South Asian and more than 20% of residents are of the Islamic faith. Languages spoken in this area include as Bengali, Urdu and Tamil which further cements this community as one in the collection of diverse neighbourhoods in the City of Toronto.

The history of the Oakridge area is focused around the Oakridge Public School, which was constructed in 1913 on Danforth Road where Oakridge Park is currently situated. This school was torn down in 1967, and replaced by a contemporary school on Byng Road. A date stone memorial to the old Oakridge school can be found at the Danforth Road entranceway to Oakridge Park.

Oakridge's expansion was mainly influenced by Danforth Road, one of Toronto's oldest streets. As early as 1918, Danforth Road had its own bus service that helped to lure in many homeowners to this neighbourhood. Oakridge's development was further improved in the 1950s, when the Bloor-Danforth subway line was extended east to Warden Avenue.

MLS listings might note that most errands can be accomplished on foot in Oakridge. The neighbourhood is also wells serviced by public transit as bus routes on Victoria Park and Warden Avenues, and Danforth Road, link passengers to stations on the Bloor-Danforth subway line. The Danforth Go Train station, on Main Street, south of the Danforth, shuttles commuters to downtown Toronto's Union Station in roughly fifteen minutes.

Danforth Road offers commuters an east-west arterial roadway that ushers right into the core of downtown Toronto. It is roughly a twenty minute ride to downtown Toronto along this route, through one of the city’s most lively and vibrant shopping districts. Oakridge also has about 1 car share from Zipcar.

Oakridge real estate agents can notify potential homebuyers that the area has plenty of local amenities and shopping opportunities. Danforth Road is overflowing with small, independently owned retail stores and restaurants that accommodate the needs of the surrounding neighbourhood.

A popular destination spot for Oakridge residents is Shoppers World which is located at the south-west corner of Danforth Road and Victoria Park Avenue. This large shopping plaza is recognized for its many discount stores.

Entertainment attractions in Oakridge consist of recreational facilities as well as parks. The Oakridge Community Recreation Centre (63 Pharmacy Avenue) includes a health club with cardio and weight equipment, a sauna, and a whirlpool. This centre also houses meeting rooms that are used by local neighbourhood groups.

Oakridge Park is an attractive park with many excellent picnic locations. This local park has a children's playground, a spray pool, as well as a baseball diamond and a sports field.