10 homes for sale in Kennedy Park 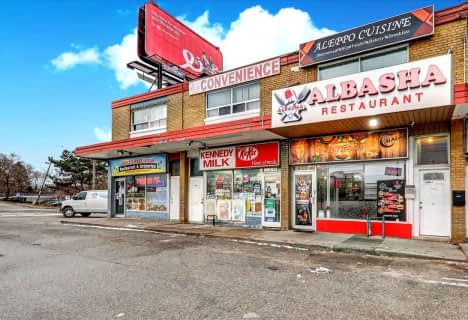 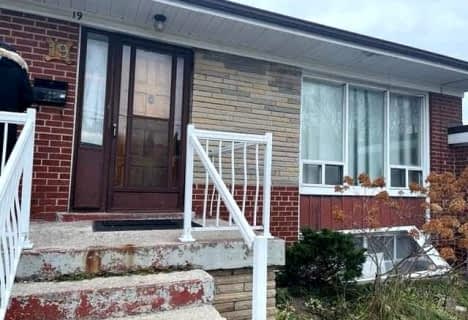 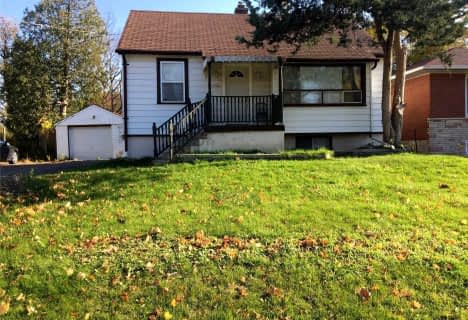 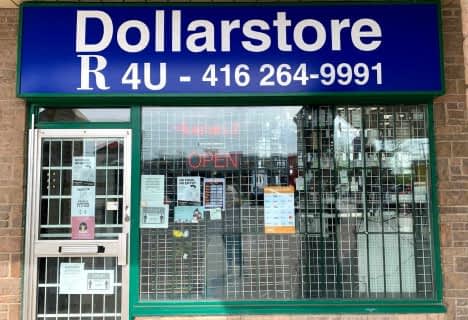 Kennedy Park, also known as Scarborough Junction, is a community in the district of Scarborough in the City of Toronto. It is bounded by Birchmount Road, Brimley Road, Eglinton Avenue, as well as St. Clair Avenue.

Kennedy Park is a culturally diverse family oriented community with many fine characteristics such as reasonably priced homes, a vibrant shopping corridor along Eglinton Avenue, and expedient access to TTC and Go Transit stations.

Real estate in Kennedy Park is due to the community’s history. The first European settlement in the region was the town of Strangford which was started at intersection of Victoria Park and St. Clair in 1863. Another small town called Mortlake was founded in 1865. The town's chief structure, the Halfway House Hotel, still stands today at Black Creek Pioneer Village where it was moved in 1962.

These small farming hamlets shifted when the vicinity became the junction of two major railways. The Grand Trunk Railway laid track over the area in 1856 and the Toronto and Nipissing Railway was welcomed in 1873. The industry of the area evolved from farming to supporting travelers and upkeep of the railroads. The two towns, Strangford and Mortlake, combined into Scarborough Junction. By 1896 Scarborough Junction became the most inhabited of all the villages in the Township of Scarborough.

The years after World War II saw Scarborough Junction become one of the first regions of Scarborough to be urbanized into modern suburbs. Its major road and rail lines made for easy travel to the city.

Homes for sale in Kennedy Park in the residential enclave south of Eglinton Avenue consist of small bungalows, storey-and-a-half houses as well as semi-detached homes constructed in the 1940s and '50s.

North of Eglinton, subdivisions like Treverton Park, which are situated on the east side of Kennedy Road, consist of rather bigger bungalows, split-level homes and detached, two-storey houses. These residential dwellings were built in the 1950s and 60s.

Kennedy Park also houses a large amount of high-and mid-rise rental apartment buildings, situated on the marginal streets of this community. A lot of these buildings are owned by the Metro Toronto Housing Authority and offer rents aimed towards income.

Scarborough Junction received its name in 1873, when a post office using the same title was launched in the Bell General Store, located on the south-west corner of Kennedy Road and St. Clair Avenue. The Junction part of this moniker denotes the two railways - the Grand Trunk and the Toronto-Nippising - which met at the south end of this vicinity.

In 1896, the Scarborough Junction was the most largely populated centre in the previous Township of Scarborough. It had its own school, a general store, and the Bethel Methodist Church. The historic Bethel Church Cemetery is noiselessly nestled away off Kennedy Road, south of Eglinton Avenue.

The building of Scarborough Junction happened in the late 1940s and the 1950s when farming hamlets were exchanged with rows of homes for war veterans' and cozy small bungalows. These houses sold very rapidly to young families who were searching for affordable residences in what was then the outskirts of Toronto.

MLS listings might offer potential buyers of homes for sale in Kennedy Park peace of mind to find that residents have quick access to the public transportation. The Eglinton Go Train station is located just west of Bellamy Road. This train service shuttles commuters to downtown Toronto's Union Station in just about twenty minutes.

The Toronto Transit Commission has bus routes which run along Kennedy, Midland, McCowan and Bellamy Roads and Eglinton Avenue and links passengers to stations on the Scarborough Rapid Transit and the Bloor-Danforth subway lines.

Kennedy Park real estate agents’ listings might describe the neighbourhood’s amenities as well as shopping opportunities. For example, the main retail shopping hub that services this area is situated along Eglinton Avenue.

Restaurants, a sports bar and professional and medical offices can all be found here in addition to other stores and services. Within the district are large supermarkets, a discount department store, home improvement stores, bargain and discount stores, a flea market, new car dealerships, auto service centres as well as video stores.

The Kennedy Park Plaza situated on Kennedy Road, and the Greystone Plaza at Danforth and Midland, are two other shopping plazas that accommodate the daily household needs of the residents of this community.

Prices of real estate in Kennedy Park depends on the closeness and availability of entertainment attractions and recreational facilities. The Mid Scarborough Community Centre (2467 Eglinton Avenue East) features a variety of arts and crafts, fitness, dance as well as social programs for children, adults and seniors. This community centre also has outdoor tennis courts.

The Kennedy Park neighbourhood has a big number of smaller parks with a variety of amenities such as baseball diamonds and children's playgrounds.