4 homes for sale in Guildwood 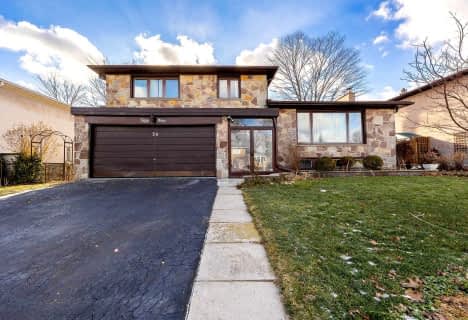 Guildwood has 11 homes on the market. Of the 10571 total properties listed in Toronto, Guildwood makes up just 0.1%. The average asking price of a property in Guildwood is $658,300, with an estimated mortgage of $2,230 per month. That is 2.7 times less of the average asking price of $1,771,001 in Toronto. Properties listed in Guildwood are an average of 333 square feet, with 1.7 beds and 1.3 baths. Guildwood has 9.1% apartments relative to all the other listings in this neighbourhood.

For real estate purposes, Guildwood is also known as Guildwood Village. It is a historic and residential community in the Scarborough district of the City of Toronto. It is nestled along the Scarborough Bluffs, south of Kingston Road, from Grey Abbey Trail in the east. In the past however, Morningside Avenue was the eastern boundary, to the end of Sylvan Avenue in the west.

Real estate in Guildwood Village is very well liked since it is one of Toronto's most attractive and exclusive communities. The main entrance to the Guildwood neighbourhood is discernible by an official stone pillar and cast iron gate, located at Kingston Road and Guildwood Parkway.

The foremost landmark in this community is the historic Guild Inn (201 Guildwood Parkway). The Guild Inn rests on ninety acres of property overlooking the Scarborough Bluffs. Local residents as well as tourists come to the Guild Inn to enjoy its historic architectural walking tour in addition to its rustic woodland nature path.

Guildwood Village has a lively community association that publishes and distributes its own newsletter and it sponsors a variety of local events. One of these events is Guildwood Day, which takes place in June and features a pancake breakfast, crafts, games, races, a parade along Guildwood Parkway in addition to an evening barbeque.

Homes for sale in Guildwood Village may be from the community’s outstanding mix of houses which include bungalows, split-level and detached two-storey homes. The original housing stock in this neighbourhood was built in the 1950s and 1960s, although there are newer custom built homes as well.

A lot of the homes in Guildwood Village feature front porches that face onto the tree-lined streets and verdant gardens which are trademarks of this community. What is allso remarkable about this neighbourhood is that many houses are situated on the south side of Guildwood Parkway and command spectacular views of Lake Ontario.

When Guildwood Village was developed, a bylaw was in place specifying that tall tress were not allowed to be removed from properties. So although the housing stock typically dates to about 45-60 years old, a majority of the trees in the neighbourhood are much more mature. Thanks to this old bylaw, the community is graced with picturesque tree canopies found throughout the neighbourhood.

The stretch of Guildwood Parkway west of Livingston Road consists of a combination of townhouses, multi-plex dwellings, as well as low-rise apartment buildings. There is also a luxury condo apartment building just south of Kingston Road, at the entrance gates to this community.

The history of Guildwood Village is centred around The Guild Inn which was established in 1932 by Rosa and Spencer Clark as a retreat for craftsmen and artists. "The Guild of All Arts," as it was referred to then showcased workshops and studios, in a scenic setting atop the Scarborough Bluffs.

During World War II, The Guild Inn functioned as an official naval base called "HMCS Bytown II”, and then afterwards as a specialized military hospital known as "Scarborough Hall." After the war, The Guild Inn was given back to the Clarks and its reputation rose to new heights.

In the 1950s, increasing taxes forced the Clarks to sell 400 acres of their estate to the developers who built the current day Guildwood Village community. In 1978 the Metropolitan Toronto and Region Conservation Authority purchased the rest of the Guild Inn property, thus preserving its splendour for future generations to enjoy and explore.

MLS listings note that some errands can be accomplished on foot in Guildwood. Public transit is also available as this neighbourhood has its own Go Train station which is part of a Lakeshore service that connects with Union Station in downtown Toronto. It is a 20 min GO train ride to Union Station.

Bus routes that breeze through this neighbourhood link transit users to the subway system.

Guildwood real estate agents can inform potential homebuyers that shopping opportunities exist it the neighbourhood. The Guildwood Shopping Plaza is situated at the south-east corner of Guildwood Parkway and Livingston Road. It accommodates the immediate needs of the inhabitants of this neighbourhood.

This shopping plaza has a swank tone and friendly community appeal. The collection of stores here include a barber shop, a bakery, a bank, a beauty salon, a large supermarket, a pharmacy, a travel agency, a postal outlet, a veterinarian clinic, and professional and medical offices.

One of the best amenities in this neighbourhood includes the Guildwood Public Library which is also located at this shopping plaza.

Homes for sale in Guildwood are popular because of historic influence of the community and the entertainment and recreational attractions which are located nearby. The picturesque Guild Inn gardens are adorned with sculptures and architectural relics from Toronto's past. A walkway on these grounds heads to the Scarborough Bluffs which overlook Lake Ontario. The Guildwood Park also features nature paths that make their way through a magnificent century old Carolinian forest.

The parks of the Guild Inn are a focal point of the neighbourhood. These grounds feature significant architectural remnants from across Toronto that have found a home here. In the summer, the Guild Inn hosts an Art in the Park event and live outdoor theatre productions.