4 homes for sale in Morningside 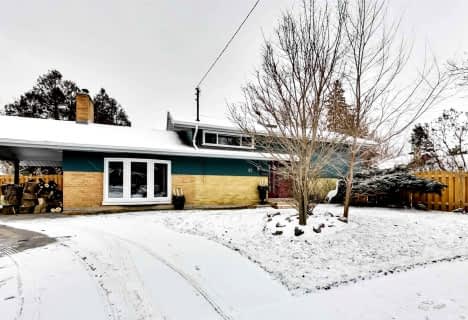 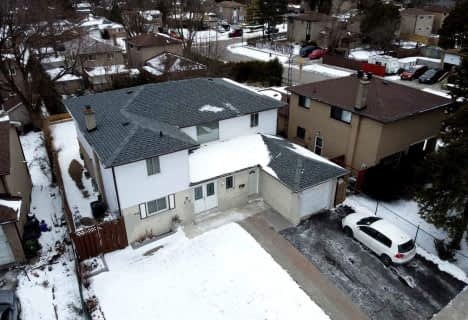 Morningside is a neighbourhood in the Scarborough district in the City of Toronto that is also known as Seven Oaks. This community is bordered by Highway 401 to the North, Morningside Avenue to the East, West Highland Creek and Lawrence Avenue to the South and Scarborough Golf Club Road to the West.

When it comes to real estate in Morningside, there is a mix of single detached homes as well as row houses and high rise buildings in the neighbourhood. When it comes to high rises, Mornelle Court is one of the examples which is wholly made up of apartment complexes. The homes for sale in Morningside have lower price tags in comparison to other Toronto neighbourhoods.

This community is located near many educational intuitions including Military Trail Public School, Brooks Road Public School and Highcastle Public School which are all for the elementary level. John Paul II Catholic Secondary School and St. Edmund Campion are the Catholic school systems in Morningside.

Homes for sale in Morningside might likely be from the original housing stock which was built in the 1950s and 1960s. In keeping with the era, a majority of the housing styles in this neighbourhood include detached bungalows and two-story homes. In addition to that, split-level properties and townhouses can also be found in this Scarborough neighbourhood.

Many of the residents in Morningside are actually owners of their homes; however, there are also a large number of rental apartment complexes located along Lawrence Avenue East. Furthermore, just off Scarborough Golf Club Road is a non-profit housing complex named Masaryktown which is located at the south-end of this community.

Morningside was first named “Elderslie.” This moniker was changed in 1856, when a post office was founded in the Morningside Inn. The owner of the Inn was known as Thomas Dowswell, and hailed from a small town in England called Morningside.

This Inn was historically important since it was the initial meeting place for the Scarborough Municipal Council. The previous Township of Scarborough kept conducting their meetings at the Morningside Inn until 1921, when the council chambers were moved to Kingston Road.

When the development of this area happened in the 1950s, the notable Morningside Inn was torn down to make room for the Painted Post Plaza. A large stone marker with a historical plaque can be found adjacent to the shopping plaza in honour of the Morningside Inn.

When it comes to real estate in Morningside, real estate agents might note on their MLS listings that residents are well served by TTC bus services on Bellamy, Markham and Ellesmere Roads. These routes link to the Scarborough Rapid Transit and Go Transit lines.

Commuters can take Markham Road north to Highway 401, which offers motorists quick connecting routes to most areas of the city. Travellers heading south on Markham Road can easily connect to Kingston Road, which provides a scenic route into downtown Toronto.

Morningside real estate agents may also inform potential homebuyers that the main shopping area in the neighbourhood is located at the intersection of Lawrence Avenue and Markham Road. Cedarbrae Mall includes more than seventy retailers and is flanked by major department stores including Wal-Mart.

Additionally, the Cedar Heights Plaza, located on the north-east corner of Markham Road and Lawrence Avenue features a large Chinese supermarket as well as a pharmacy, a discount department store, a hardware store, a sports store, bargain stores, professional and medical offices, a family restaurant and an East and West Indian food store.