9 homes for sale in Steeles 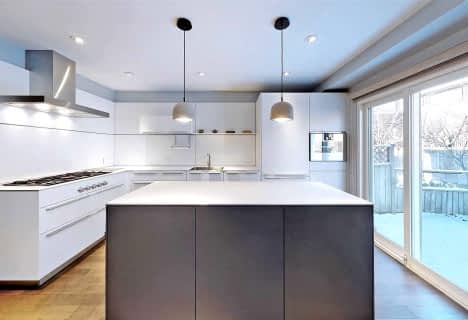 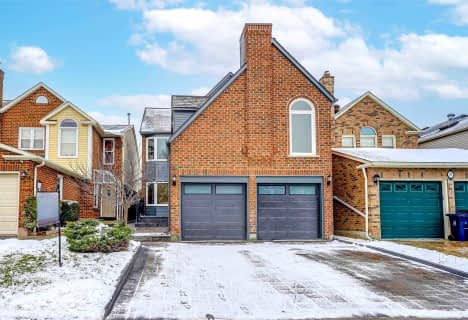 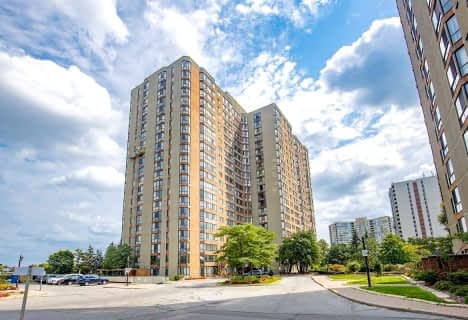 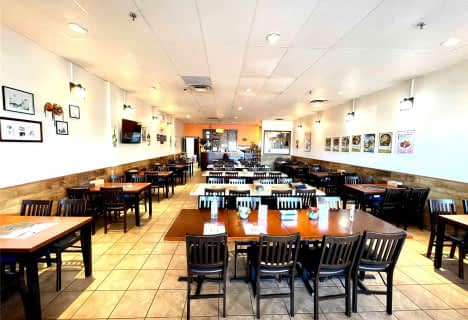 Steeles has 39 homes on the market. Of the 10571 total properties listed in Toronto, Steeles makes up just 0.4%. The average asking price of a property in Steeles is $775,958, with an estimated mortgage of $2,629 per month. That is 2.3 times less of the average asking price of $1,771,001 in Toronto. Properties listed in Steeles are an average of 600 square feet, with 2.1 beds and 2.2 baths. Steeles has 12.8% apartments relative to all the other listings in this neighbourhood.

Steeles is a suburban neighbourhood in Toronto, geographically located in the former district of Scarborough which was amalgamated into the City of Toronto in 1998. This community is positioned at the northern point of Toronto, the very north-western corner of Scarborough and is bounded by Steeles Avenue East to the north, Kennedy Road to the east, a hydro-electric transmission line to the south (only south of McNicoll Avenue) and Victoria Park Avenue to the west.

Before real estate in Steeles was developed; a majority of the land was covered by many trees that shed their leaves annually. The L’Amoreaux tract is the only region that has kept a significant amount of its original flora.

Steeles is situated atop the watershed of Highland Creek, explicitly West Highland Creek. The river's source can be found in the L'Amoreaux neighbourhood in a pond behind Mary Ward Catholic Secondary School. The domain around this pond is of the most scenic in the community.

For MLS purposes, Steeles is part of the Chinatown of Scarborough-Agincourt; one of three Chinatowns in Toronto.

Homes for sale in Steeles include units in apartment buildings. Some amenities of the apartments within Bamburgh Circle include private tennis courts.

Within the neighbourhood, over half of the residents are of Chinese descent; however there is also large populations of Greeks, English, East Indians, Scottish, Jamaicans, Irish, Italians, Trinidadians Guyanese as well as Fillipinos.

Benefits to living in Steeles include the close proximity to educational institutions. This community has six elementary schools, two high schools in addition to one public library.

Many high school graduates have continued to pursue post-secondary studies at Toronto's universities and colleges. In 2001, Steeles ranked ninth of the 140 communities in Toronto in the number of young adults who attended university.

The Steeles Library is the neighbourhood branch of the Toronto Public Library.

Before there were any homes for sale in Steeles, archaeological excavations led by Dr. Ron Williamson found remnants of a pre-modern aboriginal settlement adjacent to the pond in L'Amoreaux Park that is the source of West Highland Creek. The dug up area, known as the Alexandra site, generated some 20,000 archaeological artifacts from a Huron-Wendat community of roughly 1,000 inhabitants that thrived circa 1400 CE.

The majority of residential development was done by the early 1980s. Shepton Way was completed over the last farm in the neighbourhood. Construction is mostly complete in the area, except for some new homes and businesses that continue to be put up.

The closest highways are the Don Valley Parkway (404) to the west, the Express Toll Route (407) to the north, and the Macdonald-Cartier Freeway (401) to the south.

Although there are no specified bike lanes in the area, cyclists commonly share the roads in addition to using the sidewalks along them and bicycle paths in parks. Such paths are also often used for walking and inline skating.

The Canadian National Railway is just one block to the east.

For example, the Bamburgh Gardens Shopping Plaza (375 Bamburgh Circle) is the biggest shopping centres that can be found in the centre of the neighbourhood, one block south of Steeles off Warden.

Small and medium-sized businesses flank the east and west sides of the area; most commercial stores are centred in the west between Victoria Park and Pharmacy. Within this commercial area, the Bank of Montreal has a major Institute for Learning facility.

Steeles is an area with many entertainment attractions including annual events such as the Mary Ward Multimedia Exhibition. This is a large-scale, installation-based art and technology exhibit that takes place every spring at Mary Ward Catholic Secondary School.

The Guyana Festival is also something that attracts potential buyers of homes for sale in Steeles. It is held every summer at the L'Amoreaux Community Centre and it marks the anniversary of Guyana's Independence. This annual festival and has earned the merit of being the largest annual gathering of Guyanese out of Guyana.