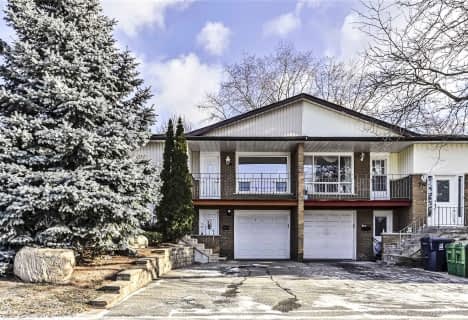 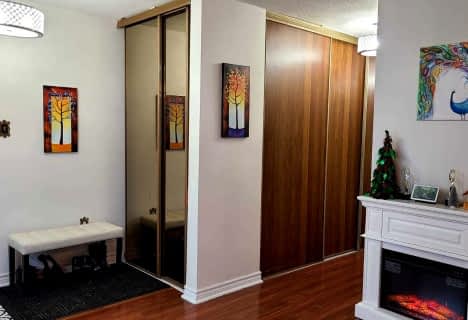 The Don Valley Village is an area in the city of Toronto located north of Highway 401. It is bordered by Finch Avenue to the north, Highway 404 to the east, Sheppard Avenue to the south and Leslie Street to the west. Similarly, the Don River Valley which is east of neighbourhood both have hill and gorge scenery.

Don Valley Village real estate listings differ in price range since a large number of and apartments in the region were built during the 1960s-70’s. Designs of all kinds are present here; there is a mix of choices from condominium townhouses, apartment buildings, split-level houses, semi-detached and detached single family homes available. The selection varies from door to door; the neighbourhood features Tudor, Georgian as well as more modern styles. Bordering the Don Valley Village is also a huge number of high-rise residential buildings.

Easy access to parks and a community centre is unmatched in this North York neighbourhood. The Cummer Park Fitness Centre, Oriole Community Resource Centre and Victoria Park Village are all within the Don Valley Village. Oriole Park, also within the vicinity, is the official site of the North York Tennis Association. Plus, shopping is simple to get to; one of Toronto’s largest malls-Fairview is in the community in addition to the Shops on Steeles/404.

Some homes for sale in Don Valley Village get to boast of the outstanding scenery of hills and ravines. This neighbourhood is a low to middle income area where many new Canadians of Middle Eastern, East Indian and Chinese immigrants reside. This community is located within close proximity to the highly esteemed North York General Hospital (4001 Leslie Street), situated at the south-west corner of Sheppard Avenue and Leslie Street.

Don Valley Village real estate prices can be associated with the availability of resources and entertainment nearby. The Fairview Library and Theatre (35 Fairview Mall) is the cultural and enjoyment centre of this community. The theatre has been screening films since 1976 and ordinarily features shows produced by local theatre groups. The Fairview Public Library offers innumerable programs for preschoolers, children, and adults.

The Don Valley Village neighbourhood was urbanized in the 1960s and 1970s. Yet, the pre-subdivision record of this area predates to the early 1800s, when it consisted of a collection of small farming settlements. The pioneer days of Don Valley Village have long passed, but three historical landmarks remain from that time. These relics include the Zion Primitive Methodist Church (1650 Finch Avenue East), dating back to 1873 and a fascinating small red brick Zion Schoolhouse (at 1091 Finch Avenue East) dating back to 1869.

The only remaining pioneer home in this area is the Alexander Muirhead (179 Old Sheppard Street) Victorian style farm house dating back to 1853. The house was initially part of the earlier O'Sullivan's Corners, a prospering junction community once located at the corner of Victoria Park and Sheppard Avenues. Today, with the addition of modern transportation, a lot has changed in the community.

Real estate in Don Valley Village benefits from its location, here, most errands can be accomplished on foot. Furthermore, the Don Valley Village area is tremendously well connected to the remainder of the city. The crossroads of Toronto’s two major freeways: Highway 401 and 404/Don Valley Parkway is nearby.

In the Don Valley Village area, shopping and amenities; as mentioned earlier, are abundant. Fairview Mall is the large local shopping centre situated at the north-east corner of Sheppard Avenue and Don Mills Road. The Cadillac Fairview Corporation has recently remodeled the site and it includes over 150 shops plus medical and professional offices. The other indoor shopping mall in the area is "The Shops on Steeles and the 404." This mid size shopping centre is flanked by a national department store as well as a medical and health centre.

Fairview mall is a nearby place where many entertainment options exist. Within the shopping centre there are various coffee shops such as Starbucks and Timothy’s, and a movie theatre with arcades is also available. A great fast-food court offers a variety of cuisines to try and chains like Spring Rolls and Moxies also have restaurants in the centre.

Electronic and specialty stores are included in the directory as well and department stores like Sears and The Hudson’s Bay Company anchor the mall.Since the neighbourhood is in a central location, entertainment attractions are never too far. Getting to downtown or uptown does not require much hassle with public transportation.