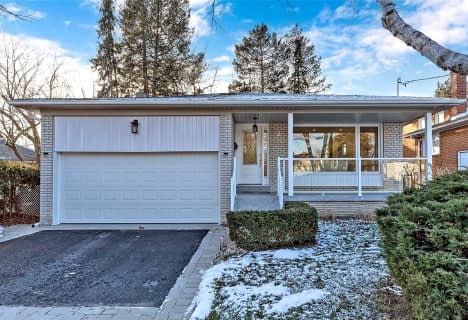 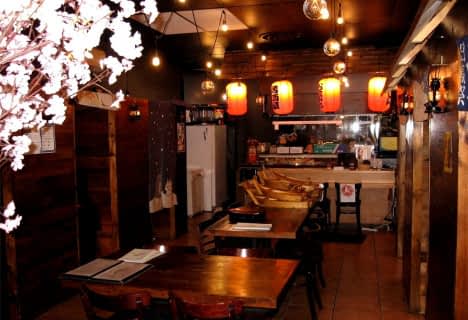 The Bayview Woods-Steeles vicinity is split by a sequence of ravines, and is mostly not regarded as a neighbourhood unto itself. The portions are more often split up between the neighbouring areas of Newtonbrook, Hillcrest Village, and Bayview Village. The neighbourhood is bounded by Steeles Avenue East to the north, Leslie Street to the east, Finch Avenue East to the south, and Bayview Avenue to the west. Voters in the district should know that Bayview Woods-Steeles is part of the provincial and federal electoral region Willowdale, and Toronto electoral ward 24: Willowdale.

Searching for Bayview Woods-Steeles real estate could end up as a scenic drive down the distance end to end of Bayview, from Rosedale to Steeles and will provide a good glimpse of Toronto’s reach of wealth. Although the area in the northern tip is very modest, the road boasts a sense of privilege. Perhaps residents are entitled to that since the community is graced with green spaces and curved roads. A spectacular ravine system creates the ideal path for those considering real estate in Bayview Woods-Steels to walk, jog, run or cycle along.

Closely gathered ranches are plenteous; though, west of the ravine, where the Don River begins, more magnificent homes lie into the landscape. Beside the natural splendor that crosses this area, the schools are excellent. Some of the educational institutions are Zion Heights Junior High School, Pineway and Steelesview public schools. Other public high schools that serve the area include Earl Haig Secondary School and A. Y. Jackson Secondary School.

Bayview Woods-Steeles real estate takes into consideration that several branches of the Don River connect in the middle of this neighbourhood and there is no lack of green space though as a result much is unusable because it is made up mostly of ravines. This neighbourhood is also known for diverging greatly in elevation. One example of this would be the segment in Cummer Avenue between Leslie and Bayview being particularly steep.

MLS listings will reflect the fact that Bayview Woods-Steeles is a middle-income community with the same amount of single detached homes as apartment structures with 5+ stories. The homeownership rate is close to 60% which is extremely over the average for the city of Toronto.

There is a very high population of Chinese immigrants coming to Canada each year; consequently this neighbourhood is a settling place for a large Chinese population. In addition, Bayview Woods-Steeles real estate agents also service a strapping Jewish community looking for property in that area.

Although this area is visually appealing, its natural layout turns it into one that is lacking in other ways. Shopping isn’t as easily accessable as in other areas, though the nearby community of Bayview Village to the south makes up for the shortage of community coherence.

The history in the Bayview Woods-Steeles area can be seen in the houses. The community is home to countless modest bungalows that sometimes display the expansions done throughout the years such as porches and verandas. Many of the residents in the community are preserving the style rules of the neighbourhood by continuing to use modernist styles. The attached garages, flat roofs and picture windows are what link the homes to their historical 1960s and '70s construction. The Cummer Park Community Centre is another piece of Bayview Woods-Steeles history as it is home to one of the very few area and skate parks that exist in Toronto.

Homes for sale in Bayview Woods-Steeles usually attract those who adore the outdoors. The spectacular ravine system fashions the perfect path for residents to walk, jog, run or cycle on. Getting around in this neighbourhood includes walking though only some errands can be accomplished this way. Because of the curvilinear streets and ravines in the Bayview Woods-Steeles area, it is not serviced by any subway stations. On the other hand, public transit is not completely out of the picture, the 11 Bayview, 39 Finch East, 42 Cummer, 51 Leslie and 53 Steeles East bus routes all run through the neighbourhood.

Some of major places such as malls and other shopping centre’s in and around Bayview Woods-Steeles include the following.

Another area of interest includes the Cummer Park Community Centre which has a swimming pool, an arena and a skate park.

In the Bayview-Woods Steeles community, entertainment options are a bit sparse. Heading out to the Bayview Village shopping centre is one great option. It has a great atmosphere and the décor is stunning, chandeliers illuminate the space as classical music plays through the speakers. Comfortable seating is scattered throughout the place and granite table tops can be found throughout. The washrooms are luxurious and designed with expensive materials.

Bayview Village is filled with stores, boutiques and specialty shops and events take place there often. Restaurants and cafes are also located inside the centre and grocery shopping can be done as well. Pusateri’s gourmet food store sells fresh and premade foods and a variety of other items. A Chapter-Indigo store equipped with a Starbucks is also inside the shopping centre.