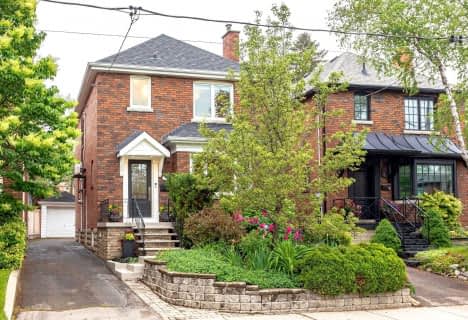 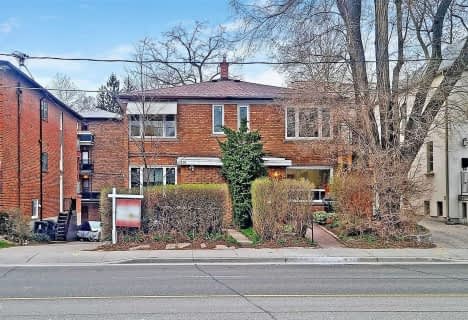 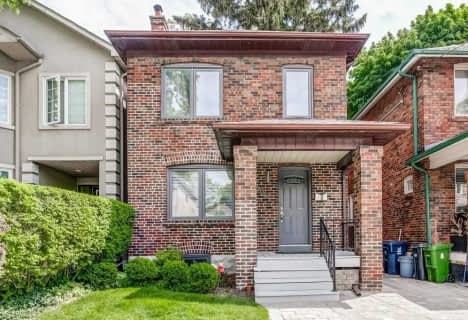 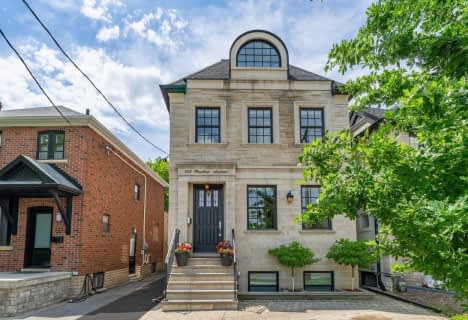 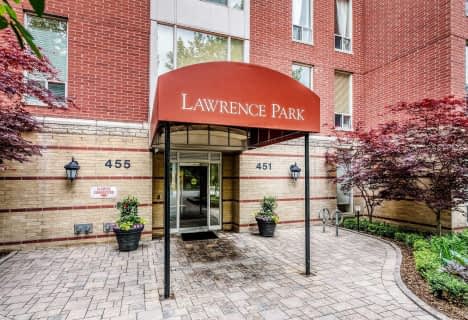 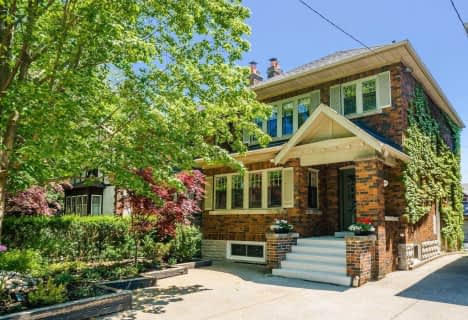 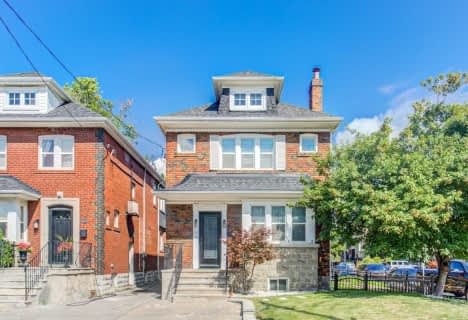 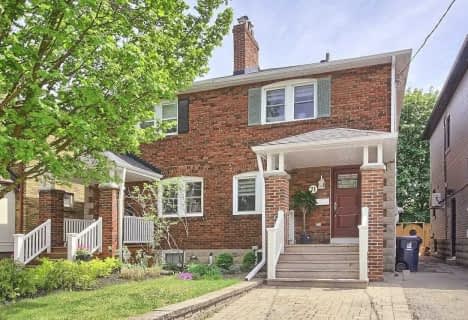 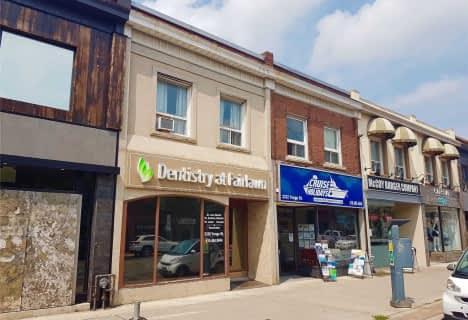 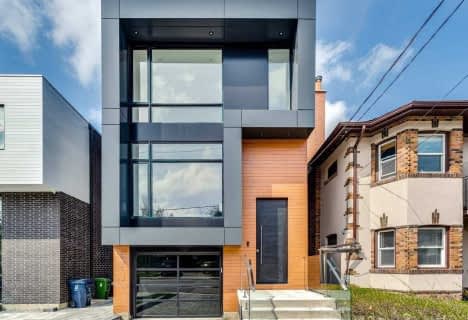 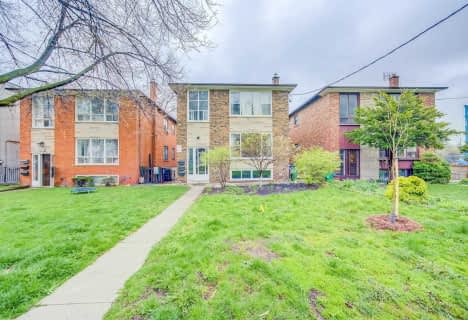 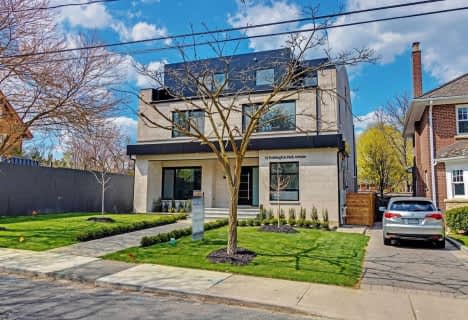 Lawrence Park North is one of the most exclusive residential neighbourhoods in the city of Toronto. Located Uptown, this community is nestled in a very tranquil and peaceful setting which consists of lush topography, gently rolling hills and winding roads. This neighbourhood has everything residents need just edging the community including schools and shops as well as recreational facilities.

Real estate in Lawrence Park North covers Bedford Park, Wanless Park, and Teddington Park. Lawrence Park happens to be one of the first planned garden suburbs in the city of Toronto. Development began in the 1900s though it was not completed until after WWII. The neighbourhood developed slowly with good-sized homes built on narrow but deep lots. Within the community there are few commercial businesses all within a five-minute stroll.

The nearest grocery store is close to Yonge and Lawrence. Many residents who live in the area take pleasure in the neighbourhoods several parks and ravine. Additionally, a lot of them are members of the sports and recreation centre named The Granite Club which is located on Bayview Avenue, just north of Lawrence Avenue. The membership to this club is expensive which assists in making it more exclusive. Lawrence Park is directly bordering another wealthy neighbourhood in Toronto named Lytton Park. These two areas are frequently confused with one other.

Homes for sale in Lawrence Park North are expensive, especially since the area was elected the wealthiest neighbourhood in all of Canada in 2011.The houses in Lawrence Park North are whimsical and consist of a mixture of architectural principles including Colonial, English Cottage, Georgian and Tudor Revival styles. A majority of these homes were erected between 1910 up until the late 1940s.

Many renovations have taken place in this neighbourhood and quite a few homes preserve some of the old features from days gone by. Some of the charm exists through the wood door and window trims, leaded glass windows, original hardwood floors and ornamental fireplace mantels.

The residents of this community take extreme pride in their neighbourhood and have had an active Lawrence Park Ratepayers Association for numerous decades. They are committed to preserving the community as a residential park. The LPRA serves the residents of the former City of Toronto boarded by Lawrence Avenue East, Yonge Street, Blythwood Road and St. Ives. The website and annual newsletter offer information about events and issues that take place in the neighbourhood.

The initial advertisement for Lawrence Park proclaimed that it was an 'aristocratic neighbourhood,' 'four hundred feet above Lake Ontario', and 'Far from the Lake Winds in Winter.' As attractive as that may have sounded to people looking for real estate in Lawrence Park North, the development in the area was irregular. Houses were not being built often because of interruptions by World War I and World War II, then a recession and later a depression. This neighbourhood was later completely developed in the 1950s.

MLS listings in Lawrence Park North might make mention of the fact that most errands can be accomplished on foot in the neighbourhood. A lot of the residents in the community are within walking distance to public transportation. The Yonge Street, Bayview Avenue, Lawrence Avenue and Mount Pleasant Road bus routes are close by.

Also, the Lawrence subway station, situated at the junction of Yonge and Lawrence, is part of the Yonge-University-Spadina subway line. In a five to ten minute drive from Lawrence Park North, the Yonge Street on-ramp to Highway 401 can be accessed. Lawrence Park North real estate agents can easily get to and from this community to show potential clients homes in the area.

Real estate in Lawrence Park North benefits from the close proximity to Yonge Lawrence Village. This uptown shopping district is family friendly and attracts people from the community as well as other parts of Toronto. This destination has earned a reputation as popular, a tight-knit community with so much to offer. With many specialty shops and boutiques, shopping can be done right in the neighbourhood. Also, for those who love to eat out, there are several restaurants ranging from fast food to fine dining.

Furthermore, the Yonge Lawrence Village offers plenty of services like hair care for the whole family and spa treatments. Fitness classes like yoga are available as well and a local music centre is right within the community.

Within the Lawrence Park North neighbourhood exists plenty of entertainment attractions and recreational facilities. Lawrence Park has a lawn bowling club and three clay surface tennis courts. An award winning multi-level strolling garden named the Alexander Muir Memorial Gardens is also located there. Those who can appreciate nature and fitness will also be delighted to know that the park also provides access to the Lawrence Park Ravine trail,

Fun and educational programs are often offered at the George Locke Public Library. Situated at the North West corner of Lawrence Park, this centre provides an assortment of programs for adults, children, and preschoolers.