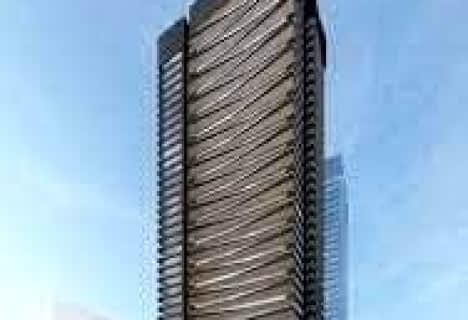 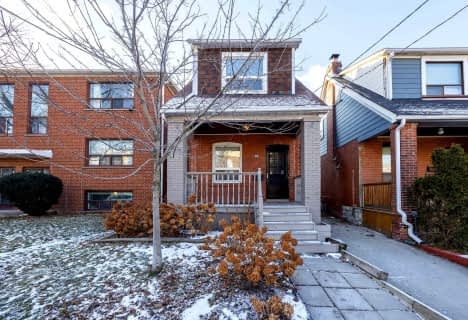 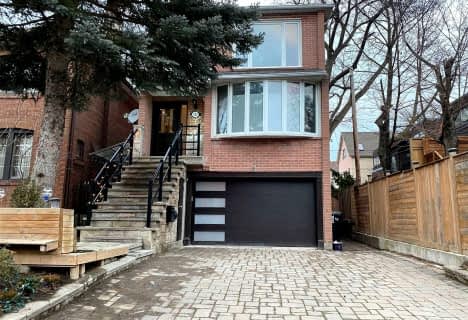 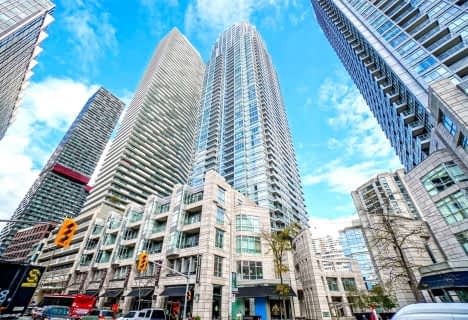 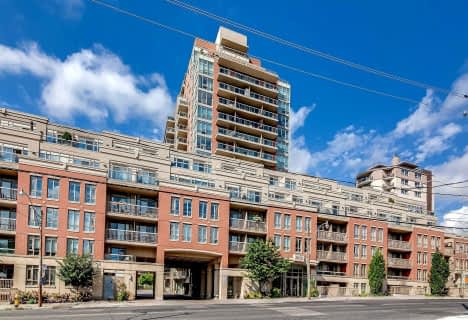 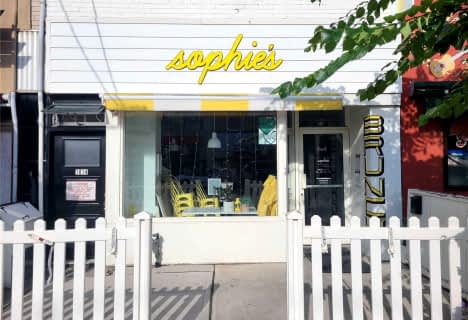 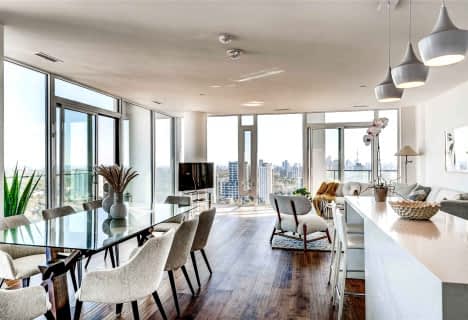 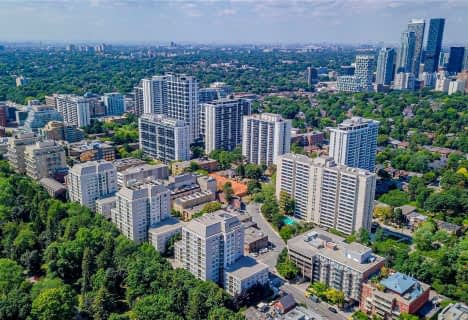 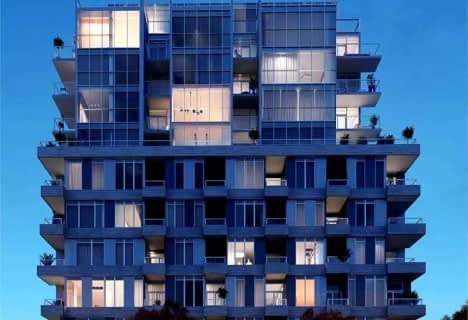 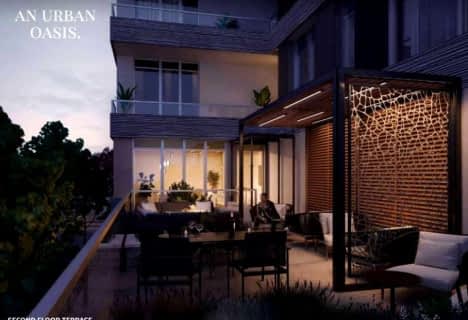 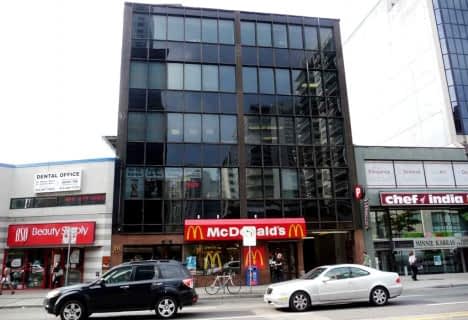 The Davisview Village neighbourhood in Uptown Toronto is divided into two sections, Mount Pleasant West and East. Mount Pleasant East is bounded to Blythwood to the North, to the east by Bayview Ave, Moore Ave to the South and Yonge Street to the West. The residents in this community are primarily in their working years and enjoy living in a neighbourhood where the home values are at par with their incomes. This is not a very affluent community; it is similar to The Beaches in demographics and income.

One of the chief physical features Mount Pleasant East is the streets as it accommodates high foot traffic. This neighbourhood is very busy and has a mix of various styles of old buildings. In addition, there is a good blend of homes built in the 1900s as well as contemporary apartments and condos for sale in Mount Pleasant East.

Since this is a very densely populated area, it is extremely safe and sustainable. The high concentration of residents in the area leads to the incorporation of abundant mixed-use areas. The neighbourhood consists of very few long blocks and frequent streets. The surrounding streets have very wide sidewalks which accommodates high pedestrian traffic.

In order for such an immense population of residents to flourish, there needs to be some kind of community space. Davisville Park is the recreational and social core of the Mount Pleasant East neighbourhood. It provides a local green area where neighbours alike have access to, during the earlier hours; small children can be seen enjoying the wading pool and playground.

Mount Pleasant East real estate agents will inform potential clients that this neighbourhood is in a central location. Plenty of singles or young families really like this neighbourhood because of its access to top notch recreational facilities. Furthermore, there is a plethora of shopping opportunities in addition to entertainment options. This neighbourhood includes an active night scene which features some of the nicest restaurants and bars. For a little all age’s fun, movie theatres are also present in the area.

The bulk of the homes in Mount Pleasant East was built in the 1920s and 1930s and varies in style. Some are English Cottage or Edwardian styles with two or three-stories. In addition, there are some walk-up apartment buildings and duplexes in the area as well.

The homes for sale in Mount Pleasant East are usually from the pool of smaller detached houses, semi-detached houses or bungalows. This section of the area also consists of a handful of historical houses from the late 1800s. Furthermore, it has become a trend to build custom homes in the neighbourhood and a growing number have sprung up recently. The neighbourhood is also home to quite a few of newer condo or apartment buildings.

Mount Pleasant East lies in Davisville Village which was named after John Davis. Davis was an immigrant to Canada who came from Staffordshire, England in 1840. He served as Davisville's initial postmaster and helped establish the Davisville Public School. He also managed the Davis Pottery, which turned into the Village's biggest employer.

The south portion of Davisville was subdivided in the 1860s on property mostly owned by the Davis kin. The north part of the Village was the property of the Church. This second territory of land, known as the Davisville Glebe, stayed undeveloped until 1911 when it was sold to the Dovercourt Land and Building Company, the same firm that administered the development of the Lawrence Park neighbourhood.

MLS listings will be sure to make mention of the fact that most errands can be accomplished on foot in Mount Pleasant East. However, if residents would like to venture out of the community for any reason, public transportation is also an option.

There is local bus service on Davisville Avenue, Eglinton Avenue, Mount Pleasant Road and Yonge Street. These bus routes link passengers to the Yonge-University-Spadina subway line. The Eglinton and Davisville subway stations at Yonge Street are realistically within walking distance of this neighbourhood.

Furthermore, this area provides drivers with expedient access to downtown Toronto via either Mount Pleasant Road or Yonge Street. Toronto's highways and expressways are situated within a twenty minute drive of Davisville Village.

Mount Pleasant East’s main shopping area is on Mount Pleasant Road. This shopping destination is known as Mount Pleasant Village. Here, people will find some of Toronto's finest restaurants and cafes on top of specialty food shops. This span of stores is also underscored by a huge collection of antique and collectable stores that lure in people from all over the city of Toronto.

Anything can be found here as this area is host to home decorating stores as well as children's toy and clothing stores. Furthermore, there is a neighbourhood library and an old fashioned movie theatre which add to the appeal of this street. Mount Pleasant East’s residents can also benefit from the shopping along Yonge Street, Eglinton Avenue and Bayview Avenue.

For someone considering purchasing a home for sale in Mount Pleasant East who is concerned about finding a great neighbourhood for entertainment, this is totally it. The Davisville area has an active nightlife with scores of pubs, restaurants, and movie theatres too. Moreover, the recreational options in this community are unmatched. In the local Davisville Park, there are six tennis courts; however they are used by the Davisville Tennis Club on evenings and weekends. Additionally, this club has an active house league and tournament schedule. Neighboring the tennis courts is a baseball diamond, which is very popular and mainly used by children and adult baseball leagues.