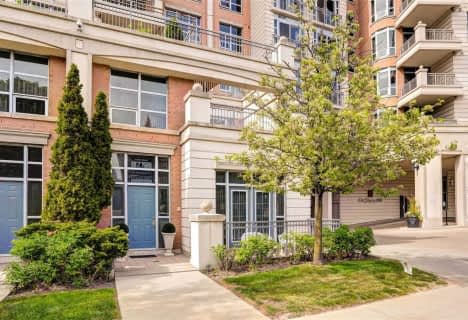 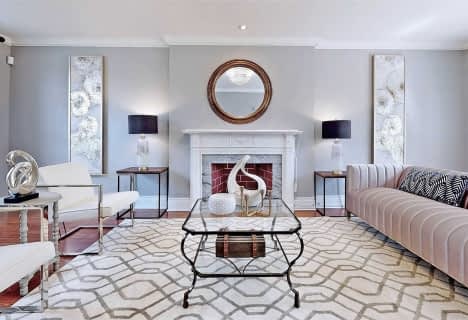 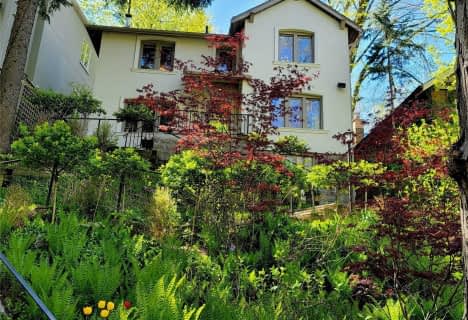 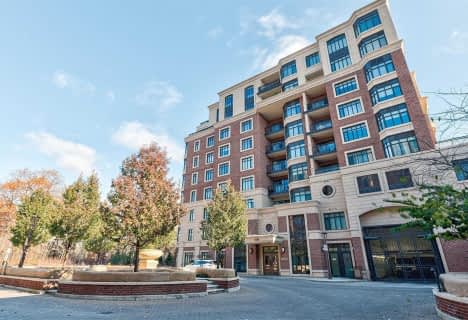 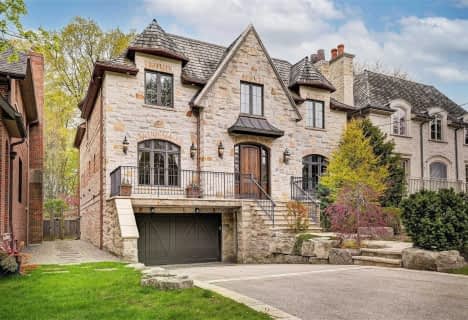 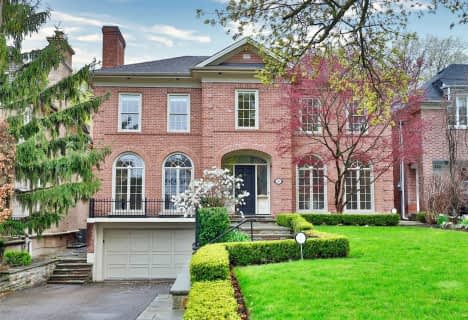 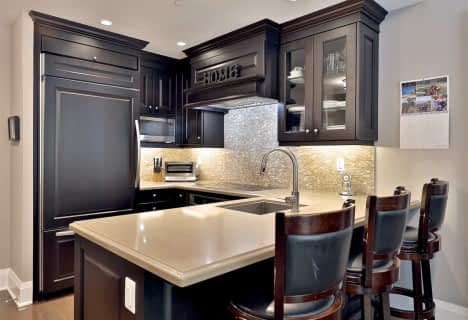 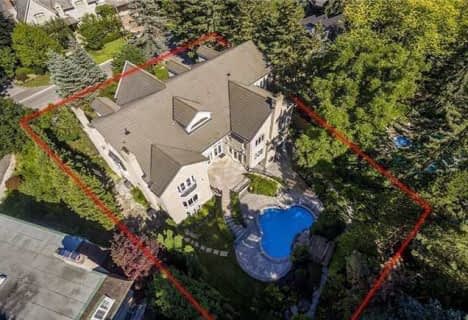 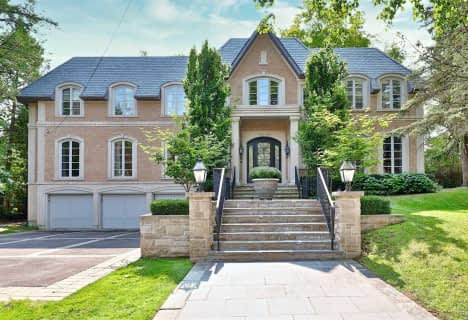 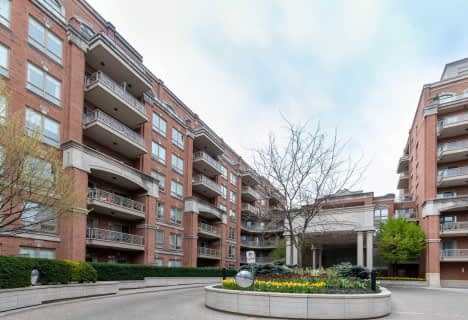 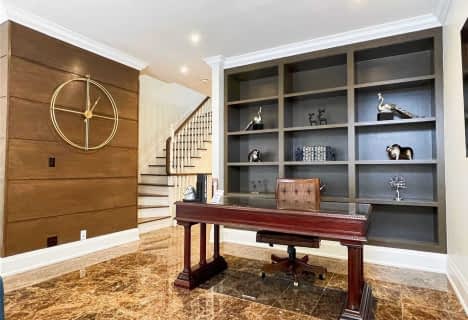 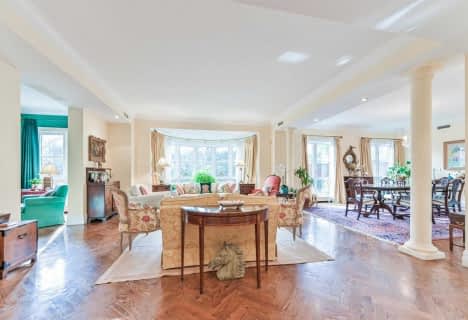 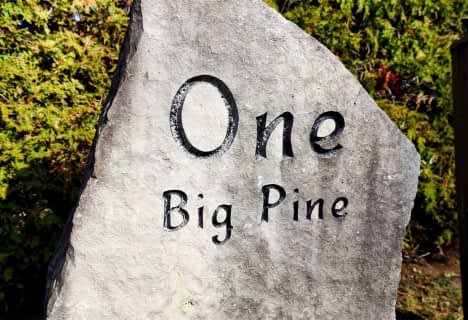 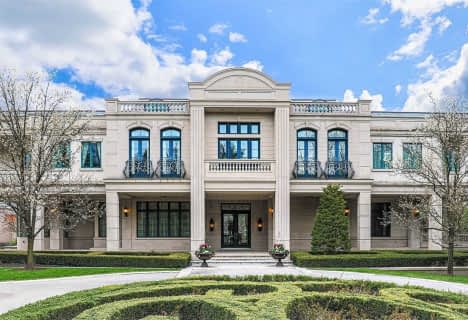 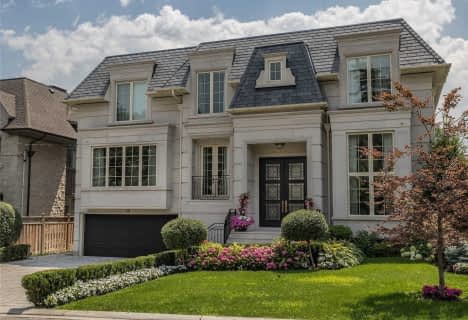 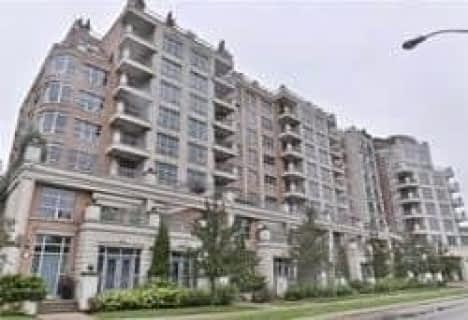 Bridle Path–Sunnybrook–York Mills is a civic and census district in Toronto and is the name officially elected by Toronto City Hall. To understand the district, it must be viewed as the following four quadrants.

York Mills, counting Hogg's Hollow, Lawrence Park and the Bridle Path, has been able to maintain a peaceful calm and natural beauty that has aided in making it one of Toronto's most desirable neighbourhoods. . Bridle Path–Sunnybrook–York Mills homes for sale can be very expensive as it is famous for its extensive properties, hundred year old trees and verdant landscapes.

All of these features create the perfect setting for the executive-style homes found in this neighbourhood. There are sections of Tudor inspired manor homes, English Cottage-like designs, and contemporary styles as well. There are also huge numbers of split-level houses and ranch-style bungalows which are steadily being swapped out by new custom-built houses.

MLS listings might also reveal a nice share of luxury condo buildings which have recently been built on the tree-lined hills around Yonge Street and York Mills Road. The Bayview Mills condo-townhouses positioned at the northeast corner of Bayview Avenue and York Mills Road offer entry-level prices into this exclusive neighbourhood. Contact Bridle Path–Sunnybrook–York Mills real estate agents for more information on what is available.

The upscale Bridle Path residential community is characterized by expansive multi-million dollar mansions and two to four acre (8,000 to 16,000 m²) lots. It is often dubbed "Millionaires' Row" as it is the wealthiest neighbourhood in Canada by household income, in addition to property values.

Although "The Bridle Path" is the name of a street in the area, the name generally applies to the neighboring area as a whole. It is usually bounded by The Bridle Path on the north, Wilket Creek on the east, Sunnybrook Health Sciences Centre on the south and Bayview Avenue on the west. Not too many roads allow access to the area which contributes to the area's exclusive feel. Prices of Bridle Path–Sunnybrook–York Mills homes for sale vary, but many of the houses sell for well over a million dollars. It is a private community, surrounded by the Don River Valley and green parklands.

The Bridle Path was a little bit more than just farmland up until 1929, the time that the Bayview Bridge was constructed across the steep West Branch of the Don River Valley. A Toronto-based land developer named Forsey Page visualized the Bridle Path as an "exclusive enclave of estate homes." He constructed the neighbourhood's first house, a Cape Cod Colonial style home located at 2 The Bridle Path. This home is attributed as the means for the development of the community.

In 1937, the land developer who designed the Don Mills community, E.P. Taylor, bought a huge plot of land north of the Bridle Path. The estate was named Windfields by his wife is now in use by the Canadian Film Centre. The park through which Wilket Creek streams behind this piece of land is known as Windfields Park.

Bridle Path–Sunnybrook–York Mills has irregular and complex boundaries. It is bordered on the north by York Mills Road. The west border starts in the north by following Yonge Street southward until it intersects with Yonge Boulevard. It turns east and trails the North York border for the rest of the district's east and south borders. With the Don River valley, it turns south, following an imaginary line dividing the Lawrence Park and North Toronto communities between Yonge Street and Bayview Avenue all the way to Fairfield Road.

The south border begins trailing Fairfield to Bayview, then follows Bayview northward temporarily to just north of Glenvale Boulevard. Here, it once again goes through an imaginary line that is also the boundary of North York, running east along the north margin of residences on the north side of Glenvale, and into Sunnybrook Park, to the point where Wilket Creek terminates and runs into the Don River. The district's east border is Wilket Creek.

Homes for sale in Bridle Path–Sunnybrook–York Mills factor in the proximity to shopping and amenities. In the area, shopping centres are available and include the popular York Mills Plaza as well as Bayview Village Shopping Centre. Bayview Village is a cool place where locals as well as visitors go to shop. Many special events take place here throughout the year, including a fashion show, and an antique and collectibles show.

For entertainment and enjoyment, the centre also has a health spa, public library, and four movie theatres. Golfers are in luck since this neighbourhood is very close to the picturesque Don Valley Golf Course situated west of Yonge Street and south of Highway 401.

Bridle Path–Sunnybrook–York Mills real estate agents are sure to introduce potential buyers to the many-sided York Mills Park Field. Positioned right at the southeast corner of York Mills Road and Bayview Avenue, it is a top summertime destination for families and friends alike.

Additionally, there is a York Mills Arena, a playground for children and a baseball diamond with recreational house leagues. The striking footpath at Windfield’s Park can be accessed through this park. A ravine valley trails the winding path of Wilkett Creek. Nature’s beauty can also be admired at York Mills Valley Park just South of York Mills and East of Yonge. There, busy tennis courts and a children’s playground can be found. At the rim of the park at Yonge and Mill Streets, the famous Miller Tavern is located.